The future relationship talks are “reaching the end of the road” and a moment of truth is looming for the prime minister. 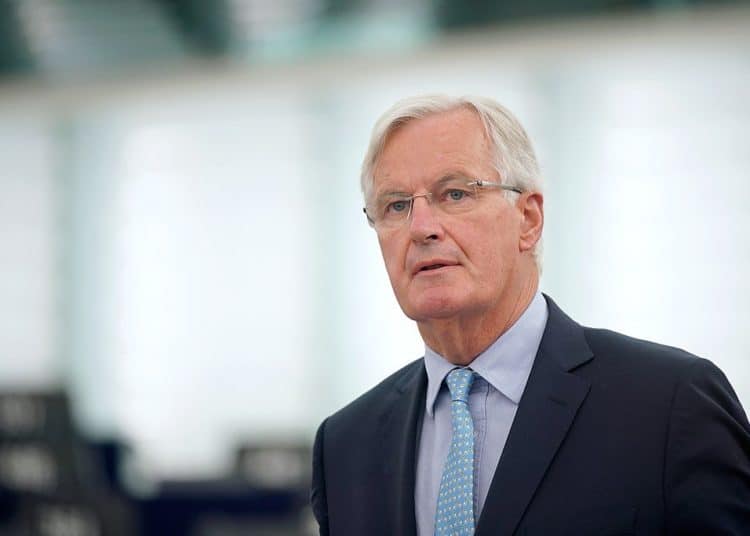 The future relationship talks are “reaching the end of the road” and a moment of truth is looming for the prime minister.

The Times claims Johnson has been told that he has just two weeks to save the future relationship talks, with the EU refusing to “move forward” until Britain sets out its state aid regime. David Frost, the UK’s negotiator, has hit back, saying Britain is not going to draw up such a key economic policy on a “timetable dictated to” by the EU.

Michel Barnier and David Frost will hold emergency talks next week in an effort to save the negotiationhttps://t.co/ECQw4WFkvE

That other Murdoch newspaper, The Sun, is reporting in similar vein that Michel Barnier has appealed to EU27 heads of state to make an approach to Johnson, whom Brussels believes is “detached from the process” and mistakenly under the impression that the future relationship talks are “moving in the right direction”.

An unnamed EU official is quoted saying that Barnier needs leaders to explain to the prime minister that “we’re reaching the end of the road and it’s the moment for political choices”.

The Sun characterises Barnier as becoming “desperate” to avoid the talks breaking down, although the text gives a rather different impression. A planned update on Brexit has been removed from a meeting of EU ambassadors next week. EU leaders are said to be deciding in mid-October whether to give the go-ahead for a final push or “pull the plug and brace for no deal”.

An EU source said, “Merkel has thrown the door shut for now given the lack of progress in the talks. It will all now hinge on October”.

Refusing to extend the transition period was a huge tactical error on Johnson’s part, which will become obvious as the clock ticks down to the end of the transition period. With just days left to get the principles of a future trade deal agreed, Johnson has boxed himself in once more and has just one option – to accept a thin, highly asymmetric deal tilted in the EU’s favour.

No other outcome is now possible.

Despite all the threats of leaving without a deal, Johnson knows coronavirus has made what was always an unlikely outcome, an inconceivable one. British businesses, woefully unprepared for a no deal Brexit and already reeling from the economic impact of Covid-19, will suffer a second body blow when furloughing support comes to an end in October. A third, self-inflicted one would be political suicide.

Bloomberg reports that companies not only lack the cash to stockpile for a no deal Brexit, but are “unwilling to pay further Brexit-related costs on top of those already incurred preparing for previous deadlines”.

And the government itself is struggling to get the necessary infrastructure and IT systems ready in time. Amazingly, the Goods Vehicle Movement Service required to avoid massive queues at the Channel Ports is still in the research phase, with fewer than 90 working days to go.

Trade agreements normally take years to negotiate, with painstaking sector-by-sector negotiation on reducing or eliminating tariffs and quotas over thousands of commodities and products. The compressed time frame that Johnson insisted on has ruled out that approach, since it requires regular and lengthy consultation with different sectors about concessions or adjustments that might be needed.

An “unprecedented” zero-tariff, zero-quota agreement thus became the only available option as soon as Johnson ruled out extending the transition period, simply because there was no time for anything else.

The EU’s guidelines, set out as long ago as April 2017, state clearly that “any agreement with the United Kingdom will have to be based on a balance of rights and obligations, and ensure a level playing field”.

An unprecedented zero-tariff, zero-quota agreement has only made the EU even more determined to offer no concessions to the UK and to stick to its “core principle” of demanding a level playing field. Meanwhile, Britain’s chief negotiator is balking at any idea of accepting EU supervision on what he now says are “so-called” level playing field issues, and has even questioned why the EU needs to see the UK’s so far unpublished policy on state aid.

All of which has resulted in the present stalemate after seven rounds of negotiations and a “wasted summer.”

Johnson has little room for manoeuvre and will shortly be forced into a humiliating climb down.