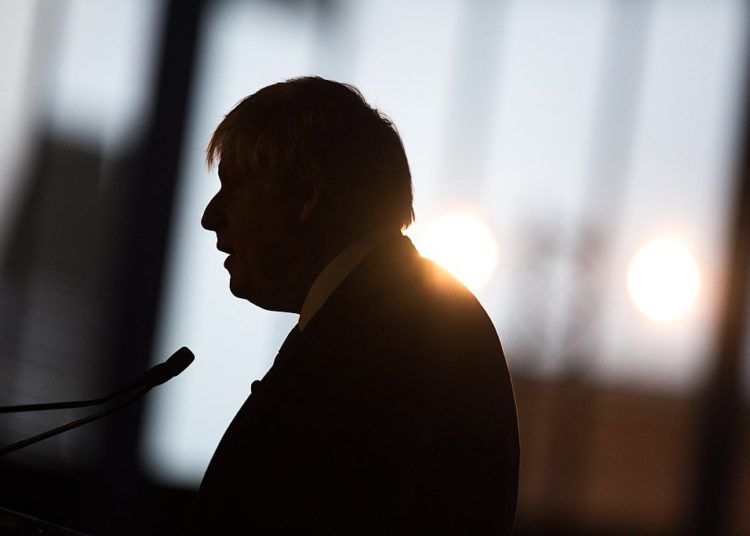 The prime minister’s latest deadline came and went yesterday with no free trade agreement in sight and the resolution agreed by the European Council not only ignored it completely but called on the UK to “make the necessary moves to make an agreement possible”.

Last night his spokesperson at No 10 said Mr Johnson, “noted the desirability of a deal” during his pre-summit call with Mrs von der Leyen but “expressed his disappointment that more progress had not been made over the past two weeks”.

The spokesperson added, “The prime minister said that he looked forward to hearing the outcome of the European Council and would reflect before setting out the UK’s next steps”.

Having reflected (spoken to Dominic Cummings) overnight, he had to make a decision (or announce the one made by Cummings) – which perhaps was to walk away and conclude, as he said on 7 September, that there was “no sense in thinking about timelines that go beyond that point [October 15]. If we can’t agree by then, then I do not see that there will be a free trade agreement between us, and we should both accept that and move on”.

Yesterday the EU called his bluff. The UK had to make the necessary concessions or walk away. In the end, our dithering prime minister couldn’t bring himself to do either. He kicked the can down the road. The BBC reported that Johnson declined to be drawn on whether the UK was now willing to walk away from the talks but he was quoted as saying:

“Given that [the EU] have refused to negotiate seriously for much of the last few months, I have concluded we should get ready for 1 January with arrangements more like Australia’s based on simple principles of global free trade.

“For whatever reason it is clear from the summit that after 45 years of membership they are not willing – unless there is some fundamental change of approach – to offer this country the same terms as Canada.

“And so with high hearts and complete confidence we will prepare to embrace the alternative”.

But negotiations haven’t ended. They are set to continue, and business still doesn’t know for sure if there will be a deal or not. In other words, nothing has changed. Like Theresa May he is trapped between the Tory party’s current delusions and reality and, like his predecessor, has chosen to delay rather than confront the uncomfortable truth.

His non-decision will have revealed to the EU27 that he isn’t willing to end the talks and that sooner or later, the UK will quietly make the concessions but claim any deal as a victory. The closer we get to 1 January the more likely it is that he will have to give ground.

Johnson cannot afford another crisis. He is at loggerheads with the mayor of Greater Manchester, the devolved administrations in Scotland, Wales and Northern Ireland, his own scientists, most of local government, the opposition, the House of Lords and even some of his own MPs.

Deliberately getting into another one while the second wave of coronavirus spirals out of control and the economy begins to resemble a smoking wasteland is one huge crisis too far – and he knows it.

The all-party campaign group Best for Britain recently carried out polling of 8,000 people across the United Kingdom and found there is no region that believes leaving the EU without a trade deal is a good outcome:

Which means Johnson is also at odds with the British people. There will be a deal and he will make the necessary concessions. Watch this space.

Finally, a No 10 spokesperson (aka D Cummings) issued his usual antagonistic warning that “the trade talks are over” and advising Michele Barnier not to bother coming next week unless “he’s prepared to address all the issues on the basis of a legal text in an accelerated way, without the UK required to make all the moves or to discuss the practicalities of travel and haulage”.

Expect more of this rhetoric as both sides up the ante.

In a last desperate throw of the dice, the UK’s chief negotiator has now spoken to Michel Barnier and apparently advised him not to bother coming to London on Monday unless there are “fundamental changes,”