As Johnson marks the first two years of his chaotic and increasingly scary premiership, many Conservatives may be regretting their choice 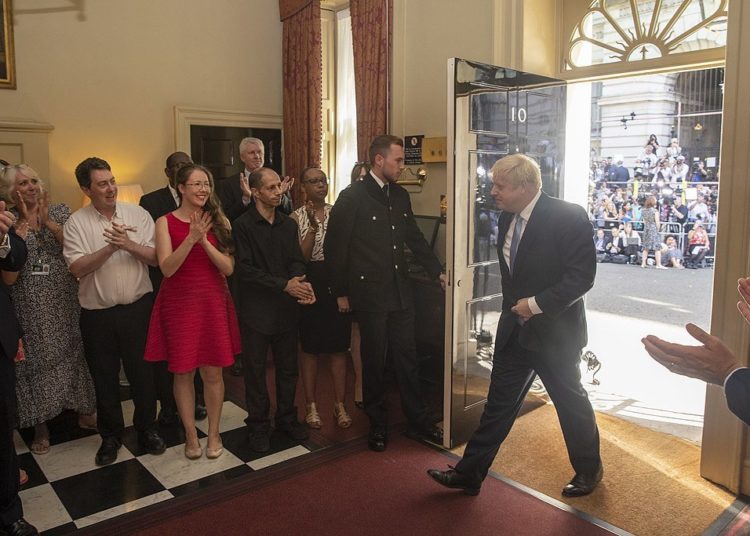 Some of the dwindling band of more moderate members of the Conservative Party might be forgiven for thinking, as Johnson marks the first two years of his chaotic and increasingly scary premiership, that in 2019 they saddled up a tiger from which they cannot now dismount.

Not all Conservatives are impressed at the damage being inflicted on this country’s integrity, cohesion, health, social and cultural values and economic output by Johnson’s rampant populism. They are forced to look on helplessly at a dizzying series of catastrophic policy mistakes, U-turns, gaffes, personal impropriety and ministerial corruption scandals while a puzzling double-digit poll lead makes the prime minister all but unassailable.

Senior Tories on the centre right probably rue their own wishful thinking that the weight of office would restrain the deeply flawed mercurial former London mayor into become more like a conventional prime minister. That hasn’t happened.

Johnson has already exposed the shortcomings of our constitution

Far from him bending to conform with the sort of standards expected from every British prime minister since William Pitt, it is the ramshackle British constitution that now lies twisted and broken. A report by the Constitution Society in 2019 warned that our uncodified constitution relied heavily on ‘good chaps’ but said, the current political environment has given us ‘chaps’ who are less inclined to be ‘good.’

Step forward Alexander Boris de Pfeffel Johnson, a man who has spent a lifetime breaking rules he felt should not apply to him. He routinely and openly breaches his own ministerial code, lies to parliament at every opportunity and treats the nation as nothing more than a plaything.

Slogans are no match for dealing with reality

To mark his second year in office, his former senior adviser Dominic Cummings has launched another blistering attack in a BBC interview, telling Laura Kuenssberg that Johnson “doesn’t have a plan, he doesn’t know how to be prime minister and we only got him in there because we had to solve a certain problem [Brexit?] not because he was the right person to be running the country ”. Tell us about it.

On entering Downing Street, officials were advised not to burden the new PM with lengthy policy papers and preferably to keep complex issues down to two sides of A4 maximum.

With the departure of Cummings last November, even three-word slogans have become excessive, the PM apparently unable to cope with anything longer that two. We now have ‘global Britain’, ‘freedom day’ and ‘levelling up’ although in industry, as the stream of post-Brexit relocations to a grateful EU continues, there is talk of this last one being reduced still further to simply ‘levelling’.

Johnson’s first two years and the politics of lies

There is little point in going through Johnson’s flaws. They are well documented but two recent articles about the prime minister are worth reading.

The first, by Annette Dittert, the Cologne-born London bureau chief of the German broadcaster ARD, concerns the rise of the political liar.

The politics of lies: Boris Johnson and the erosion of the rule of law, first appeared in the German politics magazine Blätter, but proved so popular that the New Statesman later published a professional translation. It should wake people in our own media from the apathetic torpor into which they have sunk, although that too may be wishful thinking.

One of Dittert’s key points comes from the American philosopher Harry Frankfurt: “If you lie, you must know the truth, and keep an eye on the facts as your reference system. That way, truth ultimately retains its validity.”

The danger comes, as Frankfurt put it, when people become “indifferent to the truth” and are unable for distinguish between fact and fiction. This “undermines the political culture of a democracy that depends on the distinction between what is true and what is false”. Johnson’s entire life and career has been based on there being no such distinction.

Truth has indeed lost its reference points and has reached the level of junk bonds in political discourse. This will be his legacy.

The second is by Andrew (Lord) Adonis, writing in Prospect magazine, with the title: Boris Johnson: The Prime Etonian. It is a brutal recognition that Johnson has changed British politics and not for the better. Adonis quotes the prime minister telling a friend, before he become an MP, “I haven’t got any political opinions”.

Johnson was (and probably still is) ambivalent about Brexit. After Cameron announced the date of the referendum in the house of commons, Johnson told Adonis he was “buggered” if he knew which side to take.

This is the man who has driven through what is perhaps the biggest single policy change of any British premier since Edward Heath, 50 years ago, but didn’t know whether he believed in it or not. The impact will be felt for years if not decades and probably cost £trillions.

But after two years, dark clouds are gathering for the prime minister.

The decision to lift restrictions this week, as cases of the Covid-19 delta variant rise exponentially, is a “dangerous and unethical experiment” according to a letter in The Lancet signed by over 1,200 scientists, but entirely in keeping with Johnson’s reckless instincts.

Sir Jeremy Farrar, a director of the Wellcome Trust, described by the Financial Times as the UK’s largest provider of non-governmental funding for scientific research, has written a book (Spike — The Virus v The People: The Inside Story) to be published next week but serialised by The Sunday Times, which gives a damning picture of Johnson’s handling of the pandemic.

He quotes Cummings who claimed Johnson rejected the idea of pushing back aggressively against the ‘bonkers’ lockdown sceptics in the media, saying, “The trouble is, Dom, I’m with Bonkers. My heart is with Bonkers, I don’t believe in any of this, it’s all bullshit. I wish I’d been the mayor in Jaws and kept the beaches open”.

This may yet prove the most personally damaging of all.

The first period of Johnson’s premiership was characterised by the Brexit impasse and the pandemic and there was, and still is, some sympathy for him. But that will come to an end as the pile of self-inflicted problems grows in the prime ministerial inbox.

Brexit is far from done. The disastrous impact of Brexit will become clear as the economic effects of Covid-19 recede. Hobbling the economy by increasing barriers to trade with our largest overseas market will provide the backdrop for policy choices for years to come.

The British International Freight Association (BIFA) is warning that the challenges from January 2022 are likely to be even greater than those of last January, as the UK moves towards implementing stages 2 and 3 of the border operating model intended to control the import and export of goods to the EU.

Food supply chains in Britain are “right on the edge of failing” according to the British Meat Processors’ Association (BMPA) and reported by Reuters. Although they blame the Covid-19 tracing app, which has told hundreds of thousands of workers to isolate, it is notable that food shortages are not being experience elsewhere in Europe.

The government’s ‘command paper’ calling for the Northern Ireland protocol to be renegotiated is almost laughably self-pitying, blaming the EU for all of the problems while exonerating the men responsible. It offers no serious answers and was flatly rejected by EU Vice President Šefčovič within hours.

It masks a serious problem. Half the population of the province, from the nationalist side, support the protocol as setting a clear ultimate course for Irish unity. Unionists oppose it for the same reason. The peace process is at risk, as many experts warned in 2016, amid all the old divisions reopened by Brexit.

Priti Patel is facing questions about controls on our borders as the number of migrant and asylum seekers crossing the Channel reaches record numbers. The BBC says 430 people arrived on Monday alone, bringing the total this year to a record 8,000. Brexit means returning many of migrants to EU member states has become far more difficult. The Home Office has agreed to pay France £55m to increase border security. Brexit was supposed to allow the UK more control over its borders.

Meanwhile, nurses have been offered a 3 percent pay award from the government but are threatening strike action. Other public sector workers are being offered no increases at all, meaning a pay cut after inflation (which is starting to rise ominously). Trade unions are spoiling for a battle.

Even the single bright spot, constantly highlighted by Johnson, of the UK’s successful vaccination roll-out, is about to fade as the EU’s programme gathers speed. It seems likely that we will be overtaken shortly by the EU, with Denmark already ahead of the UK in the combined number of those fully and partially vaccinated, and Spain close behind.

When the Tory party chose the unreliable but popular Johnson over the conventional ‘affable lummox’ Hunt, they entered into a Faustian pact in much the same way as the US Republican Party did with Donald Trump. The prospect of retaining power triumphed over common sense.

If the accusations of reckless incompetence, the avoidable death of thousands of covid victims, food shortages, the constant stream of business and businesses shifting to the EU, the reigniting of the troubles in Northern Ireland and a wave of public sector strikes does not damage Boris Johnson, it is hard to see what will, or what the future might then hold for the nation that elected him.

Complacency on climate change with only 100 days until COP26