Brexit trade talks are at a tipping point and a breakthrough or a breakdown is imminent. 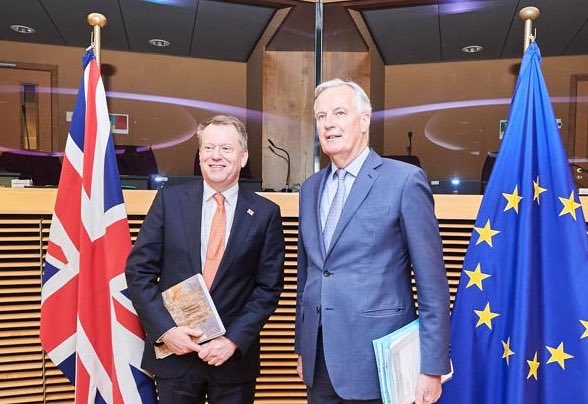 The EU-UK trade talks are at a tipping point. Michel Barnier has reportedly warned David Frost that without a major negotiating shift by Downing Street, he will pull out of the Brexit negotiations this weekend.

A government spokesperson said the UK is keen to resume face-to-face talks but added that it was, “for the EU to decide when and if they come”. Barnier is meeting later today with some EU fisheries ministers as part of his normal routine of briefing member states and is now expected to arrive in London for more talks this evening.

In line with Belgian rules, my team and I are no longer in quarantine. Physical negotiations can continue.

The sticking points are still fishing, governance and the level playing field (LPF). The last of these may seem innocuous, but will prove the most politically contentious and difficult. The problem is hardly new: it was identified in March 2017 by former head of the World Trade Organization, Pascal Lamy.

Lamy told an audience at the Institute for Government that it is one thing to have a tariff-free and quota-free trade deal, but the EU has tough product standards and “that’s a major problem unless the UK agrees systematically to follow the continental standards”.

Likewise, Barnier delivered a speech in November 2017 at the Centre for European Reform, in which he pointed out how unique the talks would be, with no precedent to guide negotiators:

“We need to ensure a level playing field between us. This will not be easy. For the first time ever in trade talks, the challenge will be to limit divergence of rules rather than maximise convergence”.

How right he was. Agreeing to align dynamically with, or not diverge excessively from, an evolving EU rulebook without having any influence in making the new rules is going to prove a hard sell politically for the prime minister, as it implies a constraint on sovereignty. The ERG have already pre-emptively warned Johnson they will vote against a UK-EU deal if sovereignty is not preserved.

One Eurosceptic source told The Telegraph: “If a large body of Tory MPs branded it BRINO [Brexit in name only] and voted against the Tory party [then] Boris is toast. They know that and so presumably will avoid it”.

If an agreement is concluded, it will doubtless cover provisions on the LPF and could leave Johnson with no option but to rely on Keir Starmer and Labour to push legislation through in order to implement the resulting UK-EU treaty into UK law.

So, if the talks are to founder, it will probably be on this key issue. Brussels cannot allow a former member to have tariff and quota-free access to the single market while allowing it to diverge from EU rules and undercut EU companies. This is impossible.

Britain has repeatedly said all it wants is a deal like the Canadian CETA (Comprehensive Economic and Trade Agreement), which was signed in 2016 and is still going through the ratification process, although it has been provisionally in force since September 2017. What does that say about divergence? Nothing, in fact quite the opposite.

Chapter 21 (page 173) is about regulatory cooperation and includes five references to convergence, greater convergence or the promoting or enhancing of convergence. The objective is to “prevent and eliminate unnecessary barriers to trade and investment”.

The clear aim of CETA, is to “avoid unnecessary regulatory differences”, and presumably to completely align rules governing trade. Compare that with the UK government’s position, where the main objective is to deliberately erect barriers to trade by diverging from single market rules. We are not asking for a Canada-style free trade deal, whatever the UK government might claim.

Once you have declared that your aim is to diverge in order to become more competitive, the next and most obvious question is: how far? That end state is much more difficult to define in legal text. And why should the EU allow an ex-member to gain an unfair advantage by tilting the LPF in their favour anyway?

This is not just about EU product rules, which will have to be met under any circumstances, but about flanking policies covering, as Barnier outlined in 2017, “fair competition, state aid, tax dumping, food safety, social and environmental standards”.  Without them, he added, there will be no “ambitious partnership.”

Brussels has never wavered in its demand for robust guarantees that trade will not be distorted, and the UK internal market bill can only have increased resolve. Trust is now at a premium. You can have undiluted sovereignty, or a tariff and quota-free trade deal. You can’t have both.

A breakthrough or a breakdown is coming soon, but either way the cake eating must come to an end.