Bob Buxton talks to John Hackett about democracy, devolution, and the balance of West Yorkshire ahead of the inaugural city-region mayoral elections this May. 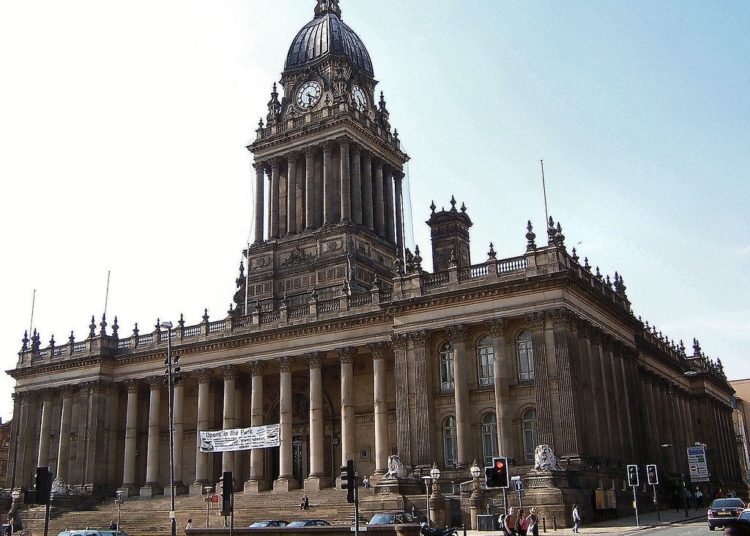 “Leeds Council” by ali_pk is licensed under CC BY-NC-SA 2.0

The Yorkshire Party’s seven-year history has been action-packed compared to most comparable periods. The coalition, the Scottish independence referendum, the rise of Corbynism, Brexit, covid and the crumbling of the red wall have marked a particularly challenging time to be a new party. Votes coalesced around the major parties in 2017 and 2019, but the Yorkshire Party has continued undeterred.

Party stalwarts like leader Bob Buxton, have the same outlook they did all that time ago. The party’s consistent focus on devolution and localism have allowed it to build its vote at the pace of a hike in inclement Yorkshire weather, rather than a sprint.

Bob Buxton and his approach to devolution

But all is not well with devolution as it stands. To Buxton, there’s something amiss with what the people of West Yorkshire are being offered. It is, in his words, “phony devolution” that represents a fraction of the money that deserves to be more local:

“Think about all the taxes you pay in a year – National Insurance, income tax, road tax, council tax, VAT – just £16 goes to the mayor’s budget.”

The criticism doesn’t stop here. Buxton’s favoured approach to devolution is about prioritising local needs, and despite having some of the worst results for school leavers in the country, the mayoralty will only have powers over adult education. He sees this as a key failure of the offer, and evidence that there is no real desire to bring power back to Yorkshire.

“To have a mayor with no powers on children’s education is absolutely ridiculous”, he says. “People who have done this haven’t actually looked at one of the leading problems Yorkshire has – they either don’t know, or don’t care. Labour signed off on it because it keeps them in power through the WYCA even if they lose.”

The WYCA – West Yorkshire Combined Authority – is the group of councils that will sit under the mayor. The idea is that the elected mayor will chair the meeting of these councils and coordinate them, with representation from the council leaders and some other members chosen for ‘political balance’ by those same leaders. The councils involved are invariably Labour run, too.

This is the root of the claim that Labour will keep power even if they lose the mayoral election: the ‘balance’ members are chosen by the rest of the group rather than according to a formula, and a mayor would simply be outvoted at every meeting if the Labour candidate didn’t win.

“Instead of appointing three people on a fairly random basis, it would make more democratic sense to give the seats to the three best runners-up in the mayoral election”, Buxton suggests.

There is some self-interest at play here: the Yorkshire Party itself has a good chance of being one of those three runners-up. A seat on the combined authority would change the electoral game for the party, bringing coverage and significance beyond being listed as an ‘also ran’ in the mainstream press.

He adds wryly that, “the real solution is to have fair elections to a regional parliament, using PR”.

The Yorkshire Party has always oscillated on this point, between voicing its ambitions for a Yorkshire parliament, and pushing for closer goals like the One Yorkshire deal, which could have seen a single mayor for the whole region. But despite his obvious admiration for the Scottish model of devolution – “proper devolution” in his words – Buxton and his party remain pragmatic.

“If I become elected mayor my ambition is to do as well as I can with limited powers and funding, in that way to make the argument that if we have more devolution – real devolution – we can do even more. I’m talking Yorkshire-wide devolution.”

That sits at the heart of the party’s ambitions: a single, united Yorkshire, governed like a Swiss canton, with representation from across the county and no more having to ask the permission of Westminster for big projects.

Transportation ambitions of the Yorkshire Party

This point is more salient than it seems in West Yorkshire: Leeds in particular has spent 30 years having its plans for public transport thwarted in one form or another by central government.

The 1991 Supertram was never given the money that was needed to begin construction, and the Leeds trolleybus was also put to bed by central government in 2016. Buxton is no fan of the latter, but makes it clear that he believes that if a more local form of government had sole discretion, the tram would likely have been built.

This, he says, is another example of the region’s phony devolution: “Even after the mayoral deal, we’re still going cap in hand back to Westminster to get our fair share of the tax money we pay. You can bid to be part of the £4.2bn scheme urban transport fund, but you’re not in control of that. So if Westminster says no, forget it.

“If I’m elected I’ll try to make the case for a mass transit system so irresistible that it’ll cost the Tories seats if they block it.”

That strategy – of influence without power – seems to be key to the Yorkshire Party. In the absence of a powerful body of the kind they’d like to see, they’re setting out to make a difference where they can, on councils across the region.

Buxton himself is a parish councillor, and the party is standing councillors at all levels. The party’s localist credentials are substantial and Buxton’s attacks reflect this, going after the source of what he sees as the trouble: Labour in West Yorkshire, and the Tories nationally.

The Yorkshire Party and competition from the Northern Independence Party

Yet the party has another source of trouble. Far from the paltry offerings from the big two parties, there is a new player on the scene in the form of the Northern Independence Party. Buxton is scathing here: “Independence for the North and Socialism put together – that’s not going to save anyone’s job. Quite the opposite.”

His air here is one of a leader being the reasonable centrist: not a hot-headed iconoclast with the radical idea, but a democrat trying to be pragmatic and fair in the face of a system that doesn’t work. It won’t win over the small contingent of former northern Corbynites who have concluded that independence is the new revolution, but it might well get a hearing among a wider crowd in years to come.

I ask Buxton: what powers would he reserve to Westminster?

Perhaps a little radical after all, he only lists national security, defence, some taxes, and immigration.