Dan O’Mahoney, former director of the UK’s Joint Maritime Security Centre and previously with the National Crime Agency and Border Control Heathrow, had been appointed to tackle the refugee boat crossings. 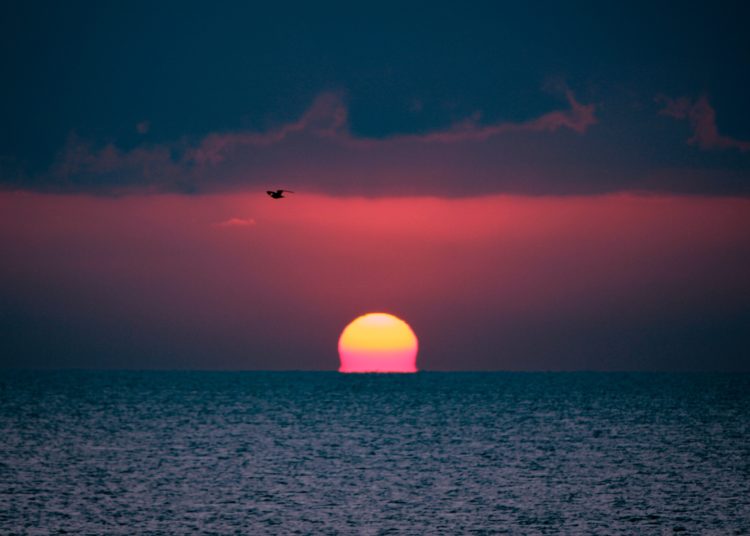 Sunset on water, photo by Zoltan Tasi on Unsplash

In response to an increasing number of small boats carrying refugees across the channel, the home secretary, Priti Patel announced on 9 August, that Dan O’Mahoney (former director of the UK’s Joint Maritime Security Centre and previously with the National Crime Agency and Border Control Heathrow) had been appointed to tackle it.

About 4,100 people have crossed the channel this year so far. As the new ‘clandestine channel threat commander’, O’Mahoney is responsible for “leading the UK’s response for tackling illegal attempts to reach the UK”. His priority will be to make the channel route “unviable for small boat crossings”, including through measures such as “interceptions at sea and the direct return of boats”.

The UK and France already work closely together and jointly fund action to discourage these boats. In January 2019, a new action plan with an additional £6m of funding was agreed: to increase patrols along the French shoreline, increase CCTV and intelligence gathering and engage with would be migrants seeking to dissuade them from making the crossing.

International maritime law requires that if a person is rescued in the ocean they should be taken to the nearest safe port. A person simply crossing the channel, one of the most dangerous waterways in the world, in a flimsy overcrowded boat would be deemed sufficient to ‘require rescue’. The British government therefore hopes that O’Mahoney will be able to intercept boats before they reach British waters and so are returned to a French port.

Harassing refugees in the open sea in the hope that they will stay in French waters would not only risk life but would also be illegal. There are about 750 refugees in and around Calais in makeshift camps, many of whom are likely to try to make the journey this summer, so the task of prevention is considerable. France says it needs another £30m to step up security to completely stop the boats and the UK would certainly require French support in order to return refugees.

Almost half of the world’s refugees are children. United Nations (UN) annual statistics (published in June this year) indicate that 79.5 million people worldwide were forced to flee their homes in 2019, up by 8.7 million from the previous year. However, 95 percent of those who flee their homes remain either within their own country’s borders or close to the border in an adjoining country. Last year, 26 million people sought refuge in another country, of whom 4.2 million registered as asylum seekers.

Over two thirds of these refugees come from just five countries: Syria, Venezuela, Afghanistan, South Sudan and Myanmar. The countries that took the most refugees last year were Turkey (3.6 million), Columbia (1.8 million), Pakistan (1.4 million), Uganda (1.24 million) and Germany (1.1 million). In comparison, the UK took 20,339 refugees of whom only 12,863 were granted asylum (the rest were granted protected status and may be returned to their place of origin at some point). In effect, the UK took in 0.026 percent of the world’s refugees.

Within the EU, the Dublin III Regulation determines which member state is responsible for processing an asylum application. The underlying principles are that a person seeking asylum should do so in the first safe country they arrive in and not choose their preferred country, and that countries should not be able to refuse entry or provide a through route to other destinations. A member state is obliged to process the asylum applications of those who cross its borders and can send back to the country of entry those who did not register there. However, unless the UK negotiates a continuation of the Dublin Regulation with the EU, we will no longer be able to take advantage of these rules.

Through the Common European Asylum System (CEAS) the EU funds support for housing refugees, policing the EU’s borders, and returning asylum seekers to Libya and Turkey. Inevitably, the EU countries that border or have a sea crossing route from areas of conflict are those most likely to receive refugees. To be effective, the CEAS needs the EU to have enough capacity to absorb all those arriving in need of refuge, with each country taking its fair share. Some countries such as Hungary have refused point blank to co-operate. It closed its borders and placed refugees in prison ‘transit’ camps. Others, such as the UK, have refused to accept quotas.

As an island country on the fringes of Western Europe, it is almost impossible for refugees to enter the UK as the first European entry point, so most will have come to the UK through an illegal route. However, refugee status is determined by international law not EU law and Article 31 of the UN convention relating to the status of refugees means that asylum seekers arriving in the UK can neither be deemed ‘illegal’ because of their means of entry nor be punished for illegal entry into the territory of a signatory state. The junior immigration minister, Chris Philp’s, assertion that recent arrivals were illegal immigrants is not only provocatively unhelpful but misleading; one hopes he is a little better informed about the law when he meets his French part later this week.

Research indicates there are both ‘push and pull factors’ for someone seeking asylum. Push factors include personal experience of violence or the death of family members. Pubescent boys are often sent away by their families to prevent them being drafted into the army or local militias, or being executed for being of military age. Starvation may also drive migration.

The pull factors for coming to the UK include the belief that this is a land of freedom and humanitarian values and that refugees will be safer here than elsewhere – they also erroneously believe they will be able to work here, a right not available to those seeking asylum. Many already speak English and hope this will aid integration. Some are specifically seeking to join a support network of family or community members. There is also no doubt that people traffickers are selling a ‘UK package’ or may offer no choice about the final destination.

As far as the EU is concerned, every member state is a ‘safe country’. But the conditions for many refugees in Italy, Spain and Greece have prompted onward migration, and France was recently condemned by the European Court of Human Rights for its treatment of refugees. Amongst refugees, France is considered particularly harsh and there is a reluctance to register there – they prefer to try to make their way to the UK. For many years though, the only way refugees might realistically cross the channel was by hiding on a vehicle. With increased security at Calais and other channel ports this has become less viable. People smugglers identified a gap in the market and have filled it.

Post-Brexit government policy has also contributed to the recent influx. Priti Patel was warned last September that ending the current refugee support schemes and terminating family reunion rights following Brexit would lead to a rise in refugees making dangerous journeys to get here. Attempts by the Lords to introduce an amendment to the Brexit legislation to protect the rights of children to family reunion were defeated in January 2020. There is no longer an incentive for refugees to follow the rules if to do so will mean automatic denial of entry into the UK.

Of course, refugees are unlikely to understand the significance and complexity of changing immigration policy or Brexit. The simple fact is that refugee hopefuls know that they need to get to the UK while the weather is good and the sea is calm, and before the drawbridge is firmly drawn up. This may explain why there are so many children and families in the boats currently coming across the channel. But as the barriers to obtaining refuge are raised higher and more obstacles (legal, physical and psychological) are erected, there comes an even greater need for middle-men and expertise and people smugglers fill this gap.

Following Brexit, the UK will no longer be part of the CEAS or adhere to the Dublin Regulation. We will no longer have access to the Eurodac database of registered asylum applicants and, in any case, a new agreement would need to be reached with the EU to be able to send asylum seekers back to their first point of entry to the EU. At present, the UK operates its channel ‘borders’ in France and Belgium. This has been enormously unpopular in the towns there, which have seen informal refugee camps develop. These arrangements have been agreed with the countries concerned and are not EU agreements. But once we have left the bloc, there may be less motivation for France and Belgium to put themselves to such inconvenience for a non-EU member, particularly one that left to ‘regain control over its borders’. And from a British perspective, it would not make sense to ‘take back control’ of our borders but expect them to be managed in and by a foreign country.

In the past decade, 16 million people worldwide have sought asylum. Political and religious conflicts, environmental degradation, corrupt governments, competition over mineral resources, drought and food scarcity have led to increased levels of unrest, civil war and migration. Just this week Lebanon and Belarus erupted. The EU has muddled through the decade unable to agree substantive measures, such as quotas and a fairer system of allocation. The UK has been the least receptive of all EU nations (except perhaps Hungary) to taking its share of refugees. It has exploited, like no other European country, the Dublin III regulations to sustain its fortress mentality. From January 2021 it may no longer be able to do so.

Public health should be in public hands