In Britain, black women are five times more likely to die in pregnancy, in childbirth, or in the six weeks afterwards, than white women. 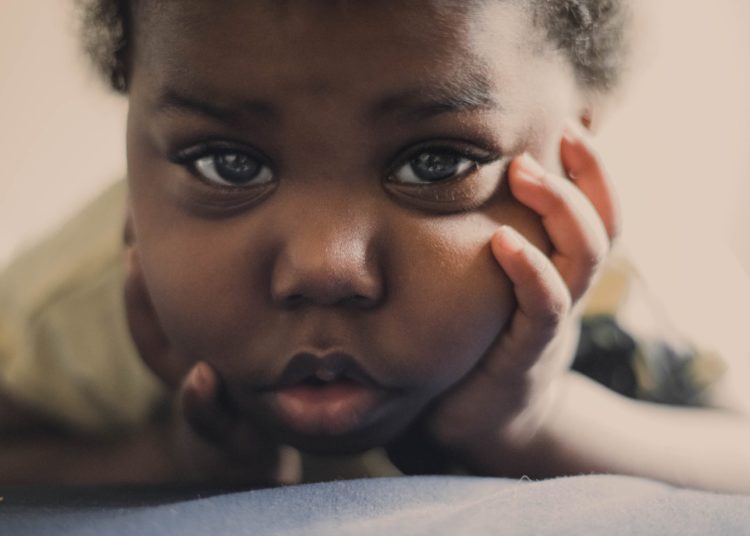 Photo by Seven Shooter on Unsplash

“I kept saying ‘I’m in pain, I’m in pain’, but I was completely dismissed and fobbed off – no one looked at me”, says Tinuke Awe. “I was just left feeling like I didn’t matter, that no one really cared about me.”

In Britain, black women are almost five times more likely to die in pregnancy, childbirth or in the six weeks afterwards, than white women. For Asian women, the risk is twice as high.

Thankfully Tinuke’s son was born safe and well, but her experience led her to co-found Five X More, an organisation that campaigns for safer and better experiences for black women in pregnancy and childbirth.

Pregnancy and maternity outcomes for women of colour

The disparity in outcomes between black or Asian women and white women is not a new phenomenon. Tinuke knows that in 1991 her own mother’s risk of dying in childbirth was higher than her white counterparts was. In 2009, the British Medical Journal (BMJ) published a report from a study of nearly 700 women, which found that:

“Severe maternal morbidity [disease or health condition] is significantly more common among non-white women than among white women in the UK, particularly in black African and Caribbean ethnic groups. This pattern is very similar to reported ethnic differences in maternal death rates.”

Although mercifully the numbers are relatively low, and infant mortality continues to decrease, the death of any new mother or her baby is a tragedy. The grief is unimaginable to those of us who have not experienced it. For a black woman expecting a baby, knowing that the risks of pregnancy and childbirth are much higher for her must add immeasurable stress.

Factors that increase the risk for black women

This disparity is not only seen in Britain. “Similar differences in maternal death rates in ethnic minority groups have been observed in other countries with well-developed healthcare systems”, according to the BMJ.

Various factors can increase the risk for black women:

Professor Jacqueline Dunkley-Bent, giving evidence to the parliamentary joint committee on human rights in July 2020, identified some of the underlying health conditions that contribute to higher risks for black women. She quoted data collected in a 2019 report from MBRRACE-UK, saying that obesity experienced by 33 percent of black women – as compared with 22 percent of white women ‒ “creates a challenge during pregnancy”.

“Equally, heart disease and other such conditions are more likely to occur in certain communities like the British black African community.

But she went on to say, “I am still not confident that we know why there is an inequality in health outcomes between a black woman and a white woman. We have plausible explanations and the evidence on co-morbidities is compelling, but there is something more”.

The Black Lives Matter campaign has brought to the fore the inequalities faced by black people and other people of colour. Black women often face racism – whether overt or not – in their encounters with health professionals. Is this the “something more” to which Professor Dunkley-Bent refers?

In the US, the Centre for American Progress has certainly drawn that conclusion, declaring that “disparities in maternal and infant mortality are rooted in racism.” It continues:

Why would the UK be any different?

A study in the Netherlands – a broadly similar country to the UK – found that “sub-standard care” was a significant factor in the higher mortality rates amongst black and other women of colour. It’s safe to assume that black women in the UK suffer disproportionately, partly as a consequence of not receiving the same level of care as their white counterparts.

Steps to improve pregnancy and maternity outcomes for women of colour

There are, however, some signs of improvement. Groups such as Five X More and BAME Maternity Matters’s “Birthing With Colour” are helping drive progress, by advising and informing black women, encouraging them to engage with health and pregnancy services and to put their experiences on record.

Many academics and health professionals – amongst them the Royal College of Obstetricians and Gynaecologists (RCOG), which has launched a race equality taskforce – are trying to reduce the disparity of risk, collaborating on projects with black women and women of colour.

New guidance has also been just been published – on 20 April – by the National Institute for Health and Care Excellence, which acknowledges the much higher proportion of black women who die in or shortly after childbirth, and which the organisation says it hopes healthcare professionals will use to provide “consistent and high-quality care” across the board.

Research has shown that midwives sharing a similar heritage to the women in their care can lead to safer births and better outcomes. As Professor Dunkley-Bent described it in her evidence to the committee, most women prefer to be cared for during their pregnancy, and particularly during childbirth, by “someone who looks like them”.

One project that recognises this is run by, amongst others, the University of Manchester NHS Foundation Trust and is promoting midwifery as a career to young people of colour. It is to be hoped that the new £95m programme of spending on maternity services will include funding for other such projects, and training more midwives from black, Asian and minority ethnic backgrounds.

What does this mean for our children’s future?

As reported in the Guardian, Dr Christine Ekechi, a co-chair of the RCOG’s taskforce and a consultant obstetrician, says that the UK must show it intends to improve maternal health outcomes for black women: “What we don’t want in the next reports is to see that this disparity is widening.”

Tinuke Awe is also working to prevent that. She says:

Anna is a retired local government officer who lives in Devon, where she contributes to our sister publication West Country Bylines. She has written on social issues, wildlife and gardening.