Biden's first 100 days have come to an end; he has achieved a historic amount with covid relief, affordable health care and gender equality. 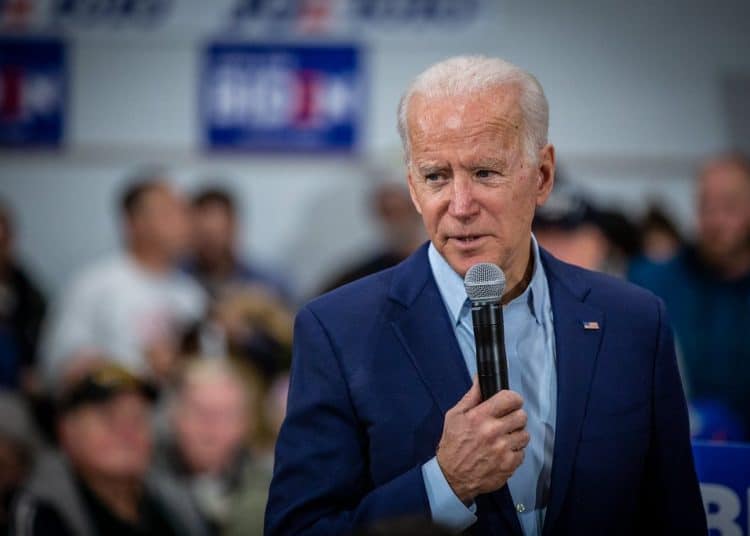 "Joe Biden at McKinley Elementary School" by Phil Roeder is licensed under CC BY 2.0

Many of us, myself included, had made assumptions about Joe Biden: too old, too white, too boring. But we were wrong. Despite Ted Cruz nodding off during the president’s speech to Congress, Biden has had one of the most fascinating 100 days in the nation’s history. He is much more than just a transitional president, who promised to build America back better.

He came to power at a time, in his own words, of “crisis and opportunity”, and has assured the American people that after his first few months in office, a period of “rest and renewal”, “America is on the move again … ready for takeoff”.

But what has Biden achieved and are his words just rhetoric?

The coronavirus relief plan and the vaccine rollout

Biden assumed the presidency during the worst pandemic in a century. In response to this, his administration introduced the American rescue plan, which is delivering relief and financial support to those impacted by coronavirus. So far, 90 million payments have been distributed, totalling $242bn.

The purpose of the payments is to assist with rent, help SMEs survive the pandemic, and support those who have lost their jobs. He concluded this part of the speech saying that they are “on track to cut child poverty in half”, and that the International Monetary Fund estimated that the US economy will grow at 6 percent, the fastest economic growth in 40 years.

The initial goal for the vaccine rollout was 100 million doses in 100 days. Instead, 220 million doses have been administered from over 700 community health centres. Biden points out though that this was achieved with “everyone’s help”, a stark contrast to Trump’s narcissism. Biden called the rollout “one of the greatest logistical achievements this country has ever seen”.

The American jobs plan, which Kamala Harris is set to lead, has already started to deliver Biden’s initial promises. Some 100 million jobs have been added, and millions more are set to be created. He highlighted the fact that 10 million homes and 400,000 schools are drinking water from lead pipes, and in an effort to ensure clean water for all Americans, and create more jobs, he vowed that 100 percent of the pipes would be replaced.

To secure gender equality in the workforce, the administration has passed the Paycheck Fairness Act: “It’s been much too long … and if you’re wondering whether it’s been too long, look behind me”, Biden told congress, referencing vice president Kamala Harris and speaker, Nancy Pelosi.

In his historic speech, Joe Biden committed himself to increasing minimum wage to $15, stating that “no one working 40 hours a week should live below the poverty line”.

Affordable Care Act and the ‘right’ to free health care

Remembering his son, Beau Biden, who died of cancer in 2015, Biden announced his new, “Medicare-like” plan, which will serve as a “lifeline for millions of Americans”.

Part of this plan’s effort will focus on lowering drug prices. Currently, America pays the highest prescription prices in the world. Biden told congress that in order to change this, the government would reform corporate taxes, making big businesses “fiscally responsible” to “pay their fair share”. He reiterated the importance of health care: “Health care should be a right not a privilege in America”.

Building back a better democracy: 100 days of multilateralism

During Biden’s 100 day speech, he described the attack on the Capitol as the “worst attack on our democracy since the Civil War”, and as a test for America on whether their democracy was stable enough.

Biden said that the nation’s adversaries, China and Russia, are hoping that American democracy is past the point of saving. He expressed confidence, though, that America has “shown the world that there is no quit in America”. And in an effort to reassert America’s position on the global stage, Biden re-joined the Paris Climate Accords, passed the American Rescue Plan, and commented that climate change cannot be prevented without multilateralism, all efforts that counteract Trump’s isolationist ‘America First’ policy.

Several times, the president mentioned “winning the 21st century”, in their superpower competition with China. He told congress that he has spoken with both President Putin and President Xi Jinping, to inform them that America will cooperate on their mutual interests like climate change, but that if “basic human rights [are] violated”, America will respond.

Historically, the first 100 days are the easiest part for a presidency, the ‘honeymoon’ with congress. As Jon Sopel, the BBC Northern American editor, wittingly points out, “who cares if you have a sparkling first 100 days if the subsequent 1,360 stink and sink?”

Biden will face the challenge of terrorism, both abroad and at home, gender equality, gun crime, and perhaps most pressing of all, climate change.

On the issue of reforming the police and ensuring the justice system works, Biden points out that “white supremacy is terrorism” and vowed to pass reforming laws by “next month, by the first anniversary of George Floyd’s death”.

Biden also committed himself and his administration to authorising the Violence Against Women Act. He promised to work towards keeping guns out of the “hands of abusers”. He doesn’t, however, underestimate the challenges the second amendment poses. But this job isn’t for the fainthearted, and more background checks are set to be introduced.

Climate change will also be a key issue on Biden’s agenda. Having already re-joined the Paris Accords in his first week of presidency, Biden has also pledged to cut American carbon emissions 50 percent below 2005 levels. A further benefit to climate change policy, Biden points out, is that the necessary work will create millions of jobs for Americans, such as building electric car power stations throughout the nation. He says though that this is a “global fight” that cannot be won alone.

How long is America back and better for?

Biden’s 100 days have been, by many measures, phenomenal. He has reasserted the nation’s global power, demonstrated commitment to gender, racial, and LGBTQ+ rights, and set America on the right path towards a more environmentally aware future.

The question “how long is America back for?” has been rendered useless. Biden told congress and the nation, “we are here to stay”.