Charlie McCarthy weighs up the pros and cons of Biden cancelling the Keystone XL, and highlights the importance of the Paris Climate Agreement. 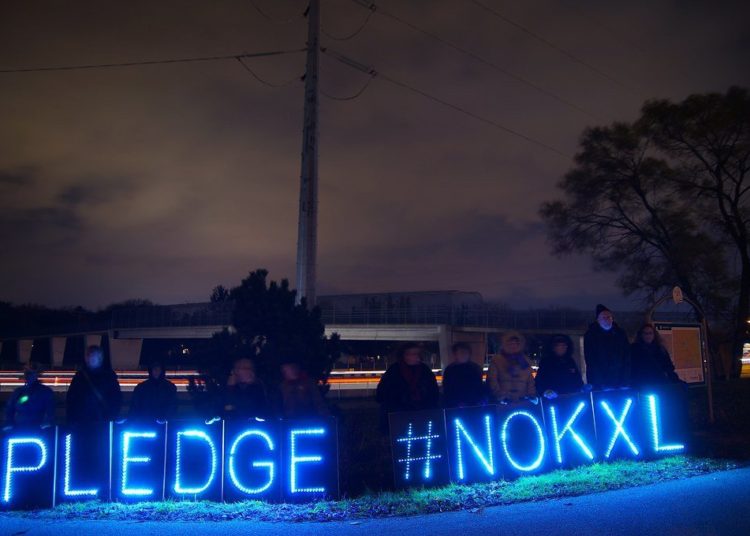 The incoming Biden administration has already signalled its new attitude towards fossil fuels and climate change, with the new president outlining a plan to address the ‘grave threat’ that climate change poses to the globe. On his first day in office, President Biden halted the construction and cancelled the permit of Keystone XL, the 1,700-mile pipeline that is projected to carry 800,000 barrels of oil a day from Alberta, Canada, to Nebraska, USA.

The pipeline has remained controversial ever since its projection in 2008. It signifies the stark division in opinion between those who yearn for economic development in Alberta, and those with deep concern for the environment who push for the demise of fossil fuels. Under Obama, the pipeline was rejected, but within the last four years, President Trump repeatedly expressed his support for it.

Canada has the third-largest oil reserves in the world. Prior to Biden’s inauguration, Canadian president, Justin Trudeau, during a telephone call in November, attempted to convince Biden and his team to support Keystone XL. However, the fallout from this decision looks as if it will be short lived: President Trudeau stated on Wednesday:

“Despite President Biden’s decision on the project, we would like to welcome other executive orders made today, including the decision to rejoin the Paris Agreement and the World Health Organisation, to place a temporary moratorium on all oil and natural gas leasing activities in the Arctic Wildlife Refuge, and to reverse the travel ban on several Muslim-majority countries”.

Environmental groups, on the other hand, applauded Biden’s move to cease Keystone XL. Dale Marshall, the national climate programme manager for Canada’s Environmental Defence said, “killing the Keystone XL pipeline once and for all is a clear indication that climate action is a priority for the White House”.

Biden’s commitment to the environmental movement in the USA was also demonstrated with the appointment of Gina McCarthy to the position of White House national climate advisor, a move that heralds the American re-joining of the Paris Agreement (2015). McCarthy noted, “the Climate crisis is the central challenge of our time. The stakes have never been higher”.

The new administration admitted, “with pain and some embarrassment” the damage Donald Trump’s ‘’reckless’’ decision to pull out of the Paris accord. The agreement is a legally binding international treaty, which, in December 2015, was adopted by 196 parties at COP21 (Paris). Its goal is to combat the use of fossil fuels, limit global warming to well below 2 degrees Celsius (preferably 1.5), and thus suppress climate change.

John Kerry, President Biden’s presidential climate envoy, in his first address in this role, also stressed the need to accelerate the pace of global decarbonisation. He stated that, “reaching net zero global carbon emissions as early as 2050 will take a wholesale transformation of the global economy”.

Biden acknowledges that decarbonising the economy can both create jobs as well as destroy jobs in the fossil fuel sector, and his pledge to achieving net-zero emissions no later than 2050, and to decarbonise US power generation by 2035, will also be significant.

Ahead of the Cop26 meeting in Glasgow this year, all 196 Paris signatories are obliged to present their new targets and plans for combatting climate change. What does this mean for America? They must go above and beyond their initial commitment to reducing greenhouse gas emissions by 28 percent by 2050. Biden is likely to tighten domestic fuel emission regulations that Trump had previously relaxed, claiming that such rules were against national interest.

There is a global acceptance that after four wasted years of climate inaction, America has a lot of catching up to do. There has also been a geopolitical shift in climate change politics: since 2016, China has taken on a more prominent role after its pledge to be carbon neutral by 2060. China’s rise in global soft power did nothing to ameliorate the already sour US-China relationship. A better relationship under Biden would ease the global response to the climate crisis; if the two biggest economies set global targets for decarbonisation, the hope is that other nations will find change easier.

The stakes are huge, and time is running out. Let’s hope the new adults in charge can deliver.