Beyond the headlines: education in England post-lockdown

According to popular media, England’s children have forgotten to eat with a knife and fork and have regressed into nappies during lockdown. 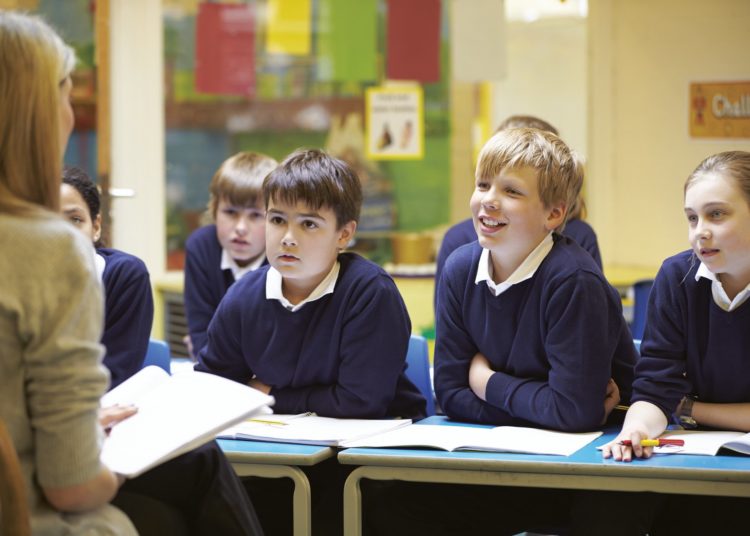 So, according to the popular media, England’s children have forgotten to eat with a knife and fork and have regressed into nappies during lockdown.

These were apparently the most important findings made in a series of reports by the government schools inspection body OFSTED, according to a range of news outlets. But beyond the clickbait, the reports tell a different and far more nuanced story, providing a snapshot of England’s children emerging from lockdown.

OFSTED’s findings are unfortunately presented principally anecdotally, but should still be useful background reading for teachers and headteachers.

As far as schools are concerned, OFSTED carried out exploratory visits to 380 schools: 266 primary, 87 secondary and 27 other schools such as those for special needs and pupil referral units. This reflects the proportion of different types of schools across England.

The reporting of most of the data was not statistical but couched in such terms as ‘several’, ‘many’ ‘some’ or ‘almost all’, so it needs to be treated with caution. Nevertheless, there were some interesting findings.

Attendance numbers varied between schools; some were more affected by pupils self-isolating than others. “Almost half” of the schools had pupils had been removed by parents who were intending to home educate, and “three fifths” received such a notification from more than one family. “Several schools” reported that Gypsy, Roma and Traveller families had informed them that their children would not return until “Covid is over”. “Some leaders” said that ethnic minority communities were more anxious about returning their children to school due to their experience of covid.

It was “very occasionally” reported that fixed-term exclusions had risen because the “usual layers of sanctions” were not available in Covid-safe environments (for example sending a child to sit in another class). Special schools had particularly complex issues to deal with, such as very vulnerable pupils needing enhanced medical support to avoid infection.

Decreased stamina and mental wellbeing amongst pupils were commonly raised issues. “Many” schools reported that they were putting more focus on PSHE (personal, social, health and citizenship education) to “address pupils’ anxieties”. An increase in anti-social behaviour was reported among some children experiencing home-based trauma – including domestic violence – during lockdown. “Several” schools reported increased cases of self-harming and eating disorders among pupils; also weight gain and loss of physical fitness.

“Quite a few schools” referred to concerns about parental mental health. They also felt that teachers were suffering from exhaustion due to increasing workload, and that leaders had been particularly challenged. Pupil referral units reported a rise in anxiety and aggression, and a greater need to address pupils’ involvement in criminal exploitation.

The issue of “bubbling” was dealt with in very different ways by different schools, and this affected how self-isolation occurred. The greatest amount of children reported to be in a ‘bubble’ were 100 in one primary school and 400 in one secondary school.

In terms of how teaching proceeds, “most” secondary schools were teaching all subjects, while “many” primary schools were doing so, but “some” were not. Primaries were mainly focusing on reading and maths and were concerned that children’s concentration and stamina levels seemed to have reduced. “Almost all” reported concentrating “strongly” on phonics. There were particular concerns about children with English as an additional language regressing in their use of English, both spoken and written.

“Most” schools had adapted their curriculum in some way with respect to order and content, responding to gaps in learning and to covid restrictions. Many reported that they were still getting to grips with modes of assessment, particularly with respect to assessing the effects of lockdown. Secondary schools reported concern about Year 11 pupils having sufficient time to cover the necessary content for GCSE, with the additional consideration that their time in Year 10 had also been significantly disrupted.

There were concerns about remote learning, and a general feeling that it could only go so far to supplement attendance. “Almost all” schools were providing this via a mixture of online and paper-based resources. There were some concerns about safeguarding with respect to “live” lessons online, in terms of the necessity for visual access to the home environments of both teachers and pupils. The importance of parents in online learning was noted by leaders, with one commenting “parents cannot achieve the same as teachers”. Training staff to “teach online effectively” was viewed as a priority by head teachers.

Some surprising positive outcomes were also reported. Teaching children in small groups with staggered breaks due to ‘bubbling’ had “reduced the possibility for conflict” according to one informant, and some children with special needs had benefitted from being able to stop, start and replay online learning videos. Some children with autistic syndrome disorders had felt that they had benefitted from the ability to “take more control over their work” via remote learning delivery.

There was only one mention of children who had “forgotten how to use a knife and fork” in the report, but no information on whether this related to children whose home cultures seldom use western cutlery, or whether the relevant children were very young. Without such context, it is difficult to judge how relevant this point really is.

The separate report on Early Years contains the same comment, but here the children the participants were referring to would generally be less than four years old – the sample for this report contained only 20 maintained nursery schools (mainly catering for children between three and five years) and 188 private, independent and voluntary organisations (including childminders) providing daycare, principally for children between nine months and four years. As such, reports of children regressing to nappies should also not be responded to in an alarmist fashion. It is not uncommon for recently toilet-trained children to do this when experiencing stress, which is present in the vast majority of families in a pandemic.

Given that this is non-compulsory provision, it is not surprising that there were reports of “many” children not returning, many due to parents continuing to work from home. The attraction of no longer paying fees to childcare settings is highly likely to be largely responsible for this. The same point arises about the difference between children’s home lives creating a variety of experiences of lockdown: “those who were well-supported at home had made good progress”. Early years settings also reported putting more emphasis on PSHE to ease anxious and “disoriented” children back into the day-to-day routine of the setting, and that small group ‘bubbling’ had helped to some extent with this.

Early years settings reported that children from socio-economically disadvantaged homes – where they had little access to indoor space, resources and outdoor play – had been more negatively affected than those from more advantaged environments. They also reported similar issues to the schools with respect to special needs and English as an additional language. They too were concerned with parents’ situations – “precarious” finances in particular.

All in all, there is little that would not be expected in these reports, and nothing particularly sensational, apart from the increase in stress upon families created by the pandemic, which has been entirely missed by mass media reporting. One issue that does strongly emerge is that schools and early years settings would benefit from having more support from mental health specialists, rather than a relentless focus on ‘catching up,’ and it would be hoped that the Department for Education might take this into consideration.