Batley and Spen showed the importance of the work of progressive alliances in rallying the anti-Conservative vote, Lord Newby writes. 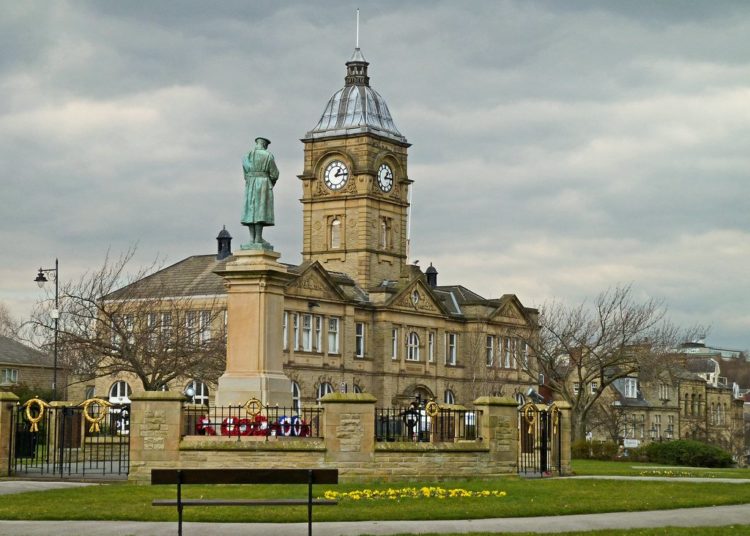 Carnegie Library, Batley by Tim Green aka atoach is licensed under CC BY 2.0

Ever since Boris won the 2019 general election, there has been growing talk of the need for a “progressive alliance” to stop the Tories winning the next election.

Quite what this might involve is unclear. Some would like a national pact between Labour, the Liberal Democrats, and the Greens so only one party would stand in each seat, and others want simply to promote greater tactical voting and other parties to scale back their campaigning where another party is the main challenger.

Helpfully, the by-elections in both Batley and Spen and Chesham and Amersham give us some insight into how this could work and how voters might react.

Chesham and Amersham: a victory for tactical voting

Let’s take Chesham and Amersham first, where the Liberal Democrats started in firm second place. We fought a vigorous campaign and proved early Green party claims that they were going to be the main challenger wrong. People who were traditionally Labour voters, realising that their vote could make a difference, decided to tactically lend their vote to the Lib Dems – including some party members and activists.

Despite Labour frontbenchers visiting the constituency the Party did not campaign with any real intensity. As a result, Labour’s vote share fell from 12.8 percent to 1.6 percent, shifting overwhelmingly to the yellow column. The Green vote also went down, albeit to a lesser extent (from 5.5 percent to 3.9 percent), for the same reasons.

In the end, the Liberal Democrats could have won the seat without large scale tactical voting taking place. However, it would’ve been a close call and weakened the impact of the win. It also would’ve given the Tories a better chance of reclaiming the seat at the next general election.

Batley and Spen: the unseen benefit of progressive co-operation?

In Batley and Spen, the Lib Dems faced calls to not stand to help Labour fend off the Tories. However, our support was concentrated in Cleckheaton, where we have sitting councillors – including my colleague in the Lords, Kath Pinnock. Because of this, we took the decision to campaign only in Tory-facing areas and focus on reaching out to voters who would otherwise vote Conservative.

In the event, our candidate Tom Gordon got 1,254 votes, a number four times the size of the Labour majority. Had we not focused to winning over Conservative votes, and had some of our supporters not loaned Labour their vote, the result would have been very different.

Conclusions from the ground

So, what conclusions can we draw from these by-elections?

Firstly, local people had a good understanding of the electoral arithmetic in their seat, and people whose main aim was to prevent a Tory win voted accordingly.

Secondly, this was achieved without parties standing down and throwing their weight behind each other (the failure of the Greens to field a candidate in Batley was not a strategic decision.)

Thirdly, the Liberal Democrats are the only party that can win over substantial numbers of Conservative voters and our vote is not simply made up of people who would otherwise Labour.

Fourthly, and arguably most significantly, the by-elections have shown that the Tory juggernaut can be beaten when people vote tactically.

An endorsement of progressive alliances?

What are the implications of these by-elections for those whose main objective is preventing a Tory majority?

First of all, they are a source of optimism. The Tories lost both contests, despite expecting a win and despite the prime minister being deployed on visits to both in the run up to polling day. This suggests their organisation and political intelligence isn’t as good as they think.

There is no reason to believe that the motivation of voters in these two very different seats is different from that of voters elsewhere across the country. And as a result, the possibility of tactical voting playing a large part in the result of the next election, is clearly considerable.

If this is to happen, however, several things are necessary.

Unlike in the by-elections, where there was a high level of campaigning and focus on who could beat the Conservatives, in many seats, particularly where constituency boundaries do not follow those of natural communities, voters may be less clear about who’s the main challenger. There needs to be national, as well as local, publicity on the potential for tactical voting to change the result in individual seats.

There also needs to be a willingness from parties to be more targeted in their campaigning in seats where they cannot win, something which didn’t always happen in 2019 and was a major factor in the Tory win.

2019 and the importance of collaboration

For Liberal Democrats, it was particularly frustrating to see intensive Labour efforts in places like Wimbledon, which allowed the Conservatives to cling on. The same phenomenon applied elsewhere too, not least where candidates starting from poor third places campaigned hard to burnish their credentials and thus make it easier for them to be selected for a more winnable seat in the future.

There needs to be more discussion on the issues where the parties broadly agree. For Liberal Democrats, and I suspect the Greens, there needs to be an unequivocal commitment by Labour to ditch the broken ‘first past the post’ electoral system, which can see governments win a majority of seats with as little as 37 percent of the vote.

But there is most definitely not a case for a single national slate of non-Tory candidates, or indeed of widespread standing down of candidate. This is bad in principle – as political parties do not own voters – and is often counter-productive in practice.

There is also the issues of seats, particularly in the northern cities, Scotland and Wales, where the local contests are very often between two or more non-Tory parties. Trying to reach agreement to stand aside in these areas simply isn’t an option.

The by-elections shown that, with sensible co-operation, the Conservatives can be beaten. We must carry this success forward to the next general election, whenever it comes.