A powerful Labour campaign in Batley and Spen would focus on the Conservatives' poor record as well as Kim Leadbeater's community values. 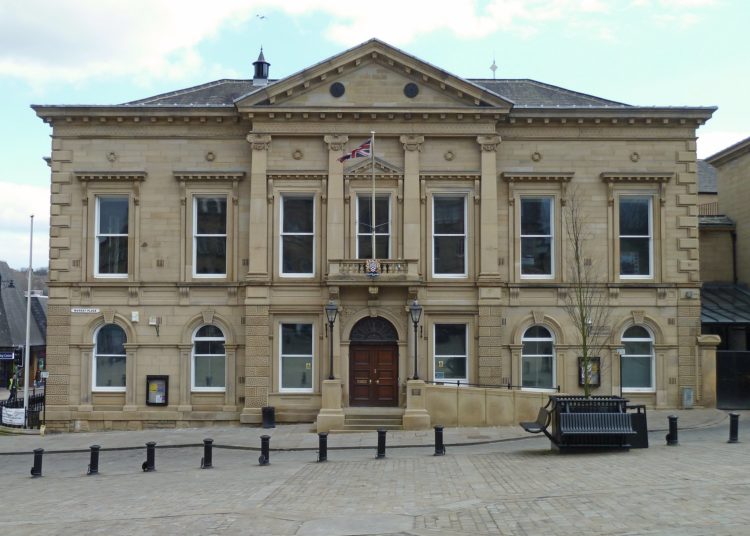 “Batley Town Hall” by Tim Green aka atoach is licensed under CC BY 2.0

Kim Leadbeater, Labour’s candidate in the Batley and Spen by-election, is a true community champion. Her response to the 2016 murder of her sister, former MP Jo Cox, was not to hide from the racial and political tensions that had led to her death, but instead to throw herself into campaigns that aim to bring people together across those very divides.

Her work with the foundation named after Jo and the More in Common charity are testament to Leadbeater’s courage and her refusal to let tragedy prevent her doing good. Her campaign video shows her at ease talking to local people and telling stories of community events she’s been part of, a far cry from the pledge-focused, sometimes stilted performance of other candidates.

Make no mistake, Leadbeater would be a great MP. Were voters making their choice on the basis of commitment to the area, genuine concern for people and a desire to see every community thrive, she would be certain to romp to victory.

But this is politics.

This election is not removed from the national picture. The only poll has the Conservatives in the lead, with 47 percent to Labour’s 41 percent. The same poll shows voters prefer Boris Johnson to Keir Starmer as prime minister by a wide margin – 55 percent to 18 percent. They trust Johnson more on the pandemic, Brexit, the economy and NHS. The only comfort for Starmer is that voters believe he understands working class people more than Johnson, even if only by a few percentage points.

Labour’s calculation that Leadbeater is their best hope is testament to her evident strengths but also to a weakness in Labour’s campaign that is self-inflicted.

Contrast the Labour and Conservative campaigns in Batley and Spen

Compare Leadbeater’s campaign to the Conservative offer and the contrast is clear. Where Leadbeater is the community champion – “a strong, powerful voice” who “is prepared to speak up for” Batley and Spen – the Conservative candidate (Leeds councillor Ryan Stephenson) offers himself as an active, big-spending politician.

“More jobs, more police, more investment”, proclaims his Twitter profile. His campaign video is a rerun of Boris Johnson’s greatest hits: he has “a positive plan” to “build back better”, get “the investment we need” and “jobs, skills and opportunities”. Only a Conservative MP, he says, can work with government to get that investment. Whether you take that as promise or threat the implication is clear: vote Stephenson to get the money.

The missed opportunity for Leadbeater is that it’s not an either/or. She could be a community champion and take on the Conservatives on their preferred territory of jobs, investment and opportunity.

Conservative economic record has been dire

The Conservatives’ economic record over 11 years has been dire. The 2010s have been described as a “lost decade”, the result of needless austerity – deep cuts to local government and most national spending departments, that left public services starved of investment and cut off the post-crash recovery. Employment remained fairly high but at a cost: wages have hardly grown since 2008. The result is huge household debt: by early 2020 each household owed an average £15,385, excluding mortgage debt.

“The public realm now employs a smaller proportion of the workforce than at any time since 1945”, Polly Toynbee and David Walker wrote a year ago. “For every £100 [available] for public services in 2010, only £86 was spent in 2020. Rebuilding schools and hospitals stopped dead. A quarter of local government jobs vanished, with youth workers tackling knife crime the first to go.”

The cuts ran deep. In 2019 trade union GMB calculated that 23,500 police jobs had been cut since 2010. In February 2021 health think tank The Kings Fund wrote that the “NHS workforce in England is in crisis: urgent action is required to tackle a vicious cycle of shortages and increased pressures on staff, exacerbated by Covid-19”. Similar stories can be told in education, children’s services and more.

The Conservatives’ economic record has got no better since Johnson became prime minister. We have been among the hardest hit during the pandemic. We will be one of the slowest to recover.

In this context, Conservative claims of ‘levelling up’ – still a slogan in search of a programme – investment and a ‘positive plan’ are little more than cover for a decade of failure. If they come to pass, their 2019 pledges to recruit more police officers and nurses, and to build new hospitals, would only begin to undo harm done since 2010.

The impact of hard Brexit in Yorkshire and the Humber

Brexit makes all of this worse. The estimated hit to the Yorkshire and Humber economy – of which Batley and Spen is part – is a mammoth 5.4 percent. Whatever Ryan Stephenson claims, that means fewer jobs, less investment and fewer opportunities.

To take one example, Batley and Spen is home to 8,000 jobs in manufacturing, one of the sectors most at risk from Brexit harms. “Regions with high concentrations of manufacturing are forecast to take the biggest negative impact”, says one report, going on to argue the risk to these jobs could deprive the Conservatives of seats they hold or keep them from gaining others.

For that to happen, voters need to know what is at risk – and why. Labour could have equipped Leadbeater’s campaign to fight the Conservatives on their record as well as her own, making clear that a vote for the Conservatives will cost jobs, not gain them.

Labour’s failure to talk about Brexit is costing them dearly

One reason they have not is obvious: Labour is yet to find a way to talk about Brexit to Leave or Remain voters, fearing they could alienate the former, by appearing too close to the latter.

The result, says the Observer’s Will Hutton, is “a strategic disaster”. Labour’s failure to speak out on Brexit harms he says has led to “weakened support amongst the educated, liberal, urban, Remain vote who look to the LibDems and Greens”, yet Labour remains “unappealing to the progressive working class constituency. Betraying principles never works”.

Nationwide polls align with Hutton’s analysis, with Labour held back against the Conservatives by a consistent 14–16 percent combined vote for the Liberal Democrats and Greens. Not all of this is a Remain vote, but much is the social liberal, economic left vote often given that label.

Batley and Spen may not entirely fit the mould. The Liberal Democrats are on only 3 percent. George Galloway’s 6 percent exists for entirely different reasons, which Labour is doing work to challenge.

Brexit reticence should not prevent Labour holding the government to account on their decade in power. Labour could win votes from both the Conservatives and Galloway with a clearer attack on the Conservatives’ record and the false promises they offer now.

Ryan Stephenson has no ‘positive plan’ to build back better or create investment, jobs and opportunities. His party has presided over a decade of decline. Tory plans – including hard Brexit – will lead to a second.

It’s true Labour has the harder job. They and voters know the party is out of power. The Conservatives can act – Labour cannot, whether or not they win here on 1 July. But that only makes it more important for Labour to criticise the Conservative record, and to point out the emptiness of their promises, to help voters understand they have failed before and are on track to fail again.

Kim Leadbeater and Labour’s regional team are already running a great campaign – one from which other candidates could learn. Few will match her evident commitment to her area and the people she hopes to represent.

But she could strengthen her offer by pointing to the cause of much of the poverty and division she works so hard to address – the failed and divisive government of the last 11 years – and the harm that will follow if it is allowed to continue. Labour has the tools to do so. It just needs to use them.