Michel Barnier issued a sharp response to the letter sent by UK chief negotiator David Frost on Tuesday with a missive of his own on Wednesday. 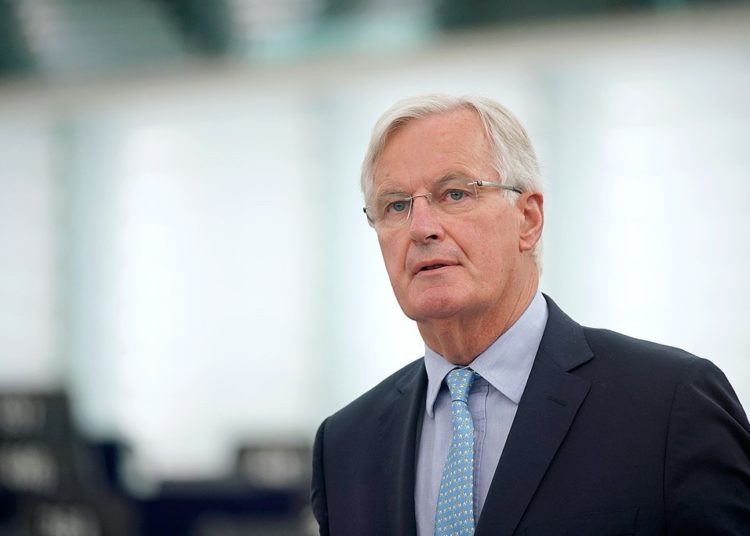 Michel Barnier issued a sharp response to the letter sent by UK chief negotiator David Frost on Tuesday with a missive of his own on Wednesday. It is as if the negotiations have burst out into the public realm with Britain abandoning face-to-face talks to try and convince us that the EU is just being intransigent.

EU chief negotiator Barnier is unhappy that Frost took to writing a public letter in the first place which he says “cannot be a substitute for serious engagement and detailed negotiations”.

Britain’s proposed draft legal text is mainly an amalgam of articles and sections, chosen from various recent trade deals the EU has concluded with Korea, Canada, Japan and goodness knows which other countries, as if it was a pick ‘n mix array of sweet things the EU has laid out for us. Barnier makes it abundantly clear that Brussels does “not accept cherry picking from our past agreements.”

“The EU and the UK are equally sovereign,” he adds, “and as such will set the conditions for access to their respective markets. Regardless of what your letter suggests, there is no automatic entitlement to any benefits that the EU may have offered or granted in other contexts and circumstances to other, often very different, partners.”

The idea that the EU has a ‘standard’ free trade agreement is dismissed with Barnier telling Frost, “every agreement that the EU has concluded is unique, with its own balance of rights and obligations, tailored to the partner and era in which it is concluded. There is no model, no uniform precedent to follow in EU trade policy.”

It is clear we have fundamentally misunderstood the EU’s position. In plain English, the whole of Britain’s negotiating strategy has just been sunk.

On the level playing field elements concerning employment, social and environmental standards he says the “proximity and economic interdependence” of the UK and EU means there must be robust “safeguards to avoid distortions of trade and unfair competitive advantages”.  These include “effective implementation of these standards domestically, as well as for enforcement and dispute settlement.”

In a pointed reference Barnier says:

“This does not mean that the UK would be bound by EU law after the end of the transition period in these areas; the UK will remain entirely free to set its own higher standards. But we need to give ourselves concrete, mutual and reciprocal guarantees for this to happen.”

This will be a test for Brexiters. Do they admit they want to lower our standards, or do they agree with Barnier that legally committing to following EU rules is setting a floor level and not a ceiling on basic standards?

Michael Gove in the last few days has said the UK is willing to negotiate tariffs if that means less need to have a level playing field, but Barnier scotches that idea too:

“…your proposal to reduce the ambition of our future economic partnership by letting go of our shared commitment for a ‘zero tariff, zero quota’ agreement (which you describe as a ‘low-quality trade agreement’). As I mentioned to you last week, apart from the fact that we do not have necessary time for a negotiation on each tariff line, the EU has always made clear that any future trade agreement between us will have to include strong level playing field guarantees, irrespective of whether it covers 98% or 100% of tariff lines.”

It appears the commitment made last October by Boris Johnson is now seen by the UK side as leading to a sub-standard agreement. This is yet another indication that we have concluded it is essential for Britain to have a close relationship with the EU, even if we are still balking at the price.

Barnier says some UK demands “go well beyond the well-precedented approach it declares to be taking.”  In particular, we are apparently seeking continued access to EU or Schengen databases; access to which is linked to obligations member states must comply with, but which we want to avoid.

For this to happen, Barnier makes clear, the UK must provide guarantees for strong safeguards in terms of protection of fundamental rights including adequate data protection standards, as agreed in the political declaration.

On the question of tariffs, he says, “we do not have necessary time for a negotiation on each tariff line” in a reference to the UK’s self-imposed time-limit which is once again working against British interests.

Despite all this, Barnier remains “convinced that with mutual respect and constructive engagement by the UK across the board, on all issues on the negotiating table, we can move forward in the limited available time.”

He is turning up the pressure on Johnson. The PM will soon have to decide on an extension to the transition period and to accept what the EU have proposed more or less in it’s entirety. That or walk away with all the massive disruption it will mean for millions of people in this county.