Covid has widened not just health inequality in the short term, but exposed the wider gaps of our unfair society. 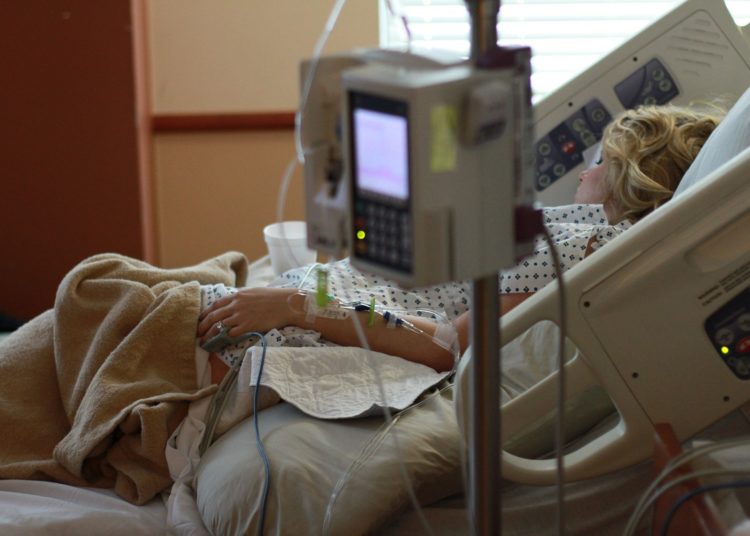 A patient in hospital, image by Parentingupstream for pixabay

It is now a well-known truth that covid has baked in the inequalities of society. While world leaders who denied the risk of covid – like Trump, Bolsonaro, and our own prime minister – received the best of medical care when they became infected, millions in Britain and even more around the world have suffered and died due to lack of proper treatment.

The rich have got richer while the poor have suffered

It is not just that the wealthiest have suffered least. Billionaires have actually increased their stockpiles of wealth while those at most risk have turned to our inadequate welfare and health systems, and been driven further into poverty and ill health.

The British state is failing, as its most well-off citizens continue to accrue wealth. If we focus on health in the UK, it was already quite clear that inequalities ran deep even before covid. But the pandemic has made the situation worse.

In June this year, the Guardian reported that the eminent epidemiologist, “Sir Michael Marmot revealed the coronavirus death rate in Greater Manchester was 25% higher than the England average during the year to March, leading to ‘jaw-dropping’ falls in life expectancy and widening social and health inequalities across the region over the past year.

“The deteriorating health equality picture in the region and across similarly deprived areas of the country was a result of longstanding, avoidable socioeconomic inequities and ethnic disadvantage, exacerbated by a decade of spending cuts and amplified by Covid and the effect of prolonged lockdowns, he said.”

Before covid, the situation in Wakefield for example was bad. The average years of healthy life for a man was 58 years. In Bromsgrove – the area represented by the current health secretary – it was 65.

It cannot be right that British people born in one part of the country have a healthy life expectancy seven years more than elsewhere in Britain.

What is worse is that the Conservative government has repeatedly cut health services. The budget for public health services is now £850m lower than in 2015/16 and by 2021 the budget will have been cut by 25 percent from its 2015/16 level in real-terms.

When the IPPR think tank compared the cuts in the most and least deprived ten local authorities, they found that:

The situation in Yorkshire has been very difficult. During a debate in the House of Commons earlier this year, which I called to discuss health problems in the time of covid, I revealed to the House how difficult the situation had become in my constituency. In my area, the mortality rate was 204 per 100,000; in Matt Hancock’s it was 72.4 per 100,000 – almost three times fewer.

Systematically running down the NHS: the impact on health inequality

The truth is that the present government had already begun to run down the NHS, even before covid. It has been estimated that the net effect of bed cuts meant that there were already more than 20,000 fewer beds in the NHS and almost 100,000 staff vacancies. Meanwhile, even before the pandemic the waiting list had almost doubled since 2010 when Labour lost office.

None of the responsibility for any of this lies with the brilliant staff who run the NHS. Nor is it their fault that at least one hospital has had to close its doors for a three-week period to all routine in-patient surgery. In normal times, and with a different government, this development would be a scandal.

That hospital is in Wakefield and serves my constituents. I am outraged. The direction of travel is against our national health service. Paying for health in a privatised service is where we are headed if we are not careful. In such a situation, the rule will be that one person’s health will be given priority over another person’s health. This is not the British way.

The country should be as outraged as I am. We are witnessing the sad demise of a much-loved service. Only one force can stop this from happening.

And that force must be the determined will of the British people and the NHS staff. In Yorkshire, we have more reason than most to resist this process.

Jon Trickett is the MP for Hemsworth, a seat held continuously by Labour since the end of the First World War. Jon has lived in Yorkshire all his life, attending university in Hull and then Leeds, and working initially as a builder and a plumber. Prior to being elected to parliament, he served as a councillor on Leeds City Council between 1984 and 1996, becoming leader of Leeds Council in 1989. He has been a Member of Parliament since 1996, representing former mining communities in the heart of Yorkshire.