Contrary to what it might look like if you take a glance over recent media coverage, Biden is not a certain winner in this year’s election. 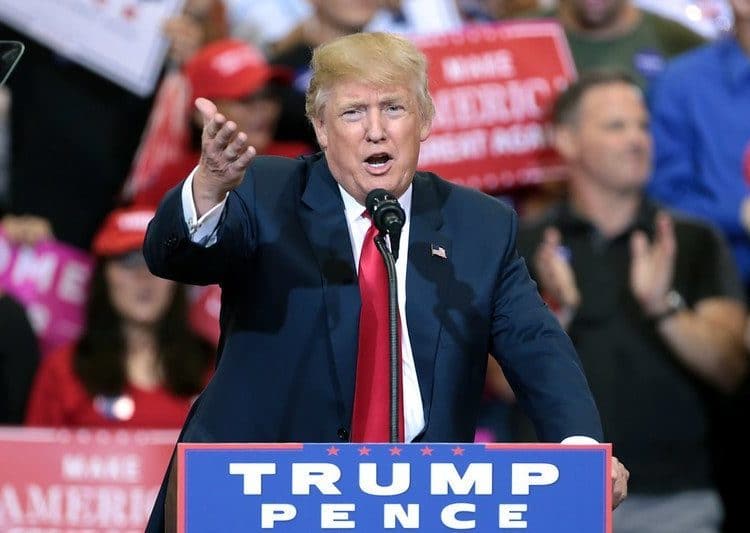 Donald Trump in 2016 by Gage Skidmore is licensed under CC BY-SA 2.0

With just a week to go until Election Day, things don’t look good for President Trump. His approval rating has still never topped 50 percent (the first president since polling began to have a continually negative approval rating) and he looks set for an historic loss against his Democratic rival Joe Biden. But this narrative sounds rather familiar, doesn’t it?

While it’s not true to say that the polls were incorrect in 2016, it is most definitely true to say that a Trump victory was not expected, and almost every polling company in the United States expected a Clinton victory. The role of the underdog has always suited Donald Trump when it comes to politics. Besides, while the polls look bad, there are still viable paths for a Trump victory.

States such as Florida, Georgia and Ohio are all rated as tossup states, meaning they have as much of a statistical chance of voting for Joe Biden as they do for Donald Trump. Even though some states lean towards Biden and the Democrats, it’s worth remembering that Trump was able to break through in places no other Republican in recent times had, back in 2016.

For example, up until 2016, no Republican had won Pennsylvania or Michigan in a general election since 1988, or Wisconsin since 1984. Trump has already proven once that he can win in areas considered previously safe by Democrats, and the fact that all three of these formerly safe Democratic states are once again up for grabs is a testament to the fact that the Trump message is still resonating in these areas.

Trump was able to win in places like Pennsylvania and Michigan in part thanks to his large rallies and energetic speeches. Joe Biden has chosen not to campaign in this way as a result of the Covid-19 pandemic, but Trump is still energising his base with his trademark rallies.

While the things he says in his speeches may not be entirely accurate (Trump has reportedly made over 20,000 untrue statements during his first term in office), the Trump base is so behind their chosen candidate, they often overlook this major flaw. Recent Trump rallies have seen reportedly huge turnout in North Carolina and Florida, two major tossup states that could ultimately determine the election.

As ever, Trump is also doing a lot of his campaigning over Twitter, actively changing the race in a way that was previously unseen before 2016. His Tweets are always well received, often topping six figures in terms of likes and retweets. Trump sees his Twitter account as a way to connect with an online audience, especially younger voters who are more adept to using social media.

Finally, the Trump campaign has gone all-out attacking the Biden campaign throughout the election. The attacks have ranged from capitalising on Biden’s gaffes at rallies or in interviews to smearing Biden outright. This was on show in spectacular style at the first presidential debate, where Trump repeatedly interrupted, belittled and attacked Joe Biden as he tried to answer questions.

Although many people perceived Biden as the winner of the first presidential debate, people continue to talk about it even two weeks after the event because of the way Trump acted. This clever tactic means that people are continuing to talk about Trump and his policies, and keeps attention on him and his campaign.

Contrary to what it might look like if you take a glance over recent media coverage, Joe Biden is not a certain winner in this year’s presidential election. President Donald Trump is still very much in this race, and it would be arguably a greater mistake to overlook his candidacy this year than it was in 2016. The winner of this year’s presidential election isn’t decided until 3 November, and in this election, it might not even be on election night. Don’t discount The Donald until the race is over.