Brexit is entering the final phase and this article analyses some polling evidence that public opinion has shifted decisively. 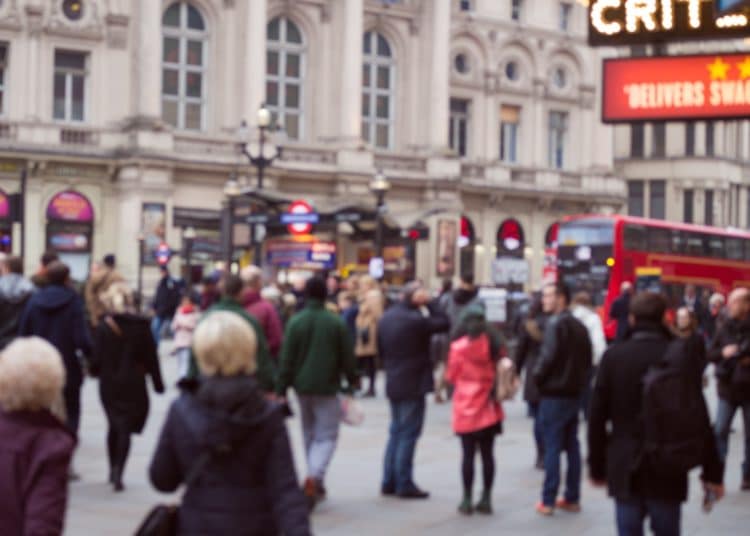 Photo by Dom J from Pexels

There is no doubt we are entering the decisive phase of Brexit. Next week we will know if there is to be a free trade deal or not. But what’s the public mood as we prepare to launch ourselves into the unknown on what increasingly looks like a wing and a prayer?

The answer may be in the series of polls that YouGov have been conducting over the last four years, always asking the same question: In hindsight, do you think Britain was right or wrong to vote to leave the EU? The survey began in August 2016 and is now on 159 polls, mostly funded by The Times and regularly reported at WhatUKthinks by Britain’s leading political scientist, professor Sir John Curtice.

Let me say at the outset I am not a psephologist so nothing I am going to say is based on any expert knowledge of the quantitative analysis of elections and balloting. Michael Gove is therefore OK to read on, everybody else can leave at this point if they wish.

After five long years, despite all the sound and fury and whether they realise it or not, for most people Brexit is still a theoretical exercise. Its practical impact and the sweeping changes it will bring have yet to become tangible. Even so, the polls suggest attitudes to Brexit are slowly and perhaps inexorably changing.

Firstly, the most striking thing about the YouGov polling is that support for Brexit has never shown the slightest sign of increasing above what it was in 2016. That was a high-water mark. I never see this mentioned anywhere and one might think Brexiters ought to be concerned about it. The lamp they lifted four years ago beside the golden door of Brexit beckoning us towards a brighter future, seems to have dimmed quite a bit, the door remaining stubbornly closed.

For some great stirring event of national renewal, most people are remarkably unenthusiastic about it.

Secondly, YouGov, in addition to the question about the leave decision being right or wrong, also ask which way respondents voted in 2016 so we can see how opinion is evolving among leave and remain voters. It shows that enthusiasm for Brexit actually seems to be falling steadily.

To illustrate this, if I take the average of the first four polls in August 2016 this is the result:

At that time, 46 percent thought the decision was right while 43 percent thought it was wrong, the rest being don’t knows. When they (the ones apparently and stunningly without an opinion on Brexit) are removed, this actually reflects the referendum result pretty closely (51.6 to 48.3 percent).

Two months after the referendum, 92 percent of leave voters were still happy with their decision. Just 3 percent had changed their mind. Meanwhile only 89 percent of remain voters thought it was wrong, some 4 percent even having something of an early epiphany and actually believing it was right.

In mid-2017, doubts were starting to creep in as some of the potential difficulties began to emerge. The nation was now equally divided with 44 percent agreeing the original decision was right and the same number thinking it was wrong. Note that leave and remain voters sticking to their original decision was equal at 88 percent each, with 5 percent on each side switching:

Nationally, this was the point when opinion began to cross decisively over towards thinking that Brexit might have been a big mistake. In the 110 polls since August 2017, ‘right’ has led just twice – in what look like rogue polls that go against a clear and growing trend.

Another year went by, negotiations were underway, both with the EU and inside the cabinet as Mrs May tried to find common ground among her ministers. By mid-2018 leave voters seemed to be losing faith, with the number still confident they were right dipping significantly to 83 percent. In all, 46 percent now thought the decision was wrong compared with 42 percent who thought it was right.

But note the 90 percent of remain voters who continued to think the referendum decision was wrong.

By the end of 2019, during the general election and the run up to 31 January when Britain formally left the EU, 47 percent of the population thought the decision was wrong. This is an average of nine polls, so no skewed results. It is almost as if Johnson’s victory was a result of a certain fatalism in many remain voters although both leave and remain seemed unsure. The percentage of voters in each camp who were happy with their decision had fallen to just 83 percent with slightly more don’t knows on the remain side, indicating greater uncertainty perhaps.

Could it be that some weary Remainers were beginning to think Boris Johnson was finally getting Brexit ‘done’ and that actually it all seemed quite painless? They awoke on 1 February 2020, in a non-EU country and the sky was still securely in place.

However, as the year progressed it soon became clear that Brexit had not been done at all. By October, Remainers were once again confident and back up to virtually the same position they had held in 2016, while increasingly doubts have crept back into the minds of many leave voters, with the number still thinking their 2016 decision had been right slumping to just 81 percent. This is a full 11 points below where they were four years ago, with leavers switching directly to remain rather than don’t know.

Finally, in terms of how opinion has changed in the age groups, in 2016 an average of the first four polls looks like this:

In the 18–24 bracket, despite some polls showing ‘right’ as low as 13 percent, when it’s averaged out, the results indicate, surprisingly perhaps, that young people, although still the most anti-Brexit, have not changed significantly since 2016 – albeit there are rather more don’t knows and fewer thinking it was right.

Finally, we can also see the shift in the demographics. In August 2016, 82 percent of those polled said they had voted in the referendum. By 2020 this had fallen to about 77 per cent.  I assume this is a result of YouGov creating a more representative sample. About 1 percent of the population die each year and this is overwhelmingly from the +65 bracket where pro-Brexit sentiment is highest. The electorate is restored by a similar amount from those turning 18, far more anti-Brexit but also much less likely to vote.

So, what does all this mean for Johnson and his government? There has been almost no expectation management and often quite the reverse. He enters a dangerous moment with widespread innocence about the harsh truth of Brexit’s impact, but with a public more and more convinced it’s the wrong thing to do.

A smooth and seamless end to the transition is the minimum expected, but it appears to be an increasingly unlikely outcome. Infrastructure is not ready, IT systems are incomplete and untested, new staff have not been recruited or trained and experienced workers in UK-EU supply chains are unfamiliar with the new processes which come into being overnight on 1 January.

It is a recipe for chaos. Warnings have been dismissed as scaremongering by the prime minister and Michael Gove, but reality is about to show its face. It will no longer be possible to deny with reassuring words that we are “very, very well prepared” or we will “prosper mightily”. The facts will soon speak for themselves.

Will opinion be swayed? We shall see. Let us hope The Times continues to carry out the polls. They will be worth following closely in first half of 2021 – the future of Brexit will be decided then.