As the people of Yorkshire suffer, their chancellor plays to the backbenches

The people of Yorkshire need economic support more than ever, but their first Chancellor from the region in 45 years ignores their needs. 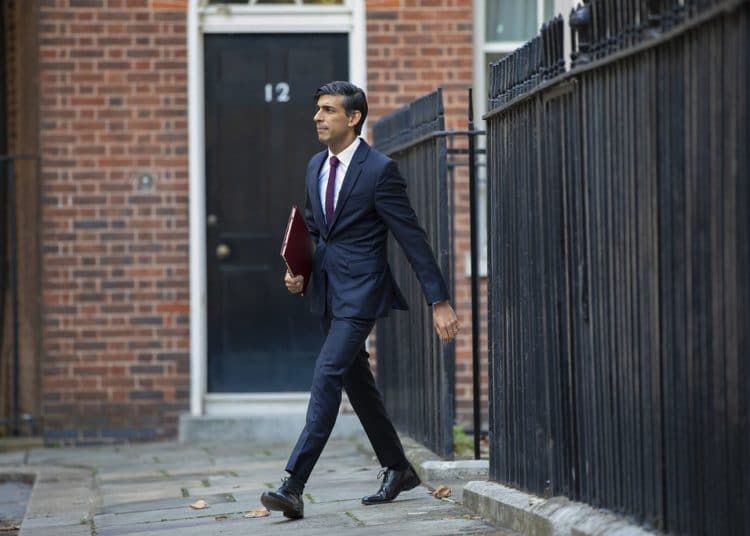 To say that Yorkshire is underrepresented at the highest levels of government is an understatement. Only four Yorkshire MPs have lived on Downing Street since the 19th century, and the last time that a Conservative from the region was either chancellor or prime minister was the Viscount Goderich in 1828.

Of course, Rishi Sunak is not exactly a Yorkshireman through and through. We actually share something in common, having both grown up around Southampton before moving up to God’s own county. From my experience, Yorkshire folk are a welcoming lot, and, as long as you have their back, they will support you in return. But the chancellor’s actions over the last few days have not exactly been in the interests of the region he represents.

As my colleague Jane Thomas wrote this week, Yorkshire has been hit particularly hard by the pandemic. We have the highest mortality rate of any region, while 401,000 families are depending on universal credit during the pandemic.

The people of Yorkshire are in dire need of assistance, yet their chancellor has chosen to play politics with their livelihoods. Only six Conservative MPs broke ranks to support Labour’s opposition day motion to retain the temporary £20-a-week uplift in universal credit, and Sunak was not one of them. In fact, most Conservative MPs didn’t even show up to vote.

Jason McCartney MP (Colne Valley) was the only Yorkshire Conservative MP to stand up for his poorest constituents, and government whipping has caused modest rumblings in the Northern Research Group, of which McCartney is a member. In contrast, the chancellor is reportedly determined to make sure the increase doesn’t become permanent, with an ally saying to the Financial Times:

“It would cost £6bn – that’s the equivalent of putting 1p on income tax and adding 5p a litre on fuel duty. Hopefully this will help focus minds among Conservative colleagues on what we value most”.

It is uncertain whether the uplift will remain in place, but the fact that it is in question at all is a reflection on the fiscal hawkishness of this chancellor. Sunak’s reluctance to spend has repeatedly fuelled the second wave of the pandemic: not only was his reluctance to provide support to Tier 3 areas behind the prolonged standoff in Manchester, but Sunak was a prominent supporter of keeping the economy open during the virus’ resurgence.

On 24 September, he urged the British public to go out to the office, saying in parliament, “We must learn to live with [the virus] and live without fear”. This was three days after SAGE had recommended a circuit-breaker lockdown.

Moreover, Sunak’s business-first approach to our pandemic strategy has led to what I’m terming the ‘paperchase problem’. Essentially, whether you think the spread of the virus is down to increased illegal, social activity (for which there is no evidence) or legal business activity (for which there is a bit), both are the fault of this business-first approach.

To take a purely anecdotal example: it has been illegal for me to see my partner since the 17 October, and will probably still be so for another few months. However, say that we worked together at Paperchase, we could have seen each other there for eight of those 14 weeks. Have I seen my partner since 17 October? Unsurprisingly, yes. Have we opened a small business together? Not yet.

By prioritising commercial contact over social contact, the chancellor has thus not only increased the rate of viral spread, but strained the public’s tolerance for further restrictions.

Sunak has a great deal of personal responsibility for the current state of the crisis, yet he refuses to bend his tight fiscal rules to help those impacted by his mistakes.

Why? One reason is that this is simply what he believes. A historic supporter of universal credit as a backbencher, Sunak has never made his fiscal conservatism a secret.

Another may be his hopes of backbench support during a potential post-pandemic leadership contest. With Steve Baker’s Covid Recovery Group threatening a rebellion over continued lockdown, it’s clear that there is a segment of the parliamentary party that is more concerned by the welfare of the private sector than the impact on the virus on public health.

By standing up and making a tough and unpopular stance on universal credit, is Sunak signalling to these MPs that a vote for Sunak will be a vote for fiscal orthodoxy?

It is difficult to tell, and I doubt that any potential leadership rival is going to go hard on the chancellor for refusing the uplift, given the beliefs of the Conservative base. Nonetheless, whether it is ideology or politics preventing Sunak from doing what is necessary to protect people during the pandemic, his actions have once again shown him up as thoroughly ill-suited to this moment.