Culture secretary enthuses about champagne picnics while artists try to work out how to make a living. 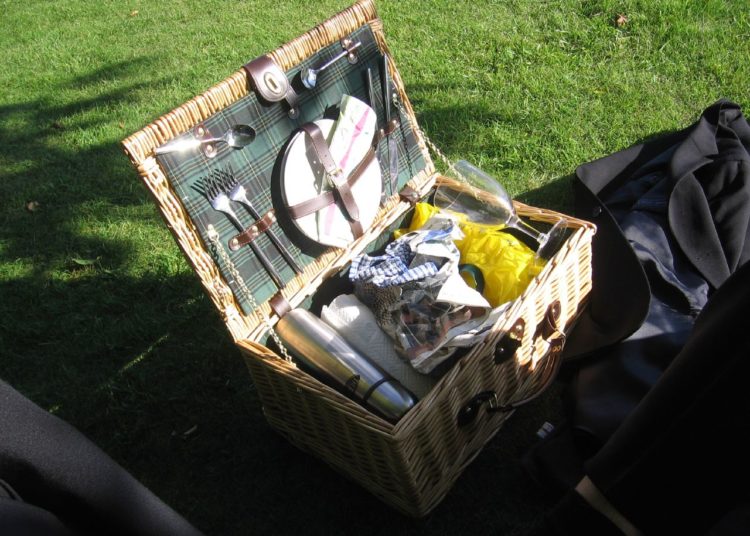 Hamper at Glyndebourne Photo: omaniblog is licensed under CC BY 2.0

Culture secretary enthuses about champagne picnics while artists try to work out how to make a living.

Forget the grassy knoll, 9/11 or the outbreak of WWII. Can you remember where you were when Oliver Dowden announced that “music lovers can attend Glyndebourne this summer”?

This writer still has lacerations of the throat from choking on some particularly testing pork scratchings when he heard it, so the full-colour mental image of the moment is as vivid as Proust’s madeleine cakes.

If ever an utterance summed up a government’s attitude to the arts, this was it. An opera festival which embodies exclusivity is back on, chaps, so everything’s OK. Except it’s not. The festival’s still cancelled (poor Oliver’s probably never heard of rehearsals). There will, however, be some outdoor performances if you’ve got £100 a ticket (only £50 for kids!).

It came quite early in an announcement that, after weeks of petitioning, celebrity appeals, closures of theatres and a freelance sector faced with the prospect of zero income for the foreseeable future, the Treasury had allocated £1.57bn for “the arts”. The chancellor, Rishi Sunak, had cannily ensured that his face was prominent in social media announcements, which all bore his signature.

The week before the announcement, when the whole arts world was in uproar at being cast adrift (unlike their German and French counterparts whose freelance salaries were guaranteed for a year), Dowden, a lawyer from a selective school who’d been a Cameron SPAD after Cambridge and then worked in PR, was working his jolly little socks off to boost the UK’s arts sector. Praising the new Titian exhibition at the Royal Academy.

Standard “we’re the party of the people now” stuff.

“Normally at this time of year, I’d be in a field somewhere in the UK, working 18 hour days as stage manager to ensure that festival-goers get the best show possible. Over the many years I’ve been earning a living in the arts, this is, (pardon the overused phrase), completely unprecedented. As a freelancer there’s nothing there. Funding streams have dried up.

Given that the arts as a whole brings in £30bn to the UK (and that’s before we consider the priceless nature of the joy, connection, and sense of wellbeing it brings) I truly believe this country should be following the example of neighbours like Germany, where support for freelancers and artists has been both swift and generous.”

While a supermarket can sell just as many pizzas with its customers 2m apart, a show needs a crowd. It was true that while high-profile praise came instantly from many quarters on twitter, it was significant that none of the details were available at the time. £1.57bn sounds like a lot. Unless you can count. By contrast, the French government stumped up €7bn.

One problem is that when people talk of “the arts” they tend to think, as Dowden seems to, of highbrow, high-priced activities enjoyed by high-flyers in prestigious venues. Consequently, many have little sympathy for a sector seen as full of cosseted luvvies enjoying la dolce vita. The reality is different.

Wakefield Theatre Royal, a typical example of a regional theatre offering a popular variety of touring shows and an annual pantomime, still doesn’t know whether it will receive any of the government’s cash. York Theatre Royal has received some Arts Council funding to help keep it going through forced closure but many regional theatres, like Southampton’s Nuffield Theatre, have been forced to close permanently. In the Nuffield case, 85 people lost their jobs. They probably won’t be attending Glyndebourne.

However, to see the arts as buildings rather than people is a mistake. In every town, every day, artists scratch a living working in communities in a manner that is anything but elitist.

Ali Bullivent is a singer-songwriter who works all over Yorkshire and Humberside running community choirs and offering ‘singing for lung health’ workshops. The pandemic has completely taken away her means of earning a living.

“I cannot envisage re-starting indoor singing sessions for community choirs or people with lung health issues. Work is continuing for some via Zoom and Facebook Live and some choir members are choosing to meet outdoors at a social distance in groups of up to six to sing together which is life affirming. Singing with a mask or visor is not an option, so until we have more good information and research, the massive benefits of singing together chorally will remain closed off.”

Back in the 1960s, Joni Mitchell told us “you don’t know what you’ve got till it’s gone.” Joni, bless her, can live off the royalties from that. In this crisis, it is contingent upon us all to support local artists wherever we can.

The situation is well summed up by legendary ranting poet Attila the Stockbroker, who has made a living performing poetry, without any state aid, for the last 35 years. He wrote this verse exclusively for Yorkshire Bylines:

“I don’t want to go to Glyndebourne

Oh, no it does not move me

I don’t think it would improve me

So don’t you look down your nose

I don’t want to go to Glyndebourne“