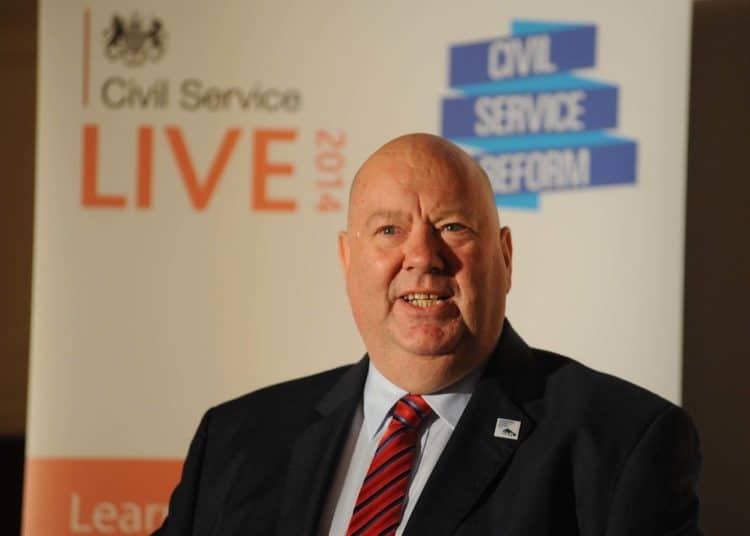 Image by ukcivilservice for Creative Commons

Joe Anderson, the directly elected executive city mayor, was arrested last week and questioned on suspicion of conspiracy to commit bribery and witness intimidation. According to the local paper, the Liverpool Echo, this will not have come as a huge surprise to some inside and outside that great city, with talks of the arrest as the “latest dark saga for city politicians and developers”. Anderson released a statement last Saturday saying that after a six-hour interview he was cooperating with police. He was bailed to return in a month. He stepped down from his role on Thursday, 10 December.

Liverpool has long been a source of political controversy. Between 1972 and 1982 the city lost 80,000 jobs. It emerged in 2011, under the 30-year rule, that Margaret Thatcher was secretly urged to abandon Liverpool to a fate of “managed decline” after the Toxteth Riots of 1981. Geoffrey Howe, the then prime minister’s chancellor, wrote to Margaret Thatcher warning, “not to overcommit scarce resources to Liverpool”, saying that he feared Merseyside was “going to be much the hardest nut to crack”.

“It would be even more regrettable if some of the brighter ideas for renewing economic activity were to be sown only on relatively stony ground on the banks of the Mersey”.

Michael Heseltine then visited the city on a two and a half week fact-finding mission, which resulted in his asking for an annual budget of £100m if he was to bring about real change in the city’s fortunes.

“There is no point in thinking for one moment that the exercise would be anything other than a disaster if I was not empowered to take real decisions on my own responsibility whilst I am there. Without the announcement that extra resources will be available, I am sure that the government’s commitment will lack credibility.”

As secretary of state for the environment, Michael Heseltine became Margaret Thatcher’s unofficial minister for Merseyside. Thus began the modern Conservative Party’s introduction to the North/ South divide and to the sums of money it was going to take to ‘level up’ basic services for the citizens of England’s poorest and most sectarian city.

Liverpool improved. In the 1990s, the city benefitted from two tranches of European Objective One funding and in 2004 the city’s efforts were rewarded with the 2008 European Capital of Culture prize. In common with all the great cities in the UK, Liverpool’s problems are not explained by a lack of entrepreneurism in its citizenry. Evidence of this abounds in its large creative sector and in the night-time economy; both are vibrant and contribute to Liverpool’s ‘party city’ reputation.

However, the city council owns large tracts of brownfield sites within the city boundaries. Developers wanting to put these sites to economic use or wishing to develop council-owned property to more commercial activities, must engage with the local authority to get permission for their plans. This is where the potential to bend rules, cut red tape and get close to decision-makers comes into play.

‘Corruption’ is an idea that many of us think we understand well. There is however, a grey area; a spectrum of business activity that blurs the edges of ‘corruption’, draws individuals into a web of complex relationships, and sets expectations for how things work in this area of the public sector. This doesn’t necessarily relate to the Liverpool case (we don’t know the specifics yet), but more to public sector arrangements in general.

Think of the wine sent over to the councillor or council officer, to say thanks when a job is complete. Or the building firm that always seems to win the contract because the council’s pleased with their work. The friend of the councillor who will take the odd piece of wasteland off their hands, create a car park and in return, makes a decent contribution to the hard-pressed council coffers. A local ecosystem develops, a climate of favourites, the city way.

Are these hypothetical activities of city officials corruption, or do they just make life in the city more bearable, more enjoyable? Do they lead to positive spinoffs for the city’s inhabitants? But what happens when these local arrangements gather momentum and the city develops a bit of a reputation? The wider business community from outside the city doesn’t want to get involved in developing their business in cities like this. They don’t want to risk the damning publicity that such an ecosystem could do to their national and international reputation.

Politics must also be taken into consideration when the city being examined is Liverpool. It is shaping up as a rerun of the 1980s. A Conservative government led by an unpopular politician in Merseyside (with his popularity declining elsewhere too), versus a Labour-run council, with Liverpool city and metropolitan area the first to move into tier 3 of England’s new lockdown system. Howe’s preparedness to let Liverpool ‘go to the wall’ many years ago is well known in the city and not forgotten.

The present city mayor Joe Anderson, has been a vocal critic of government cuts that have decimated the city’s ability to support its most vulnerable. Joe Anderson has also lost his brother to the virus. His support in the city is high. In the meantime this means that deputy mayor Wendy Simon, will become the de facto mayor of Liverpool.

In a statement issued on the 10 December, Mayor Anderson said,

“I have always done what I believe is best for the city, and I am taking the following action with those best intentions in mind. It is important that everyone in Liverpool knows that our leaders are focused on what is most important to the people, their livelihoods and, with a pandemic still in force, their lives. For this reason, I believe it is important that the city, and the government, are reassured that our city is indeed operating in the correct way. I am, therefore, stepping away from the decision- making within the council through a period of unpaid leave, until the police make clear their intentions with the investigation on the 31st December.

“The arrest on Friday has also been a painful shock for me and my family, following a few difficult months. I need to focus on their future and returning to a normal they can recognise, with the reassurance that I am no longer under suspicion. Therefore I am going to focus on co-operating with the police in their ongoing inquiry, as I believe time will make it clear that I have no case to answer”.

Anderson’s commitment to his city is undiminished. He finished by adding, “This situation has not dampened my passion for our city and the inspiring people who live and work here, most particularly the dedicated public servants who work within the council and the Cabinet. They will continue their incredible work, as we would expect, against the challenging circumstances we find ourselves in”.