Experts this week gave evidence to the APPG on coronavirus on why we need a public inquiry into the government's handling of the pandemic, when it should happen and how it would work? 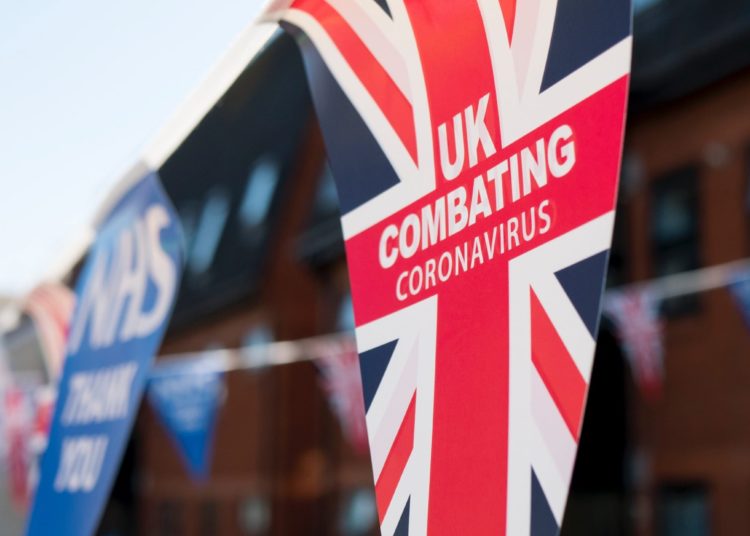 Photo by Grooveland Designs on Unsplash

The Covid-19 pandemic has touched every aspect of our lives, from education to social care. It has changed the way we work, travel and communicate. The prime minister has recently acknowledged the need for a statutory public inquiry. But what does such a wide-ranging inquiry look like and how should it be conducted?

Yesterday, the all-party parliamentary group on coronavirus (APPG) – which has been running a rapid review of the government’s handling of the pandemic since July 2020 – held a hearing on how a public inquiry on this scale might be conducted, and what it should consider. In a live evidence session, the cross-party group of MPs and peers heard from experts from the King’s Fund, the Institute for Government, Justice, Lord Kerslake (former head of the civil service) and the Health Foundation.

Public trust and the scope of the public inquiry

At the livestreamed event, the experts discussed how to build in trust into the inquiry, on the part of those most directly affected by the pandemic.

Jodie Blackstock, barrister and legal director for Justice said at the hearing:

“There must be wide consultation to enable public trust and buy-in. The Inquiries Act makes the set up a political decision – the appointment of the chair and timing and terms of reference are matters for the ministerial department.”

She added, “It is essential that those powers are used in the most hands-off way possible, so that we have the widest possible consultation”.

The experts agreed that for the public inquiry to be effective, those directly affected must be heard, particularly frontline workers, those unable to attend loved one’s funerals and those whose loved ones were sacrificed when elderly patients were moved into social care without testing.

At the same time, an inquiry of this breadth will not be able to answer every question or satisfy everyone. Intrinsic to its success will be its ability to deliver conclusions and recommendations within a reasonable timescale.

In order to minimise delay, one suggestion discussed by the witness experts was that the inquiry could be divided into manageable interconnected subject areas, focusing on different themes, such as pandemic preparedness, border control, NHS capacity, social care, education and public health messaging, each headed by an expert panel member.

Such a structure would enable different aspects of pandemic management to be investigated concurrently, so that interim conclusions and recommendations can be published during the course of the inquiry.

Boris Johnson wishes to delay the start of this until spring 2022. His reasoning is the possibility of another winter resurgence and the fact that it would be wrong to take up an official’s time prematurely.

However, as agreed by the experts, there is no need for further delay. Lessons need to be learned as soon as possible. There is a real danger of losing key evidence, when institutions such as Public Health England no longer exist, and individuals have left office.

As Richard Murray, chief executive of King’s Fund, explained at the hearing: “We need to begin sooner rather than later. There is an enormous amount of information in the public domain already. If we wait too long we will lose so much and people will be gone.”

A third wave is now widely expected this summer with the widespread transmission of the Delta variant – which could have been prevented if India had been added to the travel red list, with proper border control and quarantine. It would appear these lessons need to be learned as a matter of urgency, not next spring.

Lessons need to be learned sooner rather than later

Public inquiries like the ones into the Grenfell fire, the Hillsborough disaster and the murder of Daniel Morgan have all been hindered by long delays, affecting families, victims and public confidence. There are concerns that similar delays with any pandemic inquiry will likewise affect the impact of any outcomes.

So, a rapid review would mean lessons learned quicker, preventing further tragic impacts from the virus. In the meantime, the risk is ongoing. On Monday it was reported that over the past seven days, 52,076 people tested positive for coronavirus, despite the rapid increase in vaccinations, there are still predictions of a third wave looming.

The Independent this week reported that a third wave could result in a further 40,000 deaths, as the delta variant sweeps across the nation. This is despite the delay in lifting lockdown restrictions on 21 June. Imperial College London’s latest model also suggests this variant could lead to hospitalisations and deaths similar to last winter.

What will be the impact of a continued failure to learn lessons?

The importance of this public inquiry for future was outlined by former head of the civil service Lord Kerslake who stated: “We need the public inquiry to be underway sooner rather than later. There are 150,000 estimated deaths, and bereaved families deserve answers.”

With infections now concentrated in the unvaccinated population, leading to a further risk of long covid particularly in those under 18, which has been another topic of debate amongst the APPG.

It was recently reported by the Office for National Statistics (ONS) that within Yorkshire and Humber, 100,000 people are living with long covid, with an estimated million more suffering across the UK.

Children are also likely to suffer from the continued symptoms of long covid, leading the NHS to launch 15 new paediatric long covid clinics. An ONS study of those with confirmed coronavirus showed that 7.4 percent of children aged two to 11, and 8.2 percent aged 12 to 16, reported continued symptoms beyond the first four weeks of illness, including respiratory problems and fatigue.

What needs to happen?

As Tim Gardner, senior policy fellow at the Heart Foundation told the APPG yesterday, “Inquiries can be an impetus for change, but ensuring that changes are implemented is a role for parliament”.

With transmissions still increasing and the prospect of future delays in the roadmap out of lockdown, a public inquiry is definitely welcome, to learn lessons and increase public confidence. However, this action needs to be taken sooner rather than later and help the nation recover from the pandemic.