Granville Williams looks at the assault on reality in both the UK and the US, and the need to defend "trusted, independent media". 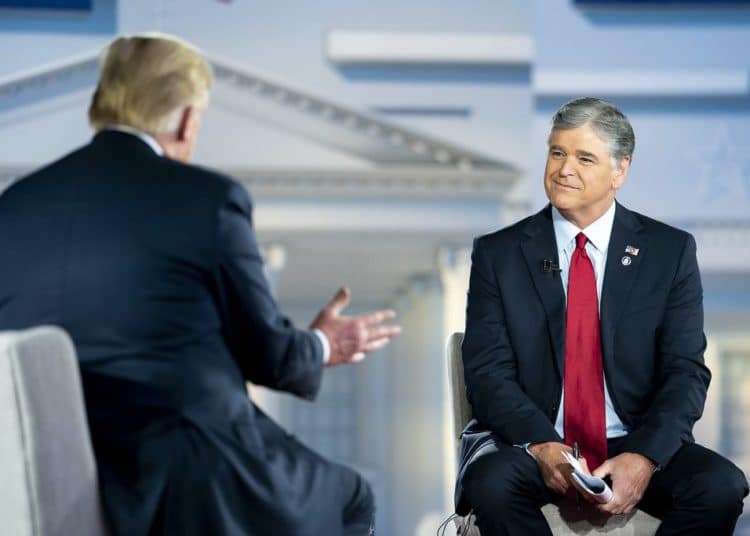 President Trump Participates in a Town Hall Interview by The White House is marked with CC PDM 1.0

Since Trump has been president, no new car plants had been built in Michigan. In fact, as the Detroit Free Press pointed out, three thousand Michiganders had lost jobs in the vital auto sector.

Fast forward to late November and still the lies flow forth. Some commentators are suggesting that Trump and Fox News are at war, and the news channel, which had for years promoted Trump’s bizarre claims and conspiratorial rants, is now challenging him. It’s just not the case. Fox hasn’t turned on Trump. Media Matters for America, a watchdog group, calculated that between 7 November – the day that outlets including Fox called the election for Biden – and 16 November, Fox personalities and guests cast doubt on, or pushed conspiracies about, Biden’s win hundreds of times.

On Thursday 19 November, the network aired the Giuliani-Powell conspiracy marathon (one hour, 45 minutes) in its entirety. Among other things, the lawyers alleged that Trump’s defeat had been engineered by “communist money” and rigged voting machines in a scheme hatched by the late Venezuelan president Hugo Chavez. Among the other alleged culprits: George Soros, the Clinton Foundation, and “communistic” countries like China and Cuba.

Trump and his cohorts know that even the most bizarre lies will find an extensive audience in the far-right media ecosystem. Fox News is enmeshed in this system, but now faces intense competition from One America News Network and Newsmax, which have been eager to push Trump’s favourite conspiracy theories about the election. They are making a concerted play for an audience that is accustomed to a steady diet of outrage and grievance. Their drive for ratings fuels the willingness to embrace Trump’s lies.

In the UK, we have another accomplished liar in Boris Johnson. Peter Oborne, chief political columnist of the Daily Telegraph until he resigned in 2015, has this to say about the prime minister:

“I have reported on British politics for almost three decades, and have never encountered a senior British politician who lies, cheats and fabricates as habitually or systematically – or with as much inventive relish – as British Prime Minister Boris Johnson. Or gets away with deceit with such ease”.

The government’s handling of the Covid-19 pandemic has been appalling. The National Audit Office reveals that it spent £12.5bn in purchasing PPE equipment at inflated prices. Of 32 billion items ordered, only 2.5 billion had been distributed by July.

Johnson dismisses as “trivia” allegations of bullying in government and wasting taxpayers’ money whist enriching cronies with PPE contracts. For him there is no distinction at all between fact and fiction or truth and falsehood.

The need for trusted, independent media to hold lying politicians to account has never been more urgent.

This piece originally appeared as an article in the winter edition of Media North, available via their website.