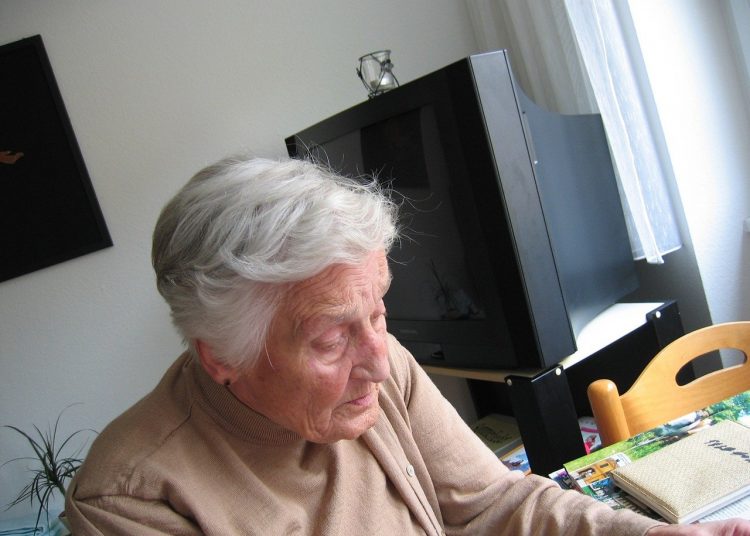 After my wife, Margaret Brown, was diagnosed with Alzheimer’s Disease in 2018, the two of us made an effort to visit different social events where we could meet people in similar situations. In 2019, we attended a Dementia Forward social event at Northallerton Library.

During our discussion, the European Parliament elections – which were being held on 23 May – were mentioned. On the back of polling cards for such elections or referendums, is the following:

“If you are away or cannot go to the polling station on Thursday 23 May 2019 you can do one of the following:

Having voted for over 40 years, we were aware of the voting procedures and so, on 16 May, a week prior to the European elections, Margaret sent the following email to the local Electoral Registration Office (ERO):

My name is Margaret Brown, please allow my husband, Derek James Brown to vote on my behalf in the European Parliament Elections on 23rd May.

I have been diagnosed with Alzheimer’s Disease and I would like my husband to vote on my behalf at this and all future elections.

The following day, I received a phone call from a representative of the electoral office, where I explained that the only challenge Margaret faced was putting the ‘x’ on the polling card, not her ability to decide who to vote for.

Having explained Margaret’s situation to a member of the Dementia Forward staff, we were put in contact with Jillian Quinn, chief executive officer of Dementia Forward, who also contacted the ERO.

In response to our email, which was titled, “Proxy vote due to ill health”, we received the document, “Guidance on assisted applications in England and Wales”.

Within this document, were two clauses that particularly struck me, as they were grounds for Margaret to receive a proxy vote:

For the matter on power of attorney, I was referred to this clause:

Alzheimer’s Society, the UK’s leading dementia charity, also provided some assistance with our situation. They referred me to their blog, “Dementia doesn’t change your right to vote on 6 May”, where it states that people with powers of attorney cannot vote on someone’s behalf but that anyone can appoint someone else to vote on their behalf.

This suggests that Margaret’s name should not be removed from the electoral register, as the ERO suggested, but that someone, other than me as her attorney, can vote on behalf of Margaret by proxy. As the Alzheimer’s Society blog says:

Having received guidance from both Alzheimer’s Society and Dementia Forward, I made one final request for Margaret to be added to the electoral register, and that I be her designated proxy voter.

After much discussion with the ERO about whether Margaret had the mental capacity to vote, or to appoint a proxy, we received the following letter. There was no explanation as to why we had previously been told Margaret was being removed from the register:

Notice of AIlowance of a Proxy vote application

I am pleased to inform you that I have allowed your proxy application.

Details about your absent vote are listed below:

I have entered the person above onto my list of proxies.

If you require any further information or assistance with this matter, please do not hesitate to contact me.

The guidance for the Electoral Registration Officer clearly states:-

“The ERO does not have the expertise to determine whether a person has mental capacity or not” and “There should be a presumption that the person has capacity”.

The sad situation is that, as with many issues regarding people with mental impairment, the attitude is: refuse first and let them fight for their rights. In the end, when it comes to the question of mental capacity, society still says ‘no’, unless you are able to fight your corner.

Society needs to grow a heart.

Derek retired in 1999 after 30 years as an electrical engineer working in an electricity company in Manchester. He now lives in Northallerton with his wife Margaret.