Alok Sharma's role as chair of the Cop26 conference - to be held in Glasgow in November - is now a full-time Cabinet position. 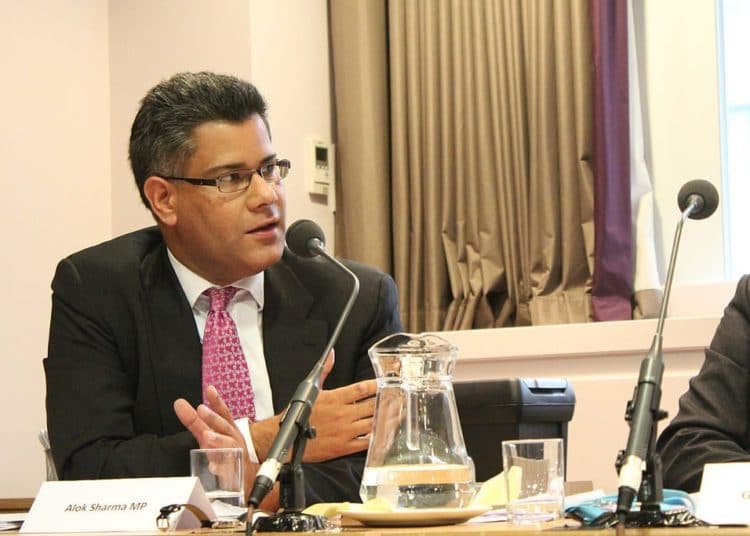 Alok Sharma, the former international development secretary and business secretary has been promoted by Boris Johnson to chair the Cop26 conference in Glasgow in November 2021. This will be the largest summit the UK has ever hosted, with representatives expected from approximately 200 countries. Sharma will now retain his Cabinet seat and concentrate on this hugely important international role full time.

Johnson has a lot riding on the success of Cop26 in Glasgow, although his record with the previous chair Claire O’Neill does not inspire confidence. O’Neill, the former energy minister, was fired in January 2020, serving just a few months as Johnson’s first chair of Cop26. She was dismissed by Johnson’s key adviser, Dominic Cummings, and then sent a letter to the prime minister saying the UK is “miles off track” and that promises of action “are not close to being met”.

She told BBC Radio 4’s Today programme that “we are miles off track globally where we are meant to be” and there had been a “huge lack of leadership and engagement” from the current administration. She said her job had been a “lonely place” and that Johnson had “admitted to me he doesn’t really understand it”, although others around him did.

O’Neill said the Cabinet sub-committee on the climate conference had not met since it formed the previous October. She suggested that Johnson’s personal animosity towards Scotland’s first minister, Nicola Sturgeon, was endangering the success of the summit and claimed the prime minister was considering relocating the event to an English location because of “ballooning costs”.

What a difference a year makes.

Both Cummings and O’Neill are now gone from the government and Johnson’s new man in Glasgow, Alok Sharma, now finds himself with just nine months to secure success at this summit.

Sharma said of the challenge we face:

“The biggest challenge of our time is climate change and we need to work together to deliver a cleaner, greener world and build back better for present and future generations. Through the UK’s presidency of COP26 we have a unique opportunity, working with friends and partners around the world, to deliver on this goal”.

There is widespread agreement that the Cop26 chair should be a full time post in the Cabinet. The surprise is that this did not go to a better-known politician such as David Cameron or William Hague, who both reputedly turned down the role.

Concern about Sharma’s voting record on environmental issues shows that he has voted positively on only two occasions out of 13 he was present in the House for. The website ‘TheyWorkForYou’, which rates MPs on their voting records states he, “generally voted against measures to prevent climate change”. Indeed, on the Guardian’s climate index Sharma scored just 15 percent. The paper notes that he was present for 13 votes on the climate, but voted positively in only two. More significantly, it highlights that “Sharma received a donation with a value of £15,000 from Offshore Group Newcastle, which makes platforms for oil, gas and wind energy companies”.

Sharma showed little interest in the environment before his promotion to secretary of state for international development in 2019. Between becoming an MP in 2010 and being promoted to this position in 2019, he mentioned “climate” only six times in parliament. He is also on record as supporting the further expansion of Heathrow airport, which is situated 20 miles from his Reading West constituency.

Previous Cop conferences have been chaired by a high-profile minister, typically the environment minister. France, for example, used the then foreign secretary Laurent Fabius and President Francois Hollande prior to the Paris agreement in 2015. If the UK is to repeat success on this scale, Sharma will need the full international diplomatic firepower of the government and every department of the UK government to get on board with combatting climate change to set an example for the rest of the world to follow.

The prime minister has recently committed the UK to reducing emissions by at least 68 percent by 2030 and is looking for buy-in from other nations to take on similar ambitious targets. Sharma now finds himself tasked with delivering this ambition in Glasgow in November.

For the good of the planet and the welfare of all people, I wish him well in his new role.