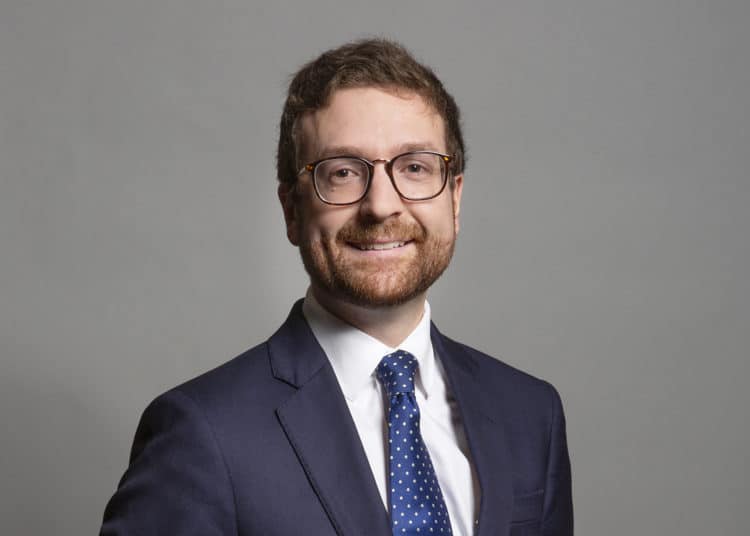 Article first published 13 December 2020. Now updated to include a section on questionable donations

Alexander Stafford is among the ones to watch in the 2019 cohort of Conservative MPs. Stafford is a young father, the grandson of Polish refugees, and, like many of his 2019 colleagues, the first Conservative to represent his constituency, Rother Valley.

Unlike many of his colleagues in the Northern Research Group, Stafford has had a relatively typical political career. Educated at Oxford, where he was president of the university’s Conservative Association, Stafford worked in public relations before becoming a councillor in London and staffer for former frontbenchers Andrew Rosindell and Owen Paterson.

This has borne out in how Stafford has shaped his image in his first year in the Commons. The new MP has tried to brand himself as a modern Conservative: mature and welcoming of Britain’s diversity. He has sponsored early day motions on tackling violence against women and religious persecution, and has spoken in parliament of the importance of highlighting black British culture.

An interest in environmental issues has been key to Stafford’s image, as the MP gave an interview to the Guardian in which he called for a green-led recovery, whilst being moderately critical of how Conservatives like Margaret Thatcher treated the miners after the industry collapsed. In particular, Stafford has pushed hydrogen as a potential way to fuel the green recovery, whilst praising the chancellor’s “green recovery” plan and opposing HS2 on environmental grounds.

At the same time, Stafford clearly believes that divisive rhetoric is the best way to keep his party activists and new constituents on side, taking on a much different tone when speaking about cultural issues than in his friendly environmental Guardian interviews. This came to the fore in a debate on International Men’s Day, when he said:

“It is worth noting that women in Rother Valley are in full support of empowering our local men. They see the everyday struggles of their fathers, brothers, sons, uncles, grandfathers and friends. They do not have the reductive mindset – pushed by many in the liberal metropolitan elite of the Labour party – in which men as a whole species are blamed for gender inequality”.

This sort of intervention is frustrating to analyse; Stafford says nothing that is downright objectionable, but his arguments are still flawed and simplistic. Instead of engaging in a meaningful debate, the MP instead decides to cherry-pick unrepresentative cases, whilst presenting strawman arguments from his opponents to make himself seem more reasonable.

Stafford on protests and policing

Stafford’s conservatism has shown itself in other areas, particularly when it comes to issues around both crime and immigration. In a debate on public order, called during the height of the Black Lives Matter protests, Stafford said this in support of the home secretary, Priti Patel:

“Does my right hon. friend agree that we should push for the harshest possible sentences on the perpetrators of the violence not only for causing the violence but for undermining the key message of equality and for helping to spread the coronavirus?”

Stafford’s tweet here is a gross misrepresentation of the facts. Many of the detainees scheduled to be on the flight had not “destroyed countless lives” but were in fact victims of modern slavery. Some had only committed relatively minor drug offences, such as Tajay Thompson, who was halfway through serving a 15-month sentence for possession of a Class-A substance at the age of 17. To represent the whole group as violent criminals is irresponsible, and fans the flames of cultural division which Stafford claims to oppose.

This sort of leveraging of regressive attitudes is coming increasingly to the fore among backbench MPs. One only has to look at the recent moves by the new ‘Common Sense Group’, whose members claimed in a letter to the Telegraph to:

“Speak for the silent majority of voters tired of being patronised by elitist bourgeois liberals whenever issues such as immigration or law and order are raised”.

This brand of politics is dangerous, as seen from recent warnings of the spread of far-right terrorism in the country, and the inspiration which such figures get from politicians like Priti Patel, who was warned by the Metropolitan Police to tone down her rhetoric against immigration lawyers following attempted attacks on them. To see it being championed by establishment Conservatives like Stafford is a concerning sign of how widespread it is becoming within his party.

Although Stafford has been willing to deploy this dangerous rhetoric, he has shown little willingness to be anything other than a compliant MP. Loyalty to the whip is to some extent expected, but Stafford has only voted against it once in his entire year in office.

His career in communications has also come in handy, as he has quickly mastered the ‘soft question’, designed to provide relief to ministers under scrutiny in parliament. Here are just a few examples of Stafford’s soft questions in the house:

“More than 1 million people have claimed universal credit since the beginning of the coronavirus pandemic, giving them access to support in just a few days. Does my hon. friend agree that this has been vital for dealing with hardship during this difficult period?”

On Jacob Rees-Mogg’s controversial decision to force parliament to sit in person during the coronavirus pandemic:

“I thank my right hon. friend for giving way to an intervention—something that could not be done in the virtual parliament. I therefore thank him for allowing me to participate fully in parliament once more.”

The worst of these softball questions came during a session of prime minister’s questions, when the relaxing of restrictions was being debated. On the day in question (11 November), 22,950 new cases of covid had been recorded, but Stafford’s mind seemed to be elsewhere:

“Christmas is a time for joy and the celebration of hope … In the spirit of Christmas and giving, will the prime minister assure me that families and friends will be reunited and able to celebrate this most important, happy and holy occasion, as we usually do?”

Recently, Stafford has come under fire for being one of 11 Conservative MPs who received payments from IX Wireless. Conservative peer James Wharton’s Cohiba Communications owns a 75 percent share in IX, which is playing an active part in broadband rollout across the UK.

The one time that Stafford broke the whip was to vote against the demonstrations (abortion clinics) bill, which would have limited the ability of anti-choice campaigners to intimidate women going to abortion clinics. This is a continuation of Stafford’s actions as a councillor, where he abstained on a similar bill designed to protect women in Ealing.

Similarly, Stafford has criticised the Divorce, Dissolution and Separation Act, which added no-fault divorce into law and helped to make it easier for men and women to escape toxic and dangerous relationships. Stafford expressed concern that the bill might “undermine the sacred marriage vows” and allow “quickie divorces”.

Alexander Stafford may well want to market himself as an exciting new MP, presenting himself to the liberal media as an environmental advocate, and to his party base as a popular firebrand on cultural issues. But if he succeeds in Westminster, it will more likely than not be because of his staunch loyalty to the government.