Alex Salmond has surprised some in Scotland and many more in other parts of the UK by launching a new, pro-independence party, the Alba Party. What does this mean for the future of the union? 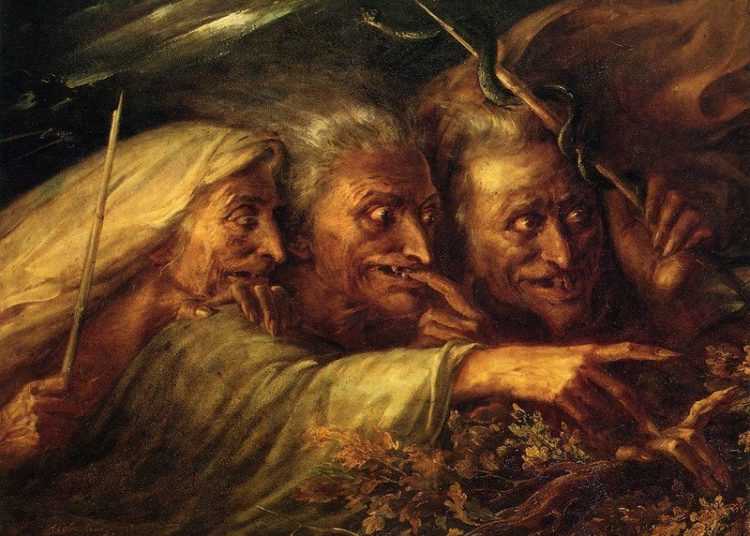 If Will Shakespeare were alive today and living in Stratford, chances are that we’d be awaiting his latest play, that yet to be famous tragedy, ‘Scotland – the struggle for independence (Part 2)’.

We’ve studied Part 1 and know much of it by heart. It covers the Scotland Act 1998 and the establishment of the Scottish Parliament in 1999, taking some powers previously held by Westminster. It also covers the rise of the SNP in 2007 – ousting Scottish Labour as the governing party – and Alex Salmond emerging as first minister with Nicola Sturgeon as his loyal, devoted deputy and mentee.

Part 2 opens in March 2021. Alex Salmond surprised some in Scotland and many more in other parts of the UK by launching a new, pro-independence party, the Alba Party. It aims to contest the regional lists in the Holyrood general election in May.

For those unfamiliar with the electoral system operating in Scotland, 73 MSPs are elected to represent constituencies under a first past the post ballot, and a further 56 MSPs are elected by a regional list system, designed to ensure the overall make-up of the Holyrood parliament is more representative of political opinion in the country.

Alba candidates will run only in the regional lists. Salmond thus hopes that he and some of his party to be elected to a parliament that contains a majority of MSPs who are pro-independence.

Alex Salmond returns to politics with the Alba Party

This development, coming on the back of the outbreak of civil war in the SNP, has alarmed established political players of all persuasions, inside Scotland and further afield. Nicola Sturgeon, once Salmond’s most loyal supporter, commented on Salmond’s return to the political fray in Scotland:

“I take no pleasure in saying this, I think there are significant questions about the appropriateness of his return to public office given some of the concerns have been raised about his conduct, but that is a matter for voters to judge and decide. This is an election after all, we live in a democracy. For my part I am focused on the interests of the country.”

Salmond was cleared of 13 charges of sexual assault, including the charge of attempted rape, in 2020. His defence lawyer said during the course of his trial, that Salmond “could be inappropriate” but not criminal. Three civil servants testified during his trial that staff rotas were changed to ensure that no woman was left alone after 9pm with him in his official residence.

The impact of the Alba Party for Scottish independence

The emergence of the Alba Party in time for the May election has raised particular alarm among pro-unionists in Westminster. David Mundell, who served as Theresa May’s Scottish secretary, warned:

“The important thing people have to grasp is that the threat [Salmond] poses is real. The system is as it is, whether he’s gaming it or not is the key. The key is that he and his party present a real and present danger to bringing about an independence referendum and it has to be stopped.”

The problem for the Tories in Scotland is that their popular leader, Ruth Davidson, is about to take her seat in the House of Lords following the 6 May election. She has led the Scottish Conservatives from 2011 to 2019, when she stepped down after Boris Johnson became Tory leader, sighting political and personal reasons for doing so.

The current leader of the Conservatives in Scotland, Douglas Ross, has said that, “nothing is off the table” in terms of electoral cooperation to prevent the next Scottish parliament having a pro-independence majority. Their chances of being able to unite the pro-Union opposition look very slim indeed.

Alistair Carmichael, the Scottish Liberal Democrat campaign chair, has said of Ross’s politics that they are “far too dark and divisive”. Anas Sawar, the Scottish Labour leader, says that Douglas Ross needs to “grow up”, adding, “This election is not some kind of a game – it’s about focusing on a national recovery.”

What does this mean for Scottish independence?

Alex Salmond has been a major player on the political scene in Scotland and Westminster for many years. A good showing in May for the Alba Party would signal a game change in the drive for independence in Scotland. It would damage Sturgeon and the SNP, after an impressive performance from her during the covid crisis.

A resurgent and renewed Salmond would also pose a great threat to Boris Johnson. He will demand a second independence referendum through a section 30 order, and this is likely to be refused by the prime minister, who dare not grant it for fear of losing Scotland. The problem is, what happens then?

A Scottish parliament full of pro-independence MSPs could go it alone with a Catalan-style declaration of independence. This would demonstrate to the rest of the UK and the wider world that the UK’s time is up and that Scotland wants to make its own way in the world. Salmond’s Alba Party is in a hurry; Sturgeon’s SNP is more cautious.

But Salmond is unpopular with voters

“The success or otherwise of the enterprise will rest heavily on Mr Salmond’s personal popularity. However, Mr Salmond is not a very popular politician. According to YouGov and Opinium, only 14% of all voters have a favourable view of Mr Salmond.”

The May election could be the end of the line for Alex Salmond or it could be the beginning of political turmoil in the north of Britain. The Scottish parliamentary election takes place on Thursday 6 May. If this were a Shakespeare play, the audience has just been asked to their seats, the lights have dimmed, enter the narrator, the preamble is about to begin.

You get the idea.