A United Ireland is not just a dream, but it is essential to Ireland; there is great work to be done but the outcome would be groundbreaking. 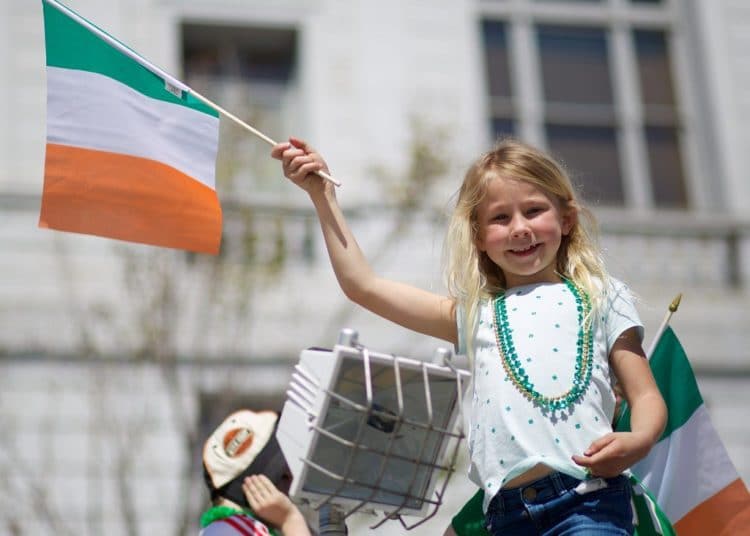 There was such great optimism on the entire island of Ireland, the UK and the world when the Good Friday Agreement (GFA) was signed on 10 April 1998. This was justified as the horrific almost daily news of terrorist atrocities stopped and genuine reconciliation and peace looked assured. But the ending of terrorism has not ended the underlining hatred, divisions and conflict that is still with us today.

The recent riots in Northern Ireland have reopened wounds that may never heal. For me as an Irish man living in the UK now for almost 36 years, a United Ireland by consent of all the communities is the only solution. It will take considerable time to achieve, but we must start embarking on a journey to true peace and reconciliation in Northern Ireland

Growing up under the shadow of the Troubles in Kildare in Ireland, we were largely insulated from the daily terrorist atrocities in Northern Ireland, but it was visible on every road bridge and wall all around Ireland. And the message was very clear “Brits out” or “Brits not welcome here”.

A horrific terrorist atrocity did strike Ireland though, and on that day, I was in Dublin.

My father was in a Dublin hospital on Friday 17 May 1974 and all the family was visiting him on that Friday afternoon. In the distance we could see smoke rising from several locations in the city. Three bombs had just exploded in Dublin during the evening rush hour, and a fourth exploded in Monaghan almost 90 minutes later. They killed 33 civilians and a full-term unborn child, and injured almost 300.

There have been so many horrific atrocities over the lifetime of the Troubles, and multiple IRA bombs have gone off on mainland UK as well. The murder of Lord Mountbatten is remembered by many, but also killed in this brutal indiscriminate attack were two young boys aged 14 and 15 and an 82-year-old woman.

We owe it to every person who was killed or injured to end once and for all the deep-seated poison of hatred and distrust that still divides the communities in Northern Ireland. I find it deeply disappointing that while there has been peace, the healing process necessary in the communities has not progressed that much.

The recent riots are a sad reminder of the past

There are still dissident terrorists active, as we know only too well. There have been multiple reports that it was paramilitaries, for example, who were influencing and directing the young people involved in the recent riots. The murder of the journalist Lyra Mckee just over two years ago while reporting at a riot in Derry on 19 April 2019, is a sad reminder that the peace process remains hanging by a thread.

The cause and solutions are complex and a solution looks as faraway now as peace did during the height of the troubles. But peace was achieved then by exceptionally brave enlightened politicians who had a vision and desire to create the right environment for peace. They included the principal architect John Hume MP, a brilliant Northern Ireland secretary Mo Mowlem, Tony Blair, George Mitchell and others.

Debate around the border poll and a United Ireland

In recent weeks and months there has been a growing debate on the island of Ireland on a border poll and the possibility of a United Ireland. Brexit has definitely accelerated the debate and it’s timely, as we mark the centenary of the foundation of Northern Ireland. This specially commissioned poll by the BBC shows the movement in thinking and the new realities 23 years after the troubles ended.

Also adding to the political mix is the probable success of the SNP in the May elections, when pressure is likely to grow again for an independent referendum for Scotland. Sinn Fein’s influence and power has risen considerably in Irish politics, north and south of the border. And perhaps of greater significance is the rise in popularity of the more moderate Protestant Alliance political party and a decline in support for the ultra-hard-line DUP.

The seeds needed for political change are there and growing.

It’s refreshing that a senior member of one of the Irish governing parties, Fine Gael, has published a document on ‘an inclusive new Ireland’. Mr Neal Richmond TD is a member of the Irish parliament for the Dublin constituency of Rathdown. He says:

“For those of us who aspire to a United Ireland, there is a huge amount of work before us. We must create a vision of a New Ireland that is better than what we have today for everyone borne out of the principle of consent.

“When we have discussions regarding Ireland’s future, we must recognise that these strike a note of fear in many communities. While we should not apologise for a desire to achieve a United Ireland, we also cannot ignore or discount these concerns.”

While presenting to Sidney Sussex College, Cambridge University on Monday 19 April, Neale confirmed that Unionists could retain their own identity in this new Ireland. His thoughts, while of a personal nature, are the basis for the debate to move forward. There will be so many issues to discuss and consider from political to practical issues like health service provisions and education (health is not free at the point of access in Ireland).

The people needed to deliver on this goal are there and the discussion needs to start now.

Just imagine how good it will be when a catholic can date, or marry a protestant or vice versa, and no one bats an eyelid and, in every school, kids from every community can play and have fun together with no segregation at all.

This will be the day when the invisible divisions that are fuelling tensions end on the island of Ireland. This is not a dream, it’s a necessity.