As of now all we have succeeded in is recreating for ourselves the trade opportunities we were about to lose by leaving the EU. 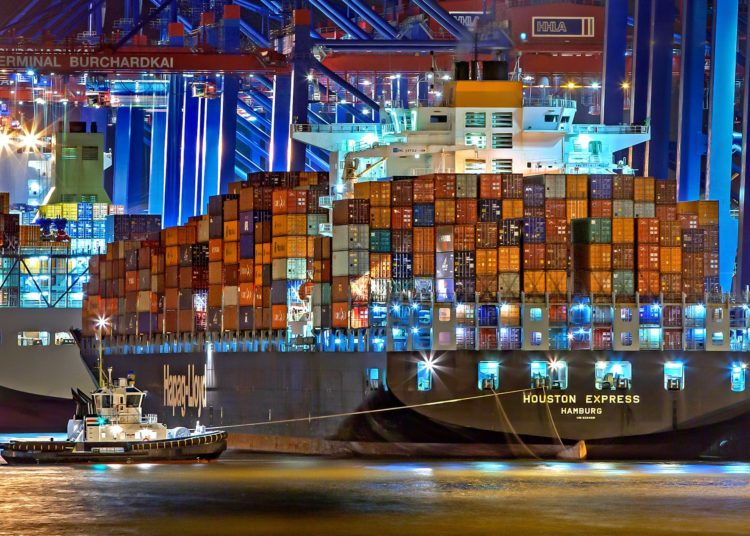 Image by Anthony Beck for pexels

We are out of the EU. We are at the start of a new chapter of British history, and have next to see what we can make of it. Seeing the reality of where we are, is made quite difficult by the stream of exaggerated claims made by Boris Johnson and some of his ministers and supporters. This article is an attempt to find the firm ground. Part one looks at the economics of Brexit.

The last phase of negotiations between the EU27 and the UK was about trade. Boris Johnson now makes bombastic claims as to the value of the deal he secured. What is the reality?

To trade experts, the Christmas Eve deal is a free trade agreement (FTA): trade in goods between the UK and EU will not be subject to any tariffs or quotas, in either direction. However, UK exports to the EU will be subject to border checks, which were not applicable before: checks for conformity with EU standards; checks which will be particularly stringent on manufactured food products (a valuable strand of UK exports) and on agricultural commodities; animal and plant health checks will weigh in on those too. At customs posts, drivers will have to produce many different kinds of forms, and checking them will take time. The cost in extra time at the frontier and office costs to exporters of preparing the forms have been well-publicised (not by ministers) and will be significant. Exporters either have to absorb the costs (in reduced profits) or pass them on in their prices (risking reduced sales).

So ‘free trade’ has to be understood as including new handicaps. It would be more accurate to describe it as handicapped trade than free trade.

The impact of the changes on volumes of exports and the value of trade is not immediately obvious. Some of the new obstructions, like a minimum level that individual businesses have to reach in order to qualify as exporters to the EU at all, are only coming to light as people study the small print of the deal rushed through. Ministers say exporters will get used to the new procedures, but exporters know that the additional costs will be with them for the long term.

The full formal title of the Christmas Eve deal is ‘Trade and Cooperation Agreement’. Access for EU fishermen to UK territorial waters comes under the heading of ‘cooperation’. The tone of the negotiations did not suggest that. Argument was intense and acrimonious. In economic terms it was a storm in a teacup, but it was a struggle to redress a historic injury France had inflicted on the UK in the late stages of our negotiations to join the European Community (as the EU was then called). In 1970, having for some years resisted proposals to create a common fisheries policy (CFP) for the six EC founders – France, Germany, Italy, Belgium, Netherlands and Luxembourg – France suddenly saw things differently with the UK poised to join, bringing with it massive new areas of sea from which a CFP would licence French fishermen to gain. A CFP was accordingly rushed through by the six, in autumn 1970. The UK, by then heavily committed to conclude the talks on accession, was bounced into accepting it at the expense of UK fishermen.

According to the government, the deal just done puts us back in control of our waters. The reality won’t feel much like that. UK fishermen win back a small amount of their share of fish caught in UK waters, increasing by very small steps over five and a half years and, in theory, more later. This is well short of what was promised at the outset, so the government is going to subsidise modernising the industry – according to some reports by as much as £100m – at UK taxpayers’ expense. If, after five and a half years, in the course of annual negotiations with the EU, the UK succeeds in increasing UK fishermen’s share of fish caught in UK waters, the deal gives the EU permission to offset that by imposing tariffs on imports of either fish or some other products from the UK – to the cost of UK exporters. All in all, the deal done on fisheries falls well short of redressing the raid we suffered on accession in 1973; honours far from even.

The Trade and Cooperation Agreement covers most of the goods traded between us. The experts will give it high marks on the scale of FTAs. But it does not cover services. This is a very large omission indeed, and little has been said by ministers proclaiming the value of the deal.

Services make up around 80 percent of the UK economy (and a similarly large percentage of other advanced economies). UK manufacture of goods is these days quite small. Not all services are tradeable – like haircuts, takeaways, Deliveroo and Uber. But some are, most obviously financial services, but also creative and professional services in for example law, accountancy, management consultancy and architecture. The UK excels in these areas of skilled professional work– it truly is world-beating. The deal done so far is entirely unclear on what access the UK will have for exports of these high-value services. That is for negotiation down the track. For some EU members, including France, Germany, the Netherlands and Ireland, Brexit is seen as a heaven-sent opportunity to seize part of this ‘trade’ for themselves. They have gained already at the City’s expense and have every incentive to consolidate their gains at the UK’s expense, and will do so.

What is the story beyond trade between the UK and EU? What about trade with the rest of the world?

The world is our oyster – an oyster which may not be altogether easy to open. Mr Johnson and his ministers value this new freedom highly. They exaggerate its potential value. Economists and analysts have unanimously pointed out that even in theory, it is not possible for the UK to do additional trade with non-EU countries that matches the value of our existing trade with the EU.

Ministers are making claims for the value of agreements that they signed over the past year which are demonstrably exaggerated, and presented in a false light. This is where the gap between the Johnson government’s claims and the reality is at its widest.

The article argues that Britain is heading for a post-Brexit boom after securing new trade deals worth nearly £900bn. The most recent of these is a deal with Turkey signed off just before Christmas by Liz Truss, secretary of state for trade. What is not explained, but needs to be, is that all these 62 deals will do little or nothing more than recreate for the UK the terms of trade that had been open to us as members of the EU. Therefore, these are not new opportunities for trade, but a mitigation of the damage we were about to do ourselves by leaving the EU. One exception may be the deal signed off with Japan. It includes a few variations on the Japan-EU deal, some in favour of UK food exports to Japan, some in favour of Japanese manufactured goods exports to the UK. It looks as though Japan will gain more than the UK, but time will tell.

This is necessary background to understanding the claim made by former minister Andrea Leadsom in the Daily Express article: “sunlit uplands are on the horizon thanks to Britain’s ability to secure its own agreements free from EU interference”. Insiders report that it has been far from easy to obtain the 62 agreements done so far, even though they give us only what had already been available to us had we stayed on in the EU. Each of our trading partners will see what price they can extract for conceding that to us. It is in the nature of trade negotiators not to agree something for nothing. On present evidence, it may require time and hard effort to clamber to those sunlit uplands.

As of now all we have succeeded in is recreating for ourselves the trade opportunities we were about to lose by leaving the EU. To claim these are new opportunities, as ministers have repeatedly done – what is that if not conscious and wilful deception of the uninformed public?

There certainly will be new deals that we should be able to do going beyond those areas and countries covered by past EU deals: with the US, Canada, Australia, India and China. (The limited EU-China deal just signed puts the EU a step ahead of us.) The Anglo-Saxons and Commonwealth countries may be quite keen. They will, as one, want better access to the UK market for their farm products. The EU was particularly resistant on that front and the UK will most likely make concessions in return for gains on services and manufactured goods. A cold wind for UK farmers in prospect there.

The UK will want to make gains on services wherever it can, but where the potential markets are largest, with the emerging economies like India and China, it will be tough going. They have a track record in negotiations with the EU of being very resistant to opening up their markets for professional services such as legal, financial and management consultancy. They want to protect and build up their own skilled professions, not have them snuffed out in their infancy by world-class Europeans. This will not change for us. It may get harder. As an EU member, the UK for years put strong pressure on our side to fight for advantages in the services sector, with quite limited success. Will we do better negotiating alone? We can only so many times sell concessions on food and agriculture.

Has UK trade been held back by EU rules and procedures? The evidence is not apparent. How is it that German, French, Dutch and Danish exporters have all managed to do more trade with India and China than have the UK? Over the next months and years we will begin to discover what it was that held us back, and what it means to be ‘free’ of the EU and its single market.

Richard Carden is a retired senior civil servant who has worked at top level in the Ministry of Agriculture and Fisheries, the Department of Trade and Industry and the European Commission. This article series is based on an original piece he wrote for the Federal Trust.