Former civil servant Richard Carden dives into just what sovereignty means, and what we may have to pay for it. "There will be some costs to our newfound sovereignty; economic costs already traced out here, and political costs in establishing impact on the international scene. " 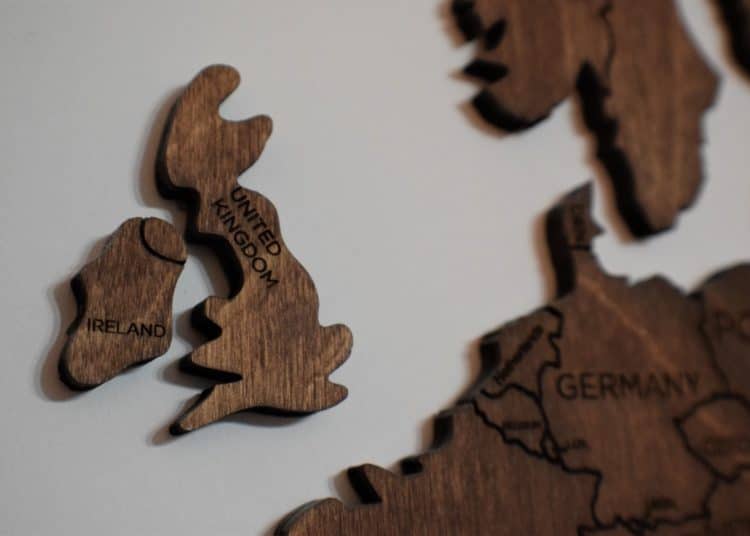 This is the second in a two-part series on the EU-UK Trade and Cooperation Agreement (Brexit deal) by Richard Carden. Richard is a retired senior civil servant who has worked at top level in the Ministry of Agriculture, Fisheries and Food, the Department of Trade and Industry and the European Commission. Part one, on the economics of Brexit, is available HERE.

We are out of the EU. We are at the start of a new chapter of British history, and have next to see what we can make of it. Seeing the reality of where we are, is made quite difficult by the stream of exaggerated claims made by Boris Johnson and some of his ministers and supporters. This article is an attempt to find the firm ground, looking at the sovereignty of Brexit.

The UK joined the EC in 1973 with economic motives. The clearest economic gains and uptick in the value of UK trade came with the creation of the single market, between 1986 and 1992. Driven by Thatcher at the political level and carried through by one of the UK’s Commissioners in the EU, Lord Cockfield, the creation of uniform EU standards replacing a variety of national standards, product by product, was an enormous simplification of manufacturing costs and paperwork for our exporters. They profited from it. In what seems like a severe loss of collective memory, these uniform EU standards have come to be seen as a constraint and an imposition, whereas to start with they were exactly the opposite.

EU single market legislation as an unwanted burden – EU freedom of movement as an unwanted source of immigration – decisions taken in Brussels by obscure processes and by ‘foreigners’ – all against the background of a basso continuo of talk of a federal EU superstate: these diverse strands of discontent fused latterly into a sense that our loss of sovereignty had gone too far. The call to recover our sovereignty and ‘take back control’ gathered strength.

We left the EU because of this political discontent, in the face of much economic analysis in favour of staying in. The strategy of exerting influence from inside the EU, which was the guiding political principle, and the operating instruction for officials over the 47 years of our membership, has been set aside.

During the Brexit talks, our negotiators made sovereignty their battle cry. This was played back to us by Commission President Ursula von der Leyen in her restrained and dignified press conference announcing the deal done on Christmas Eve. What sovereignty meant to her, she said, was freedom as an individual to move around, live and work anywhere within the EU, and countries working together for mutual advancement and support for those in difficulty. That contrasts sharply with the view of sovereignty held by the Brexiters (she meant it too) – and hints at some of what we are losing as individuals.

There will be some costs to our newfound sovereignty; economic costs already traced out here, and political costs in establishing impact on the international scene. Some other pluses and minuses we may find:

Control of our borders. Migration from within the EU is relatively easy to control. Pressure of migrants from outside the EU will be as before and, given the disturbed state of the world, the outlook is for massive and unremitting pressure on the EU and UK alike.

Our money. The UK will cease to pay annual contributions to the EU budget, though not all at once, because our divorce agreement commits us to paying diminishing amounts for many more years. What we contributed was always exaggerated by critics inside government (including Boris Johnson) and in the press (from his time as a journalist in Brussels, Johnson could reasonably claim founder’s rights to the furore). What we paid has been running at about the same level as Treasury transfers to Northern Ireland – a feature not unnoticed in Dublin, causing concern there not to have to take over life-support for the North.

Rigidity of EU regulation. One school of thought, of which Matt Ridley is a leading exponent, holds that EU regulation has hindered on innovation and progress in manufacturing. There is some truth in this. Single market legislation was painfully difficult to agree in the first place, and changing it is painfully slow. This legislation has grown and grown, and where it was – rightly – seen as creating new freedom to trade back in 1992, it can now have an inhibiting effect.

Time after time, UK governments have led campaigns for deregulation, both at home and at EU level. Every time the harvest has been thin, and reveals that the UK itself prompted quite a proportion of regulation, both of UK and EU origin. Concerns over food safety and animal health and welfare were significant drivers. Our new sovereignty may help here, but very quickly we will be reminded that our sovereign control over regulation of technical standards and human and environmental safety is very tightly limited, under the terms of the Trade and Cooperation Agreement. Deviate far from existing EU standards and the EU will be able to impose tariffs on our exports to them.

Levelling up. The government intends to narrow the gap between richer and poorer parts of the UK. Until now, the EU has made the most visible and significant steps in that direction, through its regional and structural funds. That stops. We certainly ought to be able to level up using our own initiative. Does the Treasury have the will or the money to match those past EU actions?

Farming and fisheries. Sovereignty frees us from the common agriculture policy and common fisheries policy, both targets for running criticism from the British and much of the criticism well founded. We really ought to be able to devise better, more cost-effective policies for farming and the countryside, and for fisheries. Disappointingly, the government has been slow to put much detail on its new farm policy (for England), and nothing has been said about how we will use our new freedom over decisions on conserving and managing our fish stocks. All the talk has been of catching more fish. We live in hope, for land and sea.

In Defra, the responsible government department (for England), ministers and officials at all levels will gain an enormous Brexit dividend in terms of time released from all those days spent sitting in the Council of Ministers and in committees, listening or half-listening to other people’s problems. We are entitled to expect great things from the vast amount more time Defra will have to devote to British interests.

Robert Tombs, Cambridge history professor and a unique authority on relationship between Britain and France, recently wrote two fascinating pieces on Brexit. One is by way of a hymn to sovereignty. He sees as a hollow mockery all the talk of the UK still having sovereignty as an EU member, parliament having decided in 1972 to ‘pool’ our sovereignty with our EC partners, and still being sovereign in participating in EU collective action. He dismisses notional gains from pooling sovereignty, arguing that sovereignty is only sovereignty when you actually exercise it by cutting free. He describes it as supremely significant that with Brexit the UK has finally proved itself sovereign again by taking this step.

His other piece analyses the high political objectives of the French and British states as expressed in their respective EU membership. British performance is diagnosed, unsurprisingly, as indecisive; too little, too late; joining but with limited economic objectives that never matched up to the objectives of our leading partners; until by a slow process of marginalisation we reached the point where the elastic snapped and we opted out. By contrast, the story on the French side is one of clear vision, consistency and determination to rebuild France’s international standing after the national disasters of WWII. France saw the European project as an opportunity to bind Germany close, and to profit from Germany’s even greater need to regain international respect.

French politicians and top civil servants, a seamless élite, held to that course through thick and thin. France had no difficulty in ruling the roost when the EC had but six members. UK accession was rightly seen as a threat to their grand design, but they swallowed hard and let us in. We made difficulties as expected and more, but French predominance was not seriously knocked until the 1990s when Sweden, Finland and Austria shifted the balance towards Anglo-Saxon attitudes. It was knocked further in 2004, when eight former communist countries and two former British territories (Malta and Cyprus) joined. The ex-communist countries, having shaken off one tyranny, were hyper-sensitive about submitting to another. The French language was knocked into fifth place. Now, with the UK opting to self-isolate, the French élite can breathe a sigh of relief. Once again, the balance at the top of the EU is between France and Germany. Consistency of purpose over 70 years rewarded. A triumph for French statecraft of historic proportions.

All member countries bring their distinctive interests and hopes to the EU. Among 28 exceptionalists, France and the UK came top of the league. The UK is now out of the game. Regardless of how the newly independent UK makes its way in the world, without us the EU will change from within. France will face tough competing interests, coming mainly from the east. It is of direct interest for us all to watch what happens to the EU as it finds its way forward without us.

Richard Carden is a retired senior civil servant who has worked at top level in the Ministry of Agriculture, Fisheries and Food, the Department of Trade and Industry and the European Commission. This article series is based on an original piece he wrote for the Federal Trust.