A perfect storm for predatory marriage

In May, I wrote an article for Yorkshire Bylines about how my mother, age 91, was found after her death to be married. 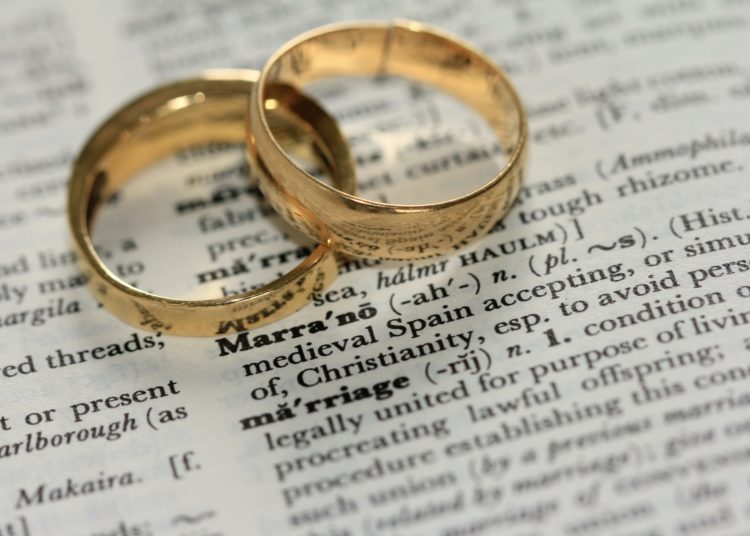 Photo by Sandy Millar on Unsplash

In May, I wrote an article for Yorkshire Bylines about how my mother, age 91, was found after her death to be married. A man 24 years younger had married her secretly, five months earlier. Although she lived next door to us, none of her family or friends knew of the marriage. Even my mother didn’t know – she had severe vascular dementia and could barely remember her own name.

I am frequently asked how this could possible have happened. It is because there is a perfect storm of legal issues and lack of safeguarding around marriage.

Firstly, there is a big incentive for predators – a marriage revokes a will. If you marry someone, and they don’t then make another will, you will automatically inherit the first £270,000 of their estate.

“You need to get that marriage annulled!”

Many people said this to me. Some in a kindly manner. Some – such as one senior doctor – with an undertone of “you stupid woman, why haven’t you thought of this ridiculously obvious solution?” Unfortunately, you can only annul a marriage after one party has died if it was bigamous, or incestuous. This was neither, so we could not have it annulled. It was, we believe, fraudulent, because my mother did not have mental capacity to marry. She would not have understood what was happening.

But you can’t prove fraud even if it would help with annulment. No evidence is kept at marriage – weddings are not audio or video recorded – so once the predator has that marriage certificate, it’s champagne all the way. Also – surprisingly – even if you could annul the marriage, the will would stay revoked.

Many people have said, “What a shame you didn’t have power of attorney!” They’re then very taken aback when I say that I did, and that it didn’t help. There is no requirement to check for it at marriage.

“But why didn’t the registrars notice her dementia?”

My mother had a five-year history of vascular dementia, all through her medical records. Doctors and solicitors are trained to assess mental capacity. Registrars are not, and for pay that can be as low as £8.50 an hour, I don’t think they should have to make that judgment.

The man who married my mother deflected the registrars by saying that she was old, and deaf, and was terminally ill, and had had a stroke. All true, but he never mentioned the dementia. Even so, Mum couldn’t remember her address or date of birth and one of the registrars did query at that point if she was fit to marry. But there were none of my mother’s family members present and the witnesses were the man’s son and a lady from the pub: more warning signs.  But the registrars, untrained in safeguarding, went ahead and completed the wedding.

We are campaigning for predatory marriage to become an offence in law. Fabian Hamilton, MP for Leeds North East, raised the issue in parliament in a private member’s bill in November 2018. It was passed unanimously for a second reading, but then ran out of parliamentary time last year. This bill needs to be brought back to parliament.

The most crucial change needed is for a marriage no longer to revoke a will and we want that issue back in parliament as soon as possible. We want separate interviews for the couple at the notification of marriage and at the wedding itself. These don’t always happen now, though they are supposed to. We want notification of marriage published on a national website, rather than just in the local register office, and we want a range of questions that registrars must ask, with consequences if they don’t. We want a check for power of attorney at marriage. We want marriages to be recorded: that would be a big deterrent to predators.

After my mother’s death, many thought hers was a strange one-off case. But now solicitors are writing about predatory marriage frequently. We have been campaigning for four years and now have a powerful little team of people – those working in law, universities and safeguarding – determined to get something done about this. We are putting together a document of changes needed to send to the Law Commission and others who have the power.

We couldn’t go to my mother’s funeral. We lost all our inheritance. She wanted to be cremated but is buried in an unmarked grave and we cannot even put up a headstone as the man owns the grave plot. It has devastated us both emotionally and financially. Predatory marriage must be stopped.

More information about the predatory marriage campaign is available here.