The racism experienced after the Euros football final has put Britain to shame: our nation can do better and shouldn't indulge its worst demons. 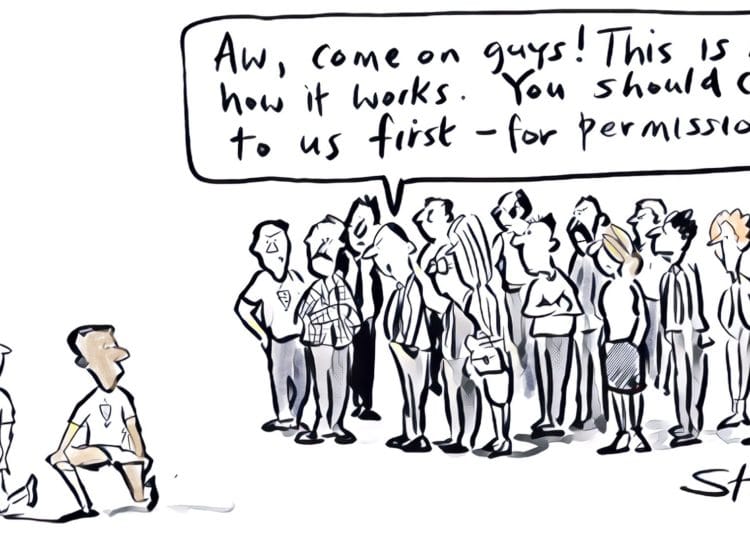 When you have spent a lifetime supporting Crewe Alexandra you get used to watching your team play well and lose. Winning is only possible because defeat is also an integral part of the game. The mark of any decent sports star or any genuine sports fan is not how they handle winning but how they handle defeat.

On that score too many people in England didn’t do us proud on Sunday night.

I have rarely been more impressed by the way that the England football team and its management conducted itself throughout the tournament both on and off the pitch. The team played brilliantly in the final and proved the equal for two hours of an exceptional Italian team. It came down to penalties and that has always been a question of who has the most luck and which team is placed under the most pressure.

Racism out in the open

Then came the aftermath.

We had already seen pictures of drunken crowds throwing beer bottles and trashing Leicester Square. There had already been scenes of a mob fighting its way into the stadium. After the final whistle frightening numbers of people who had been whipped up to expect victory proved completely incapable of handling the simple idea that someone has to lose a football match.

The torrent of intentional racist abuse that followed demonstrated the extent to which ugly emotions have been stirred up in our society. Rarely have I been less impressed by so many people who claim to be proud of their country.

We can be better than this

There is a tradition of tolerance in England that is admirable. We are at our best when we don’t take ourselves too seriously and can laugh at our own vanities. We may have a track record of conquest and empire, but we also have a track record of anti-slavery campaigners, suffragettes, gay rights champions, and of people welcoming refugees.

The last time fascists tried to establish a foothold in our society they were not just physically fought off by a crowd at Cable Street in the East End of London. Importantly they were frequently laughed off the streets by brave people who took the mickey out of their pompous attempts to strut around in brown shirts and whip up hatred of their local Jewish communities.

The Daily Mail may have famously published an article crying “Hurrah for the Black Shirts” but the British people’s proudest moment came when our ancestors spent five years fighting fascism and were utterly horrified by what they saw when they liberated camps like Bergen-Belsen.

A determination never to allow anything like that to ever get a foothold in our own society dominated the thinking of the generation of British people who built the NHS, constructed hundreds of thousands of council homes and established a network of enlightened learning establishments.

Britain has much to be proud of. So does England. There are shameful sides to our history but there are also plenty of positives. The majority of the country is welcoming, inclusive, and strongly determined to let all sections of society achieve their full potential and enjoy their lives without fear of discrimination.

Racism has gone from latent to blatant

Yet there are dark forces lurking under the surface of the healthiest of societies and when and horrible things happen when those forces start to be exploited for political advantage. The speed with which that can take a nation into some very dangerous places is frightening.

Yugoslavia prided itself on being a diverse and largely harmonious country. Then nationalist politicians started to work up feelings of resentment and encouraged hatred. It wasn’t long before previously decent and reasonable people who had once lived happily alongside each other were massacring their former neighbours.

The unpleasant reality is that a similar spirit of narrow-minded nationalism has been fostered by too many people in Britain in recent years at exactly the same time as it has been fiercely challenged by others. I have never forgotten the nasty out and out racism I encountered when street campaigning during the Brexit referendum.

I met people who genuinely believed that if they voted for Brexit then the blacks would be kicked out of the country. Some of them turned very ugly when they discovered that I didn’t agree.

The England football team has done us proud

In contrast there remains a strong element in our society who are proud to be represented on a football pitch by a human being as admirable as Marcus Rashford. England has good cause to be incredibly proud of the way a fantastic collection of our young people from a wide range of backgrounds have worked together in a common purpose.

The white players had no hesitation in joining with their friends in taking the knee at each game to assert that black lives matter. The captain of our football team wore an armband to show his support for LGBTQ+ rights. The manager spoke with great dignity, showed respect for opponents and gave the country a brilliant example of how to behave.

The dark side of our community has been strengthened in recent years by the constant suggestion that the country has been held back by foreigners. Much damage was done during the long campaigns to persuade us to turn our backs on the difficult but necessary job of working together with the rest of Europe in shared institutions.

Whatever we make of the alternative future that now faces us there is one thing that remains of paramount importance.

The side of our society that needs to be valued and enhanced is the one that makes us proud to be part of an open-minded tolerant country that values the richness of its mix of communities. The side we need to control and suppress is the overblown sense of national entitlement that leaves us shamed before the world when a significant of our population can’t even handle losing a simple football game.

I leave it to the readers own judgement to decide which approach our current government has been fostering most successfully.