Having campaigned to stop sending money to Brussels in the form of a membership fee for being in the single market, we are going to spend almost as much to stay out of it, quite apart from the inevitable loss of trade. 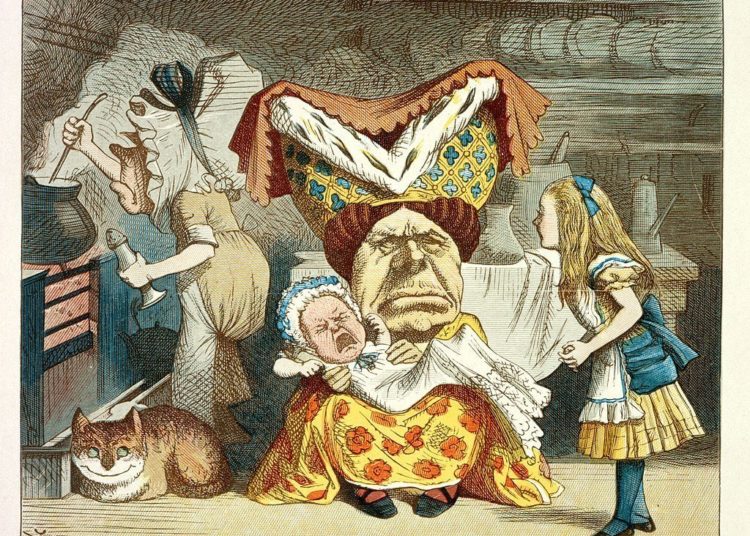 As part of the check, change, go campaign to alert citizens and businesses about the huge adjustments coming down the track in just four months’ time, the Cabinet Office proudly tweeted last week about being “committed to growing the customs sector” as part of the preparations.

We are committed to growing the customs sector for EU trade in 2021.

Find out more about how the government is preparing for our departure from the UK’s transition period ? https://t.co/SqnSzKKMzh #LetsGetGoing pic.twitter.com/PRUaeJsZZl

Growing the customs sector is a euphemism for the recruitment and training of 50,000 form-fillers needed to complete an extra 215 million customs declarations and an equal number of safety and security declarations.

This is where the Brexit rabbit hole takes you. It is the natural corollary of the contradictions inherent in the Brexit arguments.

The prime minister used to talk in disparaging tones about the nation being trussed in a “gigantic and ever-tightening cat’s cradle of red tape” by the EU, but now presides over a Cabinet Office committed to doing the same – but in spades – and proudly tweeting about it. Adding extra drag to Britain’s already poor productivity is somehow portrayed as a “boost”.

Having campaigned to stop sending money to Brussels in the form of a membership fee for being in the single market, we are going to spend almost as much to stay out of it, quite apart from the inevitable loss of trade.

But at the Mad Hatter’s tea party this has become the new normal.

It is well known that no sector of the British economy sees any benefits in Brexit and would prefer to remain aligned with EU rules. No matter. To set us off on our “new start”, British industry will have to raise its export performance by exploiting new, distant markets while adjusting to a set of British standards that render products stamped UKCA unsaleable in our nearest and largest market – and probably further afield too.

Conservative politicians who have spent their political lives railing against government intervention in the private sector, now cheer the idea of walking away from the EU trade talks over rules to prevent us offering state aid. In other words, to stop us doing what they used to argue we shouldn’t do anyway. The same politicians in any case have for years hidden behind EU state aid rules as an excuse for doing nothing to protect domestic industries, in the way other EU member states have always been able to do.

Next, officially burdening businesses with £7bn in unnecessary customs form filling and bureaucracy is apparently perfectly acceptable, in a way that increasing corporation tax isn’t. Raising taxes will, unlike the costly additional bureaucracy, threaten our economic recovery.

“You cannot tax your way to faster growth and more prosperity,” John Redwood said on Twitter. “We need policies to promote more jobs and activity to get the deficit down.”

But forcing companies to spend money on friction and inefficiency is just as bad as raising taxes – and doing both at the same time is tantamount to industrial vandalism.

Having campaigned successfully to leave one supranational body like the EU, the government and Tory MPs are finding themselves trying to keep another one, the United Kingdom, together. In Scotland, the SNP have already copied the Vote Leave playbook and will deploy all the same scaremongering charges when #indyref2 comes round, as it surely will. Leavers will face having their own arguments thrown back at them.

This tweet by Tom Tugendhat was greeted with incredulity.

Scottish independence would apparently destroy jobs and livelihoods and tear families apart, but Brexit will be sunny uplands all the way.

Immigration was Vote Leave’s crucial card and taking back control of our borders was a slogan that appealed to many, but as the new immigration bill reaches the committee stage in the House of Lords, figures show non-EU immigration, the sort we have always been able to control, has reached a record high.

None of this was unexpected of course. Much of what was promised in 2016 was illusory, but the government has made little effort to manage expectations and as the moment of truth arrives, we are left in a sort of Wonderland where words mean exactly what the government wants them to mean, while others argue against themselves or support policies they used to object to.

We are entering a post-reality era.