Will Barber Taylor sits down with Simon Biltcliffe, a candidate for Mayor of South Yorkshire, to discuss devolution, Brexit and economics 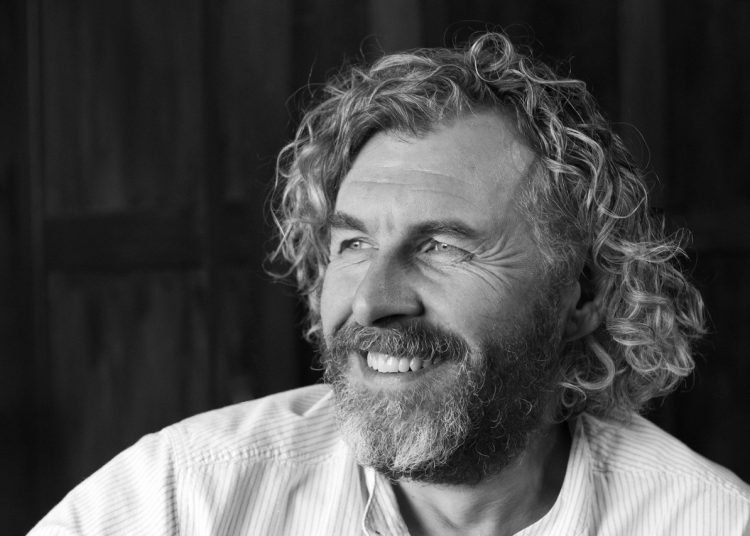 It’s that time of the year again. Elections are sweeping the country as we all prepare to go to the polls on 5 May. In some instances, we’ll be voting for local councillors to represent us on county, borough or metropolitan councils.

Dan Jarvis is stepping down

The people of South Yorkshire have not only the task of voting for their local councillors, but also for the person who will have a say in how the area is governed and be the public face of the region.

Until recently, that man was Dan Jarvis, who was first elected mayor back in 2018 when the role was known as Mayor of the Sheffield City Region. With Jarvis stepping down at this election, its time for the people to select their new representative.

One man who is putting himself forward is Simon Biltcliffe, founder of Webmart and the Yorkshire Party’s candidate for the forthcoming election. A self-styled ‘Marxist-capitalist’, Biltcliffe’s policy agenda focuses not just on business but also local improvements such as transportation links. I caught up with Biltcliffe not too long ago to discuss his campaign.

With a friendly demeanour, Biltcliffe began the conversation by explaining why he believed that greater devolution was needed for not just South Yorkshire but Yorkshire in general, arguing in line with Yorkshire Party policy, that the county should have its own devolved parliament with powers akin to those seen in Scotland and Wales.

“I’ve always had a great passion for Yorkshire. And obviously, it’s been a challenging time for everyone in the country, but in particular in Yorkshire and I think now is the time when we look at the post-covid era… There is a once in a generation opportunity for South Yorkshire and Yorkshire generally, to actually step forward for the next industrial revolution that’s coming around.”

“I think for me the devolution question is one that is needing to be asked and answered by having a devolved parliament in Yorkshire.”

Biltcliffe’s argument is that only by having greater devolved powers can Yorkshire’s potential be fully unleashed. He strongly believes that the South Yorkshire mayoralty should be viewed as an ambassadorial role, one which is designed to “bang the drum” for South Yorkshire and a platform to encourage investors both in the UK and further afield to bring their industries to the region.

Biltcliffe further argued that he was the right person to bring about this investment into the region because of his work with his company Webmart. Employing 34 people both in South Yorkshire and Oxfordshire, the company has a turnover of £20m.

The candidate also suggested that the company functioned as blueprint for his idea of ‘Marxist Capitalism’ – using redistribution through company profits and relying on individuals and their hard work rather than focussing solely on profit.

Indeed, while Biltcliffe is clearly enthusiastic about other areas of policy, such as rewilding in the local area and encouraging environmental variety, he seems to be especially concerned with the economic situation of the area.

His annoyance at the cancellation of the northern leg of HS2 was evident when we spoke, lambasting the failure to invest in infrastructure that wasn’t centralised arguing that:

“[It] has cost Yorkshire 30 billion pounds in GDP. Well, if you look at Yorkshire, the GDP of Yorkshire, is 163 billion. So that’s give or take 20 percent almost of our GDP that are taken off as a future economic wellbeing because the infrastructure isn’t there that we need”.

Biltcliffe’s argument is fairly clear and his main aim for the role if he were to be elected seems to be to generate greater economic stability and independence for South Yorkshire. The aim is one that most residents will agree with though of course some will question whether it would be achieved if Biltcliffe were to be elected mayor.

He seemed aware of the electoral climb that he faces if he is to win, given that the last election saw Labour heftily win the mayoralty.

Some might argue that Biltcliffe’s ardent desire for devolution stands in contrast to his feelings regarding Brexit. It is clear from speaking to him that while he describes himself as a naturally optimistic person, he also admits that the EU referendum has left a skills gap due to the lack of European workers who would otherwise have filled vacancies in areas such as hospitality.

He is ultimately pragmatic about the result of the referendum, suggesting:

“The skills gap that we’ve got, will have to be filled with people who don’t necessarily have the skills at the moment. They need to have the opportunity to upskill themselves. And by upskilling, you’re giving yourself a much better life chance”.

Whether or not any regional representative will be able to ensure the kind of upskilling programme Biltcliffe advocates is of course difficult to tell but as technology become more important to all our lives it becomes clearer and clear that more skills-based training is necessary both regionally and nationally.

Can Biltcliffe deliver on his promises?

Many of Biltcliffe’s arguments can be boiled down to people having better lives through greater economic freedom and it is an argument that many people will find appealing. Time of course will only tell whether it is an argument that is strong enough to sway people to vote for him. Whatever the result, Simon Biltcliffe is sure to be an interesting figure to watch in regional politics for a while to come.