Twitter wars; they’re everywhere. Even if you are not on Twitter, you’ve probably still seen a fair few. 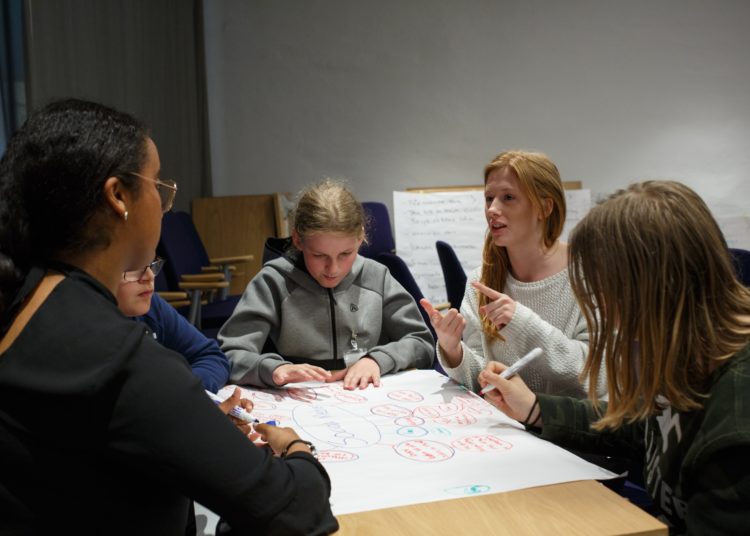 Photo by Edvin Johansson on Unsplash

Twitter wars; they’re everywhere. Even if you are not on Twitter, you’ve probably still seen a fair few. And even if you haven’t directly seen the venomous, back-and-forth, 280-character limited attacks, I’ll wager that you’ve read the news articles denouncing or encouraging them. It seems that the debate around whether or not these Twitter wars are justified is becoming just as heated as the very wars themselves. The irony of this is not completely lost on people.

Public scrutiny is tighter than it’s ever been and this isn’t necessarily a bad thing. Scrutiny is, after all, a pillar of democracy. As is accountability, which is exactly what some of those engaged in these fiery debates are trying to promote. Scrutiny and accountability; it certainly doesn’t sound too bad, so what’s going wrong?

Holding political views is certainly no wrongdoing either. Although I’ve often been told that it is unreasonable to allow political differences to affect who we spend our time with, I simply cannot agree. For however we cast our vote – right, left, centre, or cast away into the abyss of low turnout – has a far-reaching impact. The discussions and decisions that take place in our political institutions affect everything in our lives, from the value of the pound, to warfare, environmental protection and everything in between. An individual vote, even in our unfortunate ‘first past the post’ system, carries weight for others too. Whether we like it or not, modern society ties us all together. We are, without a choice, responsible for one another.

Despite the lack of a codified constitution defining what a British democracy should be, there is a consensus that scrutiny, accountability and political expression are three of the pillars of our representative democracy. A way must be found to balance and protect these three core values without lowering ourselves to the ever polarising, animalistic behaviour that’s exploded onto most social media platforms.

The solution, perhaps, lies in political education in schools. It has always astounded me that you can go through your entire 13 years of schooling in the UK without ever touching upon modern day politics. “Shouldn’t schools be the driver of political engagement, nourishing an interest from a young age?”, asked Sophie Grubb in an article for the Guardian. In another article, Millie Morris confesses that “Growing up, ‘politics’ signified posh men in suits using convoluted language not meant for the likes of me”, and that she herself felt like “an ignorant fish swimming in a sea of Murdoch-controlled media, polarised arguments and titbits from friends.” With state schools not providing a path to politics, it hardly comes as a surprise that 15 of the 22 current cabinet ministers were privately educated.

Compulsory political education, I believe, would equip new generations with the skills needed to engage in meaningful political discourse whilst providing room for others’ opinions, thus protecting freedom of speech. In my case, it wasn’t until I took up politics as an A-Level that I learnt how to debate and express my views in a way that was constructive, informative and open-minded. It goes without saying that this by no means equates to my acceptance of all opinions, but it certainly helped me interact with opposing views in an effective way.

Schools could provide a safe learning space for political expression and education – far safer than the polarising, ostracising Twitter, Reddit or Facebook, where many are now receiving their so-called education. It is all too easy to find yourself in an echo chamber of your own beliefs on social media, and fall prey to propaganda from the extremes of political ideology.

With a mere 47 percent youth turnout in the 2019 general election, it is starting to feel as if more young people are engaged in politics through non-conventional means, such as on social media, than through elections. Young people are engaging in politics – you only have to look as far as the Black Lives Matter and climate strike movements to see this – yet they are continuing to boycott traditional politics of party membership and voting.

Given the “wasted votes” created by our electoral system, the continuing lack of representation in parliament, and the ineffectiveness of e-petitions on government policy, it’s hardly surprising that young people are changing the shape of democracy. “Speech is only free when everyone has a voice”, says Billy Bragg, “that’s why young people are angry.”

If, perhaps, young people could be shown the value and importance of changing the course of politics themselves through conventional means, whilst simultaneously engaging with online material in a safe and informed manner, then the UK might have a far greater politically charged generation on its hands. This generation would be both educated and adept through schooling, and inspired and informed by their social media feeds.

As it stands, when students leave school – most likely already engaged with social media and having now reached the age to vote – they are left with only the knowledge they have taken upon themselves to learn. Is it any wonder then that many of their first political interactions take place on the social media platforms where they’ve had to learn about current affairs, that news without evidence or a known source is so readily believed, or that malleable minds are so easily shaped by paid outside influences? If teaching is not provided on how to respond to differing opinions and on how to form your own whilst still listening to others, then really what can we expect?

Social media has provided an invaluable platform for an increasing level of youth political engagement that hasn’t been seen in decades and has been a vital instrument in the promotion of recent rights movements. But without prior education – on how to debate without ostracising others, on how media can be used to advance certain agendas, and on how we can use it safely to stay informed – it can at times become a dangerous tool in the hands of those who know too little, or in Facebook’s case, too much. After all, the media can absolutely steer public opinion; take, for example, the influence of Nigel Farage’s Twitter feed and its one-sided look at immigration.

Given time, a well-constructed, school-led, compulsory political education could have the force behind it to increase an informed youth turnout, defend freedom of speech whilst maintaining accountability, diversify our MPs and help ease the increasingly aggressive polarisation of politics. If schools will teach us how to find the area of a triangle, or why Christians celebrate Easter, then surely they can teach us about the fundamental ideas and institutions that continue to shape almost every part of our lives.

Covid-19 has not laid Britain low, it has merely revealed what has long been forsaken