I look forward, with interest, to see what japes you might come up with next. Having a jester for a prime minister doesn’t always look wise, but it sure can be a lot of fun in these depressing times, so keep up the good work! 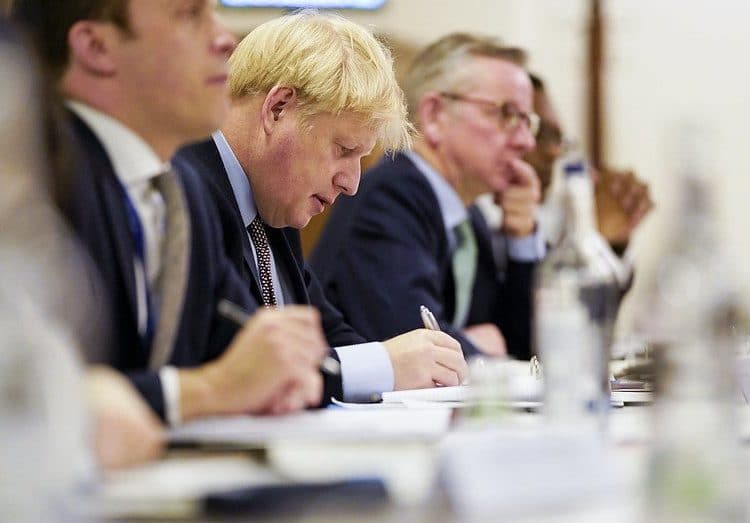 Sue Wilson follows up on her first two open letter to the prime minister – you can read these here.

It’s been two whole months since my last letter, and still no response from you. I’m feeling a little unloved by your lack of attention, but considering what you’ve had to deal with recently, I’m prepared to make allowances.

Dealing with the pandemic has proved a heavy burden to many world leaders. On top of the weighty toll of covid, you’ve had a Brexit deal to secure and implement. It would be rather churlish of me, under the circumstances, to give you a hard time about your failure to acknowledge little old me. After all, it’s not like I’m a Conservative supporter, and most definitely not a party donor!

I must congratulate you on your handling of both crises. First, covid. It never ceases to amaze me as to your flexibility on the subject. What other leader has changed their mind so often regarding what strategy to pursue or what measures to enforce? Those that suggest you are unable to make a decision, that you ignore scientific advice, or accuse you of being reactive just don’t know what they are talking about! “He’s doing his best”, I tell them, and I truly believe that – you are using all the skills you possess.

The heavy toll of all those deaths must, I’m sure, keep you awake at night. Thank goodness the vaccination programme is rolling out at a world-beating pace. I promise to give you a big “woo-hoo!” when the roll-out of the second doses match up with the speed of the first.

My mum wanted me to tell you that she is most grateful that, at the age of 90, she has received her first jab. At the age of 67, I will have to wait a while longer, but it’s a great relief to know that one’s parent is on the road to safety. Likewise, you must be greatly relieved that your 80-year-old dad has had not one, but both vaccinations. Mum did ask if you could explain why her second appointment was cancelled, and your dad’s was not, but I assured her there would have been a very good reason and it was nothing to do with money or connections.

Of course, I cannot write without a mention of Brexit. I knew I was right when I said you’d get a deal, so congratulations. You pulled a rabbit out of the hat at the eleventh hour and proved all those doubters wrong. Not only that, but you managed to get parliament, including the troublesome ERG, to ratify the deal! That’s something not even the EU’s managed to do as yet.

It is perfectly understandable that the new arrangement is causing some concern over a few “teething problems”, but not to worry. I appreciate you are being inundated with complaints from various industries, but sod ‘em, I say! If the bankers, fishermen, musicians, farmers, cheese exporters et al were so concerned, they should have spoken up before Brexit was “done”. Bit late to cry about it now!

Considering my earlier letters – assuming you read them – you may have noticed a change in my attitude towards Brexit. I guess I have finally accepted that Brexit is “done” and that it’s time to move on. I’m not saying that will always be easy, but I know that I can rely on you to cheer up both me and the nation when we falter.

I very much look forward to seeing you out and about around the country, and I can’t wait to see what you will be doing, or wearing, next. I sincerely hope to see some more tractors, bulldozers, perhaps even a fishing boat or two. I especially look forward to seeing you dip into the dressing-up box again and donning the next uniform. I don’t believe we’ve yet seen you dressed as a sailor – perhaps that’s one to consider. Failing that, why not have a word with the Village People – I’m sure they could come up with a few ideas. Maybe they could even supply a theme song to go with it, like they unwittingly did for your old, disgraced American pal. In any case, with or without the outfits, I can’t wait to see how you are going to get yourself out of your next scrape.

Threatening the EU with some article or other, and persuading the media that the EU are still the bad guys, is no mean feat. I look forward, with interest, to see what japes you might come up with next. Having a jester for a prime minister doesn’t always look wise, but it sure can be a lot of fun in these depressing times, so keep up the good work!

Chair of Bremain in Spain