The year is beginning as did the last one. A treaty signed and more EU negotiations ahead. 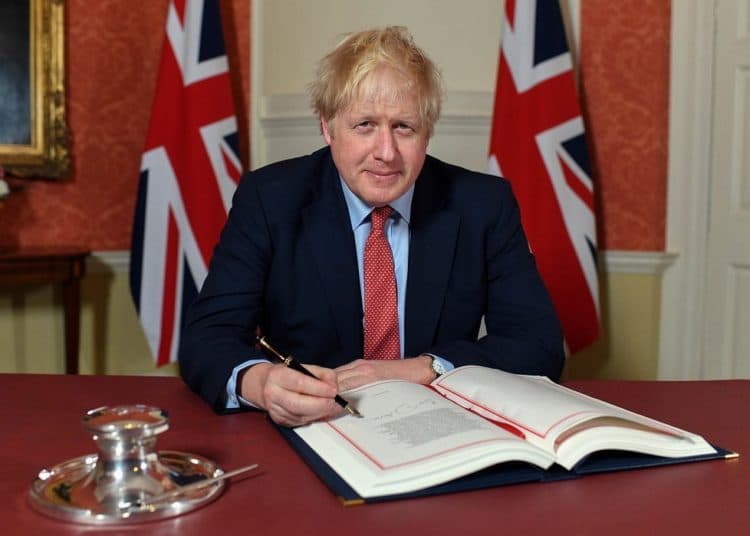 The new year is beginning in much the same way as old one. Johnson having signed another treaty with the EU and the festive winter air thick with self-congratulatory cries from jubilant Brexiters of having ‘got Brexit done’ – again. It wasn’t true last year and it isn’t true now, and it won’t be true next year or the year after, regardless of how it’s being presented by the spin masters in No 10.

We are entering into a perpetual negotiation with Brussels and 2021 will be another groundhog year, with more political chest-beating followed by claims of victory to mask the inevitable capitulation.

Anand Menon, professor of European politics and foreign affairs at King’s College London, says Brexit is far from over, a theme echoed by many commentators, including Anna Isaac at Politico who points, inter alia, to the latest political declaration that accompanies the 1,246 page Trade and Cooperation Agreement (TCA) and sets out plenty of future areas of cooperation which still need to be thrashed out.

Isaac quotes an unnamed trade expert describing these political declarations, as “an overflow graveyard of ambition”, from which I assume many essential British aims will need to be disinterred and revived in future.

The huge UK financial sector for instance, has lost its passporting rights for EU trade and is still waiting for the EU to grant equivalence. This has been delayed pending the British government providing details on its future plans for financial regulation. Market access granted will depend on how much we diverge.

Another example is the six-month transition period to enable the EU Commission to make a determination on the adequacy of the UK’s data protection laws. Unless this is granted, cross-border data flows and trade will be much more difficult, convoluted and costly.

These are unilateral EU decisions of crucial importance to this country, over which we have no influence whatsoever. So much for taking back control.

And it is hard to see how Britain’s negotiating position next year will be stronger. It’s true that either side can withdraw from the TCA with 12 months’ notice, something the ERG approve of, but in practice this would be a nuclear option.

Jonathan Powell, Tony Blair’s Downing Street chief of staff, has a nice article in Politico, with five reasons why the UK got the trade deal all wrong, one of which is that we never seemed to have a plan and we were “constantly reacting to EU positions”, even agreeing to negotiate from an EU text rather than a UK one. Unsurprisingly, he says the EU ended up getting what it wanted.

This is also the conclusion of Damian Chalmers, professor of international law at the University of Singapore, specialising in the Association of South East Asian Nations (ASEAN) trade agreement. He says in the TCA, the EU achieved its objective of preventing the UK gaining an advantage while ensuring that the terms of competition favoured EU business over British business – “in spades”.

After today, Britain will find itself in a new and very different world.

“For it is a world in which the UK’s sovereignty will be policed on its own territory by a foreign administration in the form of the Commission with wide-ranging powers and few legal constraints and where its industry will have to accept the rules of the game set by Europe”, says Chalmers.

Damian Chalmers, professor of International Law at the University of Singapore 29 December 2020

And yet it was a fisherman who inadvertently put his finger on the problem and indeed on the whole issue of Brexit. In a Guardian article a few days ago, the settlement on fish was said to have been greeted by the British fishing industry with “fury and frustration”, many believing it sells them short in a repeat of 1972.

“The Europeans always get what they want. It’s a simple as that”, said Brixham Trawler skipper Anton Bailey.

The reason Europeans always “get what they want”, is because they lever the power of the bloc. Does anybody think Denmark or Spain acting alone would have secured the same deal on fish? Of course not, but by remaining united they were able to outgun as well as outsmart British negotiators in the trade talks, as they will again and again in the future.

The hard currency of real and raw market-driven power is what Britain has exchanged for the junk bonds of ‘sovereignty’.

In a further sign of problems to come, the fishing deal expires on 30 June 2026. By an odd coincidence, this is also the date the UK’s access to the EU’s power grid is up for review and becomes subject to annual negotiation, as does our fishing deal. Britain is a net importer of electricity, about 8 percent of our needs (around 25 Terawatt/hrs in 2019) coming from the EU – a figure which is on a rising trend.

One does not need to be a Cummings-style super forecaster to anticipate what will happen then. This is the euphemistically named ‘incentive’ that Ursula von der Leyen spoke of to encourage the UK to keep the same quotas when the review takes place in 2026. If the UK takes back more fish, prepare for some blackouts.

Britain is freed of its obligations under EU law now the transition period is over, yet we still have no idea where, when, how, or to what extent, the government will use its new found freedom to diverge from EU rules. Or what sanctions may then be applied by the EU under the new treaty.

John Redwood (who actually abstained on the vote this week) published a list of his ideas on Boxing Day, which revolve around helping fishing communities,  the ones who are already furious with the ‘help’ that Johnson has landed them with in the TCA. Ironically, I think we could have done some, if not most of them as an EU member.

From today, British industry will be crippled by a veritable tsunami of paperwork in customs and border formalities which, amazingly, Cabinet Office minister Michael Gove claims will make help to make them ‘match-fit’ for global trade. The prime minister also thinks adding massive bureaucracy to half our overseas trade is somehow an advantage:

And although hailed as a tariff and quota-free deal, this only applies to goods with a minimum UK content, governed by so-called Rules of Origin. Thirty-seven pages of guidance on these arcane rules was issued on 29 December, two days before they begin to apply.

To describe these as tedious and complicated is an understatement. A tweet from the BBC’s Faisal Islam explains:

NEW: Extraordinary examples just published by Govt re what will NOT qualify for tariff free trade under UK-EU FTA from Friday as result of “rules of origin”… specialist considerations as to the
1. Grating of cheese
2. Shelling of nuts
3. Assembly of a table
4. Eyes of a doll pic.twitter.com/zOi8COttDJ

Many exporters may feel the tariffs are a small price to pay to avoid having to wade through the bureaucratic treacle. If you think that seems bad, the motor industry looks even worse, as explained by Alessandro Marongiu, trade policy adviser for UK Automotive:

Neither is the food and drink sector happy. Just eight out of 27 priority areas for the Food and Drink Federation are delivered by the TCA and another six only partially delivered:

On Wednesday, The Times reported that businesses and hauliers are “unprepared for a ‘game-changing’ reset in the UK’s trading relationship with the European Union on Friday, with industry leaders warning that the majority are not ready to negotiate a ‘mountain’ of red tape that awaits.”

All of that started yesterday. You’re a fool if you think its over, Brexit is just beginning.

Reasons to be cheerful in 2021