ADVERTISEMENTLegend has it that Roosevelt’s radio address on 24 July 1933 gave us the phrase “first 100 days” although some maintain the concept has its roots in Bonaparte’s France. Whatever its origins, there is a wide-held belief that there’s a magic honeymoon period for a new president, prime minister, or administration, that allows them significant […] 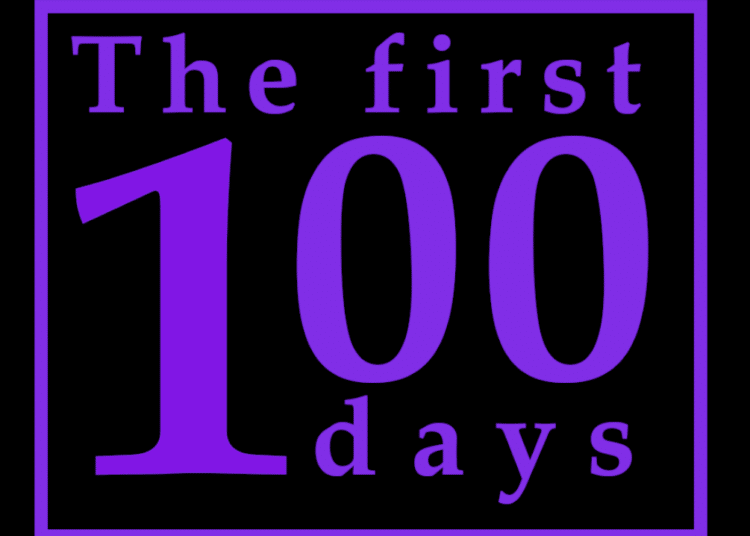 Legend has it that Roosevelt’s radio address on 24 July 1933 gave us the phrase “first 100 days” although some maintain the concept has its roots in Bonaparte’s France. Whatever its origins, there is a wide-held belief that there’s a magic honeymoon period for a new president, prime minister, or administration, that allows them significant leeway before the novelty wears off.

The Economist says that, “the best time to enact ambitious change is at the start of a term”. It stamps authority and it’s undeniably when the media is at its kindest and most interested.

The ‘first 100 days’ concept has taken on its own status here in the UK.

James Purnell, former secretary of state for work and pensions and for culture, media and sport, wrote a pamphlet on the importance of those first 100 days. Think tank Policy Exchange wrote a lengthy tome just after Boris Johnson won the general election in 2019, explaining “you never have more political capital than directly following an election victory.”

The first 100 days of Brexit

So given all the Brexit brouhaha from all sides, it seems only right and proper that we look back on Brexit’s own first 100 days and reflect on just how much it has lived up to all that was promised.

To be fair, we technically left the EU on 31 January 2020, but nothing significant changed until 1 January 2021. So we’re marking 10 April as the 100th day. That’s 100 days after the transition period ended – a period that cushioned much of the Brexit impacts – and the new relationship between the EU and the UK began.

It’s not exactly been plain sailing so far, but even now the full force of some Brexit effects have yet to be realised, with the prospect of further last-minute postponements of certain border checks, to reduce the risk of disruption this summer.

In addition, as EuroNews points out, the effects of Brexit have “sometimes been hard to distinguish from the overwhelming impact of the pandemic”. But the same report also notes the disruption across a number of sectors over the last three months, with goods exports plunging by 41 percent and imports by 29 percent.

It’s clear therefore that the true impact of Brexit may not be felt until the pandemic eases and life gets back to normal, or a new normal. In the meantime, we’ve used this as an opportunity to take a snapshot of where we are now.

Assessing what we know of Brexit so far

Starting from tomorrow, coincidentally April Fools’ Day, we’ll be publishing articles that review these first 100 days. We have writers from a variety of disciplines – campaigners and activists, those working in national NGOs, academics, politicians, and Bylines writers. They’ll be assessing a range of topics, looking at what we have learned from Brexit so far.

It will be an opportunity for you to make your own assessment too – is it sunlit uplands that Brexit is bringing us, or a catastrophic act of self-harm? And where is this likely to take us in the future? A help or a hindrance as we come out of the pandemic? An opportunity to build back better, or a drag on our economy and on our opportunities?

In his radio address, Roosevelt said, “We all wanted the opportunity of a little quiet thought to examine and assimilate in a mental picture the crowding events of the hundred days”. As we approach the first 100 days of Brexit here in the UK – with our own crowding events – it’s a fair benchmark to measure the early success, or otherwise of the UK having left the EU.