Commentators around the world boldly remark on what they see as something rotten at the heart of British government. 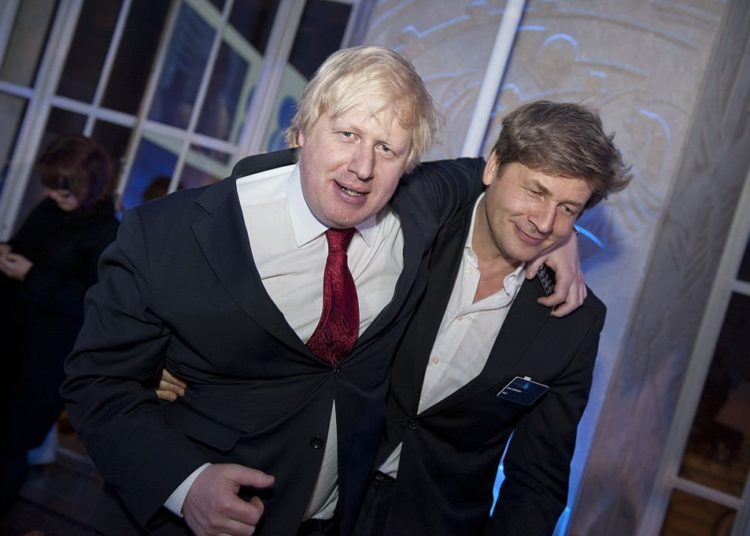 It’s not just that something stinks. It’s that consensus is growing that, as @DerekJames150 puts it, “Corruption in the UK is alive and well and living at 10 Downing Street!”

﻿Commentators around the world boldly remark on what they see as something rotten at the heart of British government. Twitter juxtaposed Trump, Putin, Johnson and Bolsonaro on the day that the World Health Organisation urged governments to prepare for, and try to contain, an inevitable second wave of Covid-19. That was the touch paper for an increasingly incredulous and angry Twitterati – hearing about impending austerity, tax rises, low pay for frontline workers, mean measures depriving migrants of death-in-service benefits – to tear into the latest elongated parliamentary recess.

Ridicule and contempt dismantled each pronouncement. The ramping up to 200,000 tests was derided in the face of France’s 700,000 and Germany’s 1 million from the outset, modestly mentioned by Health Minister Jens Spahn on Newsnight. Piers Morgan was not alone in dismissing Work and Pensions Secretary Thérèse Coffey’s claim, fed in by phone from BBC Breakfast, that the 100,000 tests per day promise had actually been met.

That was nothing compared with the number of authoritative exposures of ludicrous government ‘mis-speaks’ as lies by scientists, commentators and social care managers; the hypocrisy of the prime minister and Priti Patel laid bare. The U-turn on the migrant NHS surcharge was applauded, but journalists could smell blood. They couldn’t disguise their delight at the prospect of Jennifer Arcuri’s book and the resumption of investigations by the Greater London Authority into the PM’s doings as mayor of London (trib.al/zKpo69g).

@PrivateEyeNews gleefully tweeted: “As we get ready to clap tonight, the Low Pay Commission has reported that 420,000 workers were illegally paid below minimum wage last year – including in ‘sectors where the government is the primary source of funding’”. They added: “Richard Branson hoping to send a rocket into space this weekend, coming as a bit of a surprise to the 3,000 staff he said he couldn’t afford to pay two weeks ago.”

With the economy crashing, sterling plummeting, and ministers banned from appearing on Good Morning Britain for fear of being poked by the devil, nothing the government could say or do could salvage a shambolic week. By Wednesday, even the ‘Where’s Boris’ app was favourably compared with the double-speak around a now-you-see-it-now-you-don’t tracing app.

Speculation that the PM was a disappearing act grew, with the parody account @BorisJohnson_MP helpfully reminding him that, “A forged letter from your mum saying you can’t go because you have a hurty knee isn’t a valid excuse”. The Liverpool Echo, among others, raised doubts that the PM would attend Prime Minister’s Questions before the recess, when up popped the Leader of the House.

When Mr Rees-Mogg superciliously dissed MPs opposing a return to Westminster, Twitter scornfully called for a nationwide boycott of returning to school before Nicola Sturgeon thought it safe to do so. Creative juices flowed at the suggestion of a protective ring of Perspex screens: with lids for the Tory Cabinet was one suggestion.

@VimFuego asked, “Can’t it have a padlock and be filled with water and have some sharks, jellyfish, piranhas, swordfish and electric eels in it?”

“Or wouldn’t it be easier to have the PM prepare for PMQs?” inquired @NiallcNPC31.

@JohnWest_JAWS settled it: “As he seems to be lying on the benches (in both senses) it could even be installed horizontally. I commend this to the house.”

This was not a week to try to hide bad news. The border in the Irish Sea, insidious, disingenuous posturing over negotiations with the EU, and the frightening calamity of no deal compounded the spectacle of a distrusted, chaotic government running for cover. The government may well have not wanted to be compared with others around the world in managing the covid crisis. However, the public saw it as proper and vital to do so.

Our invitation to Jacinda Ardern to take over the running of the UK still stands.