Dr Pam Jarvis looks at how Jodie Whittaker's Thirteenth Doctor has been treated differently to her male on-screen predecessors. 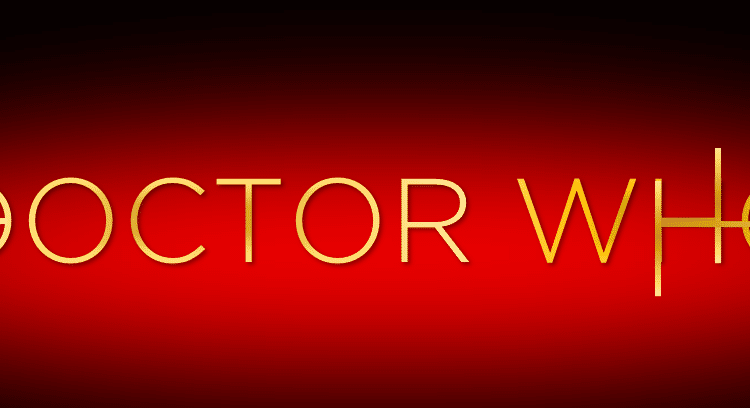 As the first female Dr Who, Jodie Whittaker, states her intention to leave the franchise at the end of 2021, it seems a good time to review female roles in science fiction television, and consider how much further we have to go on this.

I have written my own science fiction novel with a +60 female protagonist (though it’s yet to be published!). I’ve been a science fiction fan since the age of eight, when I started watching the first syndicated Star Trek series, and borrowing Robert Heinlein books from my school library. “Not many girls borrow these”, mused the librarian as she date stamped them.

I soon found out why. There were few roles for women in them, other than as the hero’s mother, sister or love interest. Nevertheless, I aspired for women to play a greater part in the exciting race into space that was always on the TV in the late 1960s.

And although early Star Trek was best known for the female cast’s micro-mini skirts, it did break some ground in the battle for equality. Despite being allocated the role of Captain Kirk’s ‘receptionist’, Lt Uhura was given some chances to engage as a strong female character. And although I didn’t realise it at the time, by acting as a role model for me and for many other girls from many different ethnic groups, she was breaking some important civil rights barriers.

For example, an 11-year-old in a New York housing project ran excitedly to her mother shouting “there’s a beautiful black lady on the TV, and she ain’t no maid!” Two decades later, as Whoopi Goldberg, she defined her own role for the follow on series Star Trek: The Next Generation.

However, many years later, as an adult, I found out that in the original Star Trek pilot, the second in command had been a brilliant, emotionless woman known only as ‘Number One’. In this, the male and female cast had worn exactly the same uniforms. However the producer was told by the television network to pitch a new pilot episode without her, because such a character would not be acceptable to audiences; and to make the female uniforms more glamourous.

The actress who played ‘Number One’ was given platinum blonde hair and recast as sick bay’s Nurse Chapel, who had a crush on her replacement as second in command, the emotionless male alien, Mr Spock.

The first female Starship captain appeared briefly and in cameo (with the actor uncredited) in Star Trek IV ‘The Voyage Home’ in 1986. But fans had to wait another nine years for a TV series starring a female captain; eagerly anticipated by many fans. The reality of Voyager was unimpressive. This was not the fault of the actor in the role, but with the character she had been given to play. We first meet Captain Janeway when, partly due to her own actions, she becomes stranded many light years away from home.

Where previous starships featured in the series had been the imagined future equivalent of a major naval vessel, Janeway’s ship was much smaller, a science vessel with a much smaller crew. In essence, she was given a ‘lady’s car’. And although many of the episodes were entertaining, the narrative was irritating. Whilst previous male captains had typically been depicted as conclusively able to deal with the challenges they faced during a single episode, the first female captain to star in her own show was forced to inhabit a narrative in which she had become lost and had to make her way home as best she could until the men from Star Fleet came to save her. Which predictably, they did – six years later.

So, was the first female Doctor Who going to fare better? As 16 years had passed since Janeway’s rescue by the time the first female Who appeared onscreen, I very much hoped so. But again, I was disappointed. Again, an accomplished female actor was chosen for the role; again the part she was given had been so clearly rewritten specifically for a female in the role, she was not allowed to shine and to lead in the same way that male actors in the role had been allowed to do.

The Thirteenth Doctor (unlucky for some?) is depicted as a much less confident character than previous Whos and her mode of operation is heavily maternal; her fandom page describes her as ‘endlessly caring’.

Most crushing of all, she is the first Dr to be placed in a group of assistants who interact very much as a family; a father/grandfather figure plus two younger people, in which Who serves as the mother figure. She even refers to them as ‘fam’. And while two of the ‘fam’ left the series in the last broadcast, it seems the father/grandfather figure has been replaced with another similar character in the new series, which will air later this year.

Thankfully, the script writers of the new Star Trek series, Discovery, have clearly learned the lessons of the past. In Michael Burnham they have created a strong female protagonist, who is surrounded by other feisty women in her adventures; tough, confident and able to stand alone, as I hope I’ve done in my own fledgling story.

We have come a long way since TV executives forced the strong, independent ‘Number One’ to become the simpering Nurse Chapel before they would allow Star Trek to appear on our screens. But unfortunately, American science fiction currently seems to have learned the equality lessons of the past far more effectively than the British flagship programme in this genre.

I don’t think it is a problem if the next Dr Who actor is a man; variety has always been a positive feature of the franchise. And Jodie Whittaker is an accomplished actor who has clearly done her very best with the material that she was given. But I would like to request that female Whos of the future are created and scripted to reflect the narrative of the role itself, rather than a distinctly female version of it. To boldly go into the universe with complete equality.