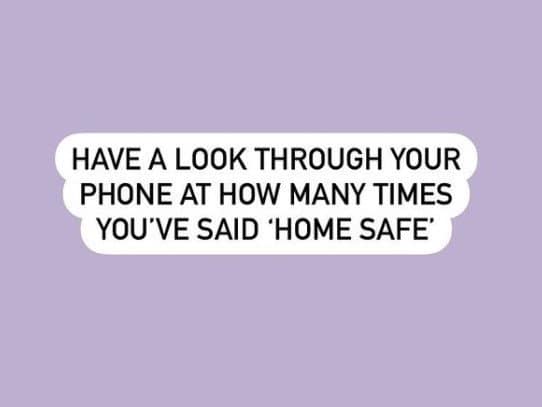 Editor’s note: this article has been updated following CPS advice on the requirement not to publish material which could jeopardise a fair trial in the Sarah Everard case.

A staggering 97 percent of women between aged 18 to 35 have been subjected to sexual harassment, according to a YouGov survey. Some 85,000 women are raped in England and Wales every year. And one in three women are violently assaulted. Less than a week since International Women’s Day, and already everyone’s learning about how much change needs to be done in order for women to feel safe in our society.

Last Wednesday, Sarah Everard was walking home from a friend’s house when she disappeared. A police officer – a man who was supposed to help and protect her – has now been arrested and charged with her murder.

In the wake of this incident, women have been coming forward on social media. They’re speaking up, and refusing to be silenced, about the sort of behaviour that women experience daily; everywhere.

Frustration has hit a boiling point. Sarah applied all the ‘safety rules’ that women are told to do.

But it was not enough.

Perhaps this is because the so-called rules focus solely on the behaviour of women, and on reducing the risk of becoming a victim. But it’s the behaviour of men, in this context, that’s the problem.

Don’t go out alone at night

The monsters that live in the dark will attack you if you do! Setting aside the fact that stranger attacks are rare, and day-to-day harassment often happens in broad daylight, this rule basically puts women under a curfew.

What would happen if we curfewed men instead? Would men accept this loss of freedom?

Women download tracking apps, so that someone can know where we are at all time. Walking alone in the dark, we call a friend, so that if we’re taken, at least that friend will know we’re gone and we’ll have a better chance of survival. And we carry rape alarms and panic buttons, so that people will hopefully come to our aid.

But we know that if attacked, we should scream “fire”, not “rape”, because that’s less likely to be ignored.

Carry your keys as a weapon

Woman know to carry their keys so that one sticks up between their fingers. This way, they can use the key as a weapon – making a punch much more effective – but if stopped by the police, we’re simply carrying their car keys. Actually using them in this way is a whole other thing, as it takes a lot to be aggressive.

Plan the route ahead

Women are told to cross the road if we see someone following us, or to avoid a confrontation. We know to walk calmly, but then run when we’ve turned the corner. And we plan our routes home so that the area is well lit and public, with many security cameras around.

We avoid public transport because of what can happen. I’ve been pulled over by drunken men on a train, and I’ve been catcalled. Most women have. I know how scary it can be to travel alone.

The rules say women should wear flat shoes to run in. And women should change their appearance to prevent men losing control around them. As if assault didn’t happen during the Victorian times, when women would be completely covered up.

My sixth form dress code said it was inappropriate to have shoulders uncovered in a work environment. I’ll never forget the shame and embarrassment I felt when my teacher told me to go home, as my skirt and tights were inappropriate and a distraction to my male peers. Or the time a teacher told me and my friend we were dressed like “slags” and asked what university would want us dressed like that.

The humiliation I felt at 16, at being sexualised by my teachers. The message that what I wore was more important than my opinion, or that the priority was not to distract the boys from their education.

Rather than rejecting a guy, we tell them we have a boyfriend instead (they’ll respect a man more than you, apparently). And if you do just say “no”, the compliments and lovely comments soon change into how ugly you are, how no one will want you. As @notyourpxrn says, “No does not mean convince me”.

But harassment is not a compliment

Catcalling is not a compliment to women; it’s intended to frighten and intimidate women. It’s a way for men to sexualise us, and to have dominate power over us.

It is not flirting to be touched in a club by a stranger.

Can men take ownership of this problem?

How can we educate boys in the same way as we educate girls? What rules could men learn about adapting their behaviour instead? I know it’s not all men. Every female knows it’s not all men. But it’s enough men to keep us afraid. And right now, there are things men could be doing and saying instead of #Notallmen.

@Fgrlsclub states that it “is dismissive of the lived experiences of women and girls, if you don’t recognise yourself in the behaviour described by women and their experience of violence, sexual assault, every day sexism (and more) then you shouldn’t feel attacked or on edge when talking about said experiences”.

@Sharethenote has shared comments from women on what men can do to help – tiny behaviour changes that will make all the difference. Like not staring from cars; not touching women as you walk past; not getting defensive if a woman says you’ve made her feel uncomfortable; calling your mates out on inappropriate behaviour; not finding misogyny funny.

@f45_brixton wrote that “seeing posts and listening to experiences of our female member has been a eye opener for many of us”, and has given seven piece of advice to men:

As @fgrlsclub said ‘Speak up in public, hold your friends accountable. Believe women.’

Nothing will change if we don’t talk about it. By this social media storm of sharing and talking about the issues at hand, we may finally take steps to curing this problem. So, go online follow these accounts and share them with friends. By spreading awareness, you are part of the solution. 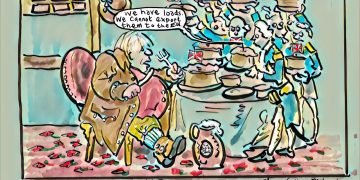 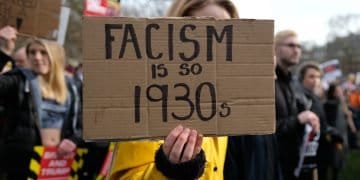 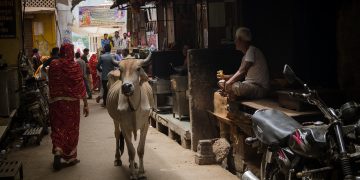 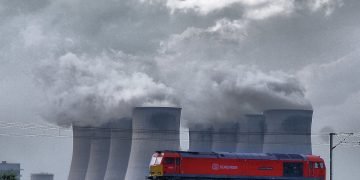