The Mirror & The Light: Mantel’s masterpiece Tudor trilogy ends on an imperfect high

Wolf Hall and its sequel Bring up the Bodies are impressively imagined, atmospheric works that have rekindled our fascination with all things Tudor. 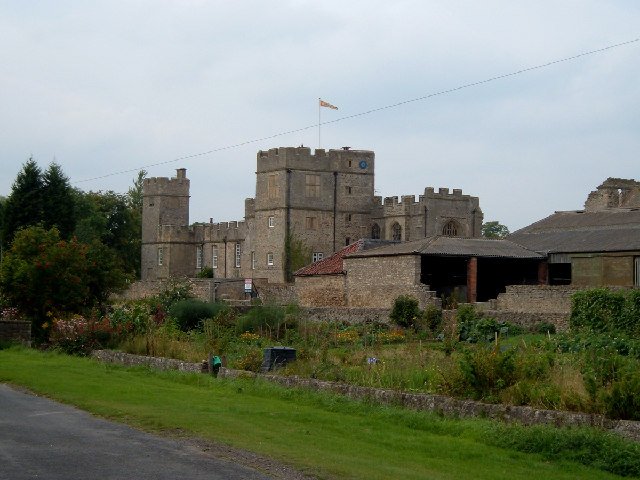 Wolf Hall and its sequel Bring up the Bodies are impressively imagined, atmospheric works that have rekindled our fascination with all things Tudor. Elevating the once looked-down-upon historical novel to critical acclaim, the first two books were published three years apart and deservedly won the Man Booker prize and an award-winning TV adaption.

The Mirror & The Light is a triumph. It may win awards for the whole trilogy, but at 875 pages long, it suffers most when Mantel’s imagination overrides history. This week marks 480 years since Cromwell’s end, but Mantel has ensured that he is eternalised as one of the greatest ‘fictional’ characters of all time. Reading the first few pages was like a breath of fresh air, a return to Mantel’s beautiful prose and her strong measured voice which describes the tall list of fleshy, unflattering and complex historical figures from the shrewd viewpoint of Cromwell himself. Twice read, twice better understood and twice definitely enjoyed.

Mantel starts by taking the reader back to the end of Bringing up the Bodies and Anne Boleyn’s execution. From here she threads the plot through Cromwell’s life and the tremendous societal change which stemmed from the scapegoating, influence and death of one young woman. England is a blessed nation. Cromwell’s first thought after Anne’s death is his supper and this lethargy devours all of his future actions. He has an increasingly expanding, widening and ostentatious wardrobe, sexual fantasies about unattainable women and burgeoning complacency towards the moody monarch he serves: ‘‘What use to the king is a servant who is distracted, merely for want of a piece of bread.’’

Fashion is the means through which Mantel documents political and social change. Cromwell is a proud man and his hubris is expressed through his change of clothing – bolder colour, flashy expenses – and every vain look at himself in the mirror is a dangerous act. Immediately Jane Seymour throws out the style of Anne Boleyn at court, intelligently imitating the traditional style of modest Catherine of Aragon. Anne Boleyn lives on in the memory of that dated, garish, yellow dress she wore to woo Henry and in all of her material possessions and stitched initials, hidden in intimate places. “Fashion is shifting” is said to highlight how badly Cromwell has lost his common touch.

“Now Pride reigns in every place, and

greed not shy to show its face,

And lechery with never shame, and

Envy reigns with reason, and sloth is ever

God help us for now is the time.”

The simple Yorkshire folk believe Cromwell to be a ‘magus’; others view him as Satan. The Northern powerhouse here is Catholic, nobility owned and, as always, deficient compared with the south. In London the people cry out in thanks to their Lord Cromwell, protector of England’s principal city where he is popular and exalted. The country is split. Thomas Cromwell feeds the local poor thinking it makes him a great man, while others carefully watch him. In this final book, Mantel lifts the lid on the ‘left behind’. Cromwell’s genius is to modernise every national asset to extract as much cash as possible – to buffer his profligate master whose main concern is about the hunting season being interrupted rather than an economic rebellion.

It isn’t until after halfway through the book and until all of Christendom is pregnant, that Jane delivers a boy, which sadly seals her own fate. Boleyn was treated badly in her pregnancy, like all noble women, and there is even more frenzy with Jane. With no recognised male heir and facing possible Northern insurrection, compounded by the Franco-Scottish Auld Alliance, Henry VIII is vulnerable. The soaring and monumental victory of the state over the North in the Pilgrimage of Grace, is the book’s majestic climax. Mirroring the culmination of Cromwell’s career when England’s new political and religious direction was secured; a boy at last.

The threat from the Shires is never truly gone. Cromwell, with his slippery religious beliefs, never quite gets caught by any theological definition. As Jane Seymour puts herself above the parapet, bravely defending Protestantism in front of her husband and master, Cromwell holds back. He stands for nothing and covets what he cannot have. Henry has a stronger sense of morality than Cromwell – the cultured, Italian made womaniser, who becomes reckless in his pursuit of power and reveals increasingly treasonous thoughts. Cromwell’s ego slowly and surely inflates. Augmentation – fiscal, sexual, administrative is the novel’s fundamental concept, spelled out in chapter titles and repeated consistently as both an adjective and a verb. “The King is augmented” – Cromwell says to Holbein, ambiguously playful and certainly loose-tongued.

Henry’s impotence is integral to the plot and contrasts with the strong sex drive unleashed in Cromwell. Gone is the family man who had crushes, now he foolishly lavishes Henry’s daughter Mary with gifts, rings and company. Mantel does not answer why he does this. Cromwell doesn’t mind the common people laughing about Henry’s sex life and though he promotes the English Bible, he does not live the gospel life. Confusing political events stir in the background. The subplot of Cardinal Pole in Italy, European politics and even the Yorkshire Rebellion (the most serious of the Tudor period) is filtered through Cromwell’s biased eyes. Thomas Cromwell thinks “I killed one prisoner but I saved another” and Mantel sticks with him sympathetically till the very end. He is always blameless. Tiptoeing around, not making Cromwell responsible for his own demise means that The Mirror & the Light doesn’t have the same stunning character downfall as its predecessors.

Archbishop “Beckett was a vengeful man and his rancour did not die with him.” There is an extended religious analogy throughout the novel’s six parts – ranging from Tyndale’s printing press to religious legislation – which, though it importantly comments on the entwined nature of Church and state, very much slows the pace down. Mantel reverts to over-focusing on Cromwell’s introspection, most apparent when six months of real time have passed with little action. Instead of dramatic irony about his fall, Mantel fleshes action inside Cromwell’s head, with flashbacks now woven in like a modern tragedy. By the end, fabrications are overt, with events happening clearly as convenient plot devices.

English exceptionalism is at the forefront of this novel, and the series. Here, the fruits of Cromwell labour bloom, feeding the secretary’s immense ego, and chapters end on his musings about Little Italy. France is a “coarse nation”, sexually vulgar to the pious Germans’ horror. England is in the sweet spot. England is heating up. Cromwell seeks to align England to the devout, small but prosperous German nation states, believing that sunny England will have its own renaissance soon. In fact, Protestant Cleves is more backwards than the rest of Europe. Anna of Cleves being its infamous sheltered victim. “Women are to be named and renamed, it is their nature” elite liberal Cromwell bemoans as Anna’s name is anglicised to Anne, forgetting the amount of free-love marriages he has broken off. Anna’s life after her humiliation isn’t in this story; rewarded with a generous endowment from the King, now her new platonic friend after their immediate divorce, Anna or Anne’s story is one of English freedom.

Cromwell spends the whole novel trying to slay the ancient Plantagenet families, but this is like fighting against the English weather. Likewise, no politician or theologian can erase the sacred sites – that the gentry have trampled on and then built their mansions with – with their true-to-life, but forged, surly Saints. Mantel distances the book from modern political parallels, almost. “Subfusc, low-slung, square” Cromwell has exploited the minority liberal elite wanting religious reform to consolidate the country and his own gain. The King too is a victim of Tudor society. His grieving is dictated by archaic rules and his self-worth damaged by absent parents – something Cromwell fatefully neglects. There may never again be a statesman quite like Cromwell, or as rich a character; or as captivating a history as the Wolf Hall Trilogy. Mantel ensures no historian can sideline Cromwell from Tudor history now.

“One must use such people. The King cannot be governed only by saints.”