The death of Prince Philip asks the question of who will be fit to be king when the queen dies? A referendum could be the best answer. 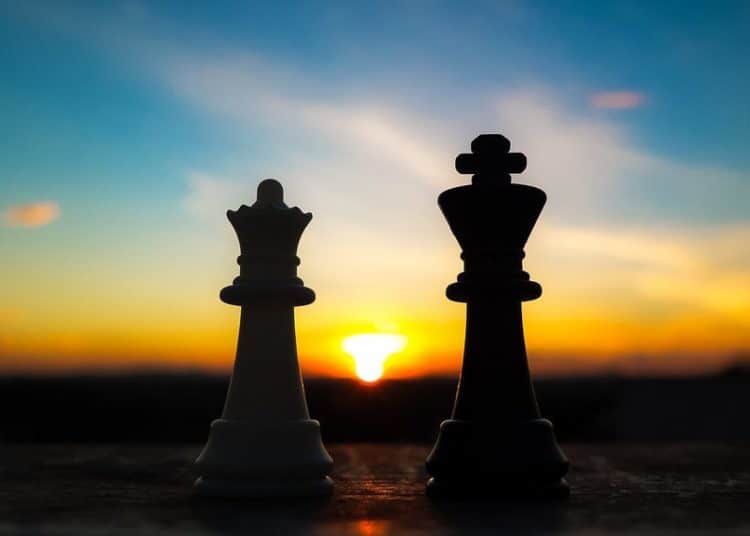 "The Decline of the Monarchy / O Ocaso da Realeza" by AdrianoSetimo is licensed under CC BY-NC-SA 2.0

As the covid emergency gradually retreats and we face up to the problems of Brexit Britain, another national event has deepened the line in the sand marking the nation’s painful movement into a new era: the death of Prince Philip and a new king.

No one under 75 will remember a time when he was not a significant figure in the life of the nation; his explosive mixture of enthusiasm and tactlessness, his stalwart support for his wife.

In many ways he was the physical embodiment of the dichotomy of modern monarchy: a man from with a highly privileged background who nevertheless experienced a perilous upbringing; a husband genetically more royal than his wife but doomed to walk a pace behind her due to the vagaries of primogeniture; a man from an ancient lineage who entered the monarchy with a mission to modernise.

There will be few in the UK who do not empathise at the human level with a 95-year-old woman who has lost her husband of 73 years. But what impact will the death of Prince Philip have upon the UK as a nation? On the face of it, very little.

The impact of the death of Prince Philip on the UK

He was the consort rather than the monarch. Following the mourning period, constitutional business will go on as usual. But I would argue that his passing should become a significant landmark in our constitutional history – the point at which an intense national discussion begins about how we intend to proceed when the Queen herself dies.

Nearly 20 years ago, I asked this question in Open Democracy:

“My sense of national identity, I suspect, like many Britons, whether I like it or not, is emotionally bound up in the Royal Family. Although I logically know that the idea of monarchy within a system of governance is undemocratic and archaic, we are not dealing with cool logic, but warm emotion.

“This aspect of cognitive dissonance makes the discussion of constitutional reform an exceptionally difficult issue for the British people … [but] surely the time is ripe for serious national discussion followed by referendum? We must face the fact that our Queen is a mortal woman, who is currently 76 years old. We need to get on with it.”

But now here we are, two decades later, still no clearer about whether what will traditionally happen at the moment the Queen’s death is announced will be done with the approval of the majority of her subjects.

Given the ideological gulfs that have opened up between various groups of people in the UK over the past four years, not least between the four nations, this seems to be a very dangerous road onto which to stumble.

Results from a poll about the monarchy

The latest YouGov poll shows that 40 percent of all respondents want Prince William to take the throne after the Queen, as opposed to 32 percent for Prince Charles. Some 14 percent want an end to the monarchy, and 14 percent don’t know.

When the data’s segmented, the majority in every category appear to be in favour of perpetuating the monarchy, but support for Prince Charles as monarch only exceeds that of Prince William amongst people between 50–64, and then only by 5 percent. People over 65 are evenly split, with 43 percent for each option.

As matters stand, at the moment Charles will automatically become King the moment after his mother takes her last breath.

And constitutionally, his wife will immediately become Queen Consort, despite the fact that only 53 percent of the public support that outcome, while 32 percent would prefer that she’s given a lesser title. And her unpopularity increases with the age of the sample: only 49 percent of over 60s (traditionally the most fervent supporters of monarchy) agree that she should become Queen Consort.

As such, support for what will happen automatically when the monarchy passes to a new generation appears to be lukewarm at best, and in a nation already divided over a range of important issues.

It is probably a safe bet to assume the Queen, who appears to be in excellent health despite her great age, will continue to her Platinum Jubilee on 6 February 2022, and for the celebrations that will follow in the summer.

Prince Charles: does he have the appetite to be king?

The British people will spend much of the next decade dealing with the uncertainty that the aftermath of covid and the cold reality of Brexit. Current polling indicates that the vast majority wish to do this under a constitutional monarchy, but many are uneasy with the natural line of succession.

National divisions about the monarchy and future king

The reality is that we currently live in an increasingly divided nation under a 95-year-old monarch, whose heir apparent is not the most popular choice amongst the people to succeed his mother.

Surely, then, the most responsible action for the government to take would be to call for a referendum to decide peacefully and democratically what happens when the Queen is no more, rather than recklessly presuming the people will support whatever regime is imposed upon them?

Current polling suggests that this may in fact be the best way to preserve the monarchy. We can look back into history to find a time when an agreement to devolve power to the people may have protected Britain from later revolutions that toppled the absolute monarchs of Europe.

I first called for such a referendum two decades ago, when the nation still had time in hand. Now we find ourselves standing on a precipice, with very little time left for Britain to move peacefully forward into the next stage of its Glorious Revolution.

The other option is yet another bitter debate to be added to the issues that are already dividing our uneasy nation. The government must act.