The BBC faces a rocky road ahead, with the Dowden enquiry and the appointment of the new chairperson - former Goldman Sachs banker. 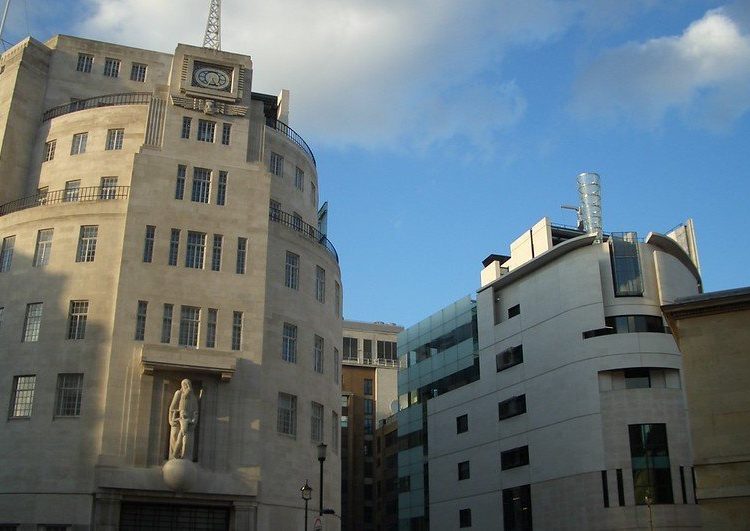 Broadcasting House and its little twin by Dave Smith is licensed under CC BY-NC-ND 2.0

As Byline Times reported, earlier today it was announced that former Goldman Sachs banker Richard Sharp is set to be appointed as the chair of the BBC’s board of directors. The role of the chair is powerful: as head of the BBC board this person is responsible for maintaining independence and ensuring that the broadcaster delivers the service in the public’s interest. The job description makes interesting reading.

According to Byline Times, “The newly-appointed [chair] of the BBC has donated more than £400,000 to the Conservative Party since 2001, Electoral Commission records show”.

On 17 September 2004 Dominic Cummings, then director of a right-wing think-tank, New Frontier, wrote:

1) the undermining of the BBC’s credibility; 2) the creation of a Fox News equivalent / talk radio shows / bloggers etc to shift the centre of gravity; 3) the end of the ban on TV political advertising (an enterprising donor with a few hundred thousand pounds would do more to help the Conservative Party by funding a legal challenge of this ban than he ever could by donating direct to the CP).

One low cost thing that Right networks could do now is the development of the web networks scrutinising the BBC and providing information to commercial rivals with an interest in undermining the BBC’s credibility. During the election and even more so in a EU referendum, there will be a huge need for the BBC’s reporting of issues to be scrutinised and taken apart minute-to-minute. (One of the major mistakes the CP has made is supporting the BBC in the row with Blair.)”

Cummings maintained that this approach had been successfully used to undermine the left-leaning. That was 2004. In 2020, Dominic Cummings was at the heart of the Conservative government and his war on the BBC began in earnest.

The voice of the people

In 2015, the Radio Times carried out a survey asking readers for their opinion regarding the future of the BBC, to promote the voice of the viewer at a time when debate was seemingly dominated by politicians. Out of 9,000 responders, the survey found that:

The findings were similar to the views expressed by responders to a survey commissioned by the online campaign site 38 Degrees:

In other words, those who watch or listen to the BBC, highly value the service.

The government is asking the question – does the country need a public service broadcaster such as the BBC and Channel 4, when so many people use social media? Oliver Dowden, the culture secretary, is to set up a panel of experts to assess the future of public service broadcasting. Dowden is no friend of the BBC, citing the organisation as being insular, and out of touch with ordinary people arguing that “a growing number of viewers feel harangued or ignored” in news, drama and comedy. He also implies that the BBC is no longer relevant, and suggests that Netflix and Amazon Prime have “lobbed a grenade” into public broadcasting.

The panel will carry out a strategic review, looking at all public broadcasters, including ITV, Channels 4 and 5, STV in Scotland and S4C in Wales. Among other things, it will consider whether current funding is fit for purpose. Dowden has already written to the BBC enquiring how savings can be made and asking how the service will support the most vulnerable in society before finally deciding future funding.

The Radio Times and 38 Degrees research suggests that many people will be alarmed by Dowden’s view of the BBC. Traditionally, the nation looks to the BBC as a public broadcaster. For example, coverage of the pandemic by the BBC is watched by more than 10 million people. It seems strange that the government wants to reduce the influence of the BBC, at a time when fake news and conspiracy theory is everywhere.

Today, the BBC is the world’s leading public broadcaster, providing a wide range of television, radio and digital services which aim to inform, entertain and educate, including the 24 hr World Service, which broadcasts in 27 other languages. Worldwide, the BBC enjoys a reputation of being trusted, impartial and informative; attributes you would think desirable for the so-called new ‘global Britain’.

The BBC is a British institution and belongs to the public, not the government. There are no shareholders, no overseas owners and no private company involvement. It is apolitical. The service is mainly funded through the licence fee, which allows access to TV, radio, iPlayer and online content – as well as funding the BBC orchestras. The licence costs £154.50 per household per annum, allowing the BBC to remain free of advertisements. In 2019, the BBC’s income from the licence was £3.69bn, plus £1.2bn from other income. This money is invested in programmes and content.

The licence fee has been controversial due to negotiations in 2016 between Tony Hall, the outgoing director general, and David Cameron who forced the BBC to take on the responsibility for free licence concessions for over 75s. Although originally a central government commitment, this resulted in costs to the BBC amounting to £750m by 2020/21. The deal was seen by many as forcing the BBC into a position of welfare provision, while at the same time placing its future at risk. The government was accused of betraying the over 75s by reneging the responsibility of the licence and the BBC accused of denying older people a free licence. The stand taken by the BBC regarding free licences was difficult, but necessary in order to protect service provision.

A further problem threatening the BBC is the government’s proposal to decriminalise non-payment of the licence, which will cost the organisation £200m per year, leading to further cuts in output. The licence fee is up for review in 2022 and for full negotiation in 2027, when the royal charter is due for renewal. The future of the BBC as we know it remains uncertain.

Although generally respected around the world, many in the UK would like to see the BBC reduced in size, influence and stature. Yet the BBC provides a service to the nation that most people trust: a service that we rely upon to provide entertainment, news and current affairs. This service was, and largely still is, respected for its impartial, truthful and unsensational reporting. Over the years, the UK and the world have relied on the BBC for its truth and integrity. If there is an orchestrated campaign to destroy the BBC, who is behind it and why?

According to an article in The Times, an anti-BBC campaign group founded by supporters of Brexit has raised approximately £60,000 in donations as it pushes for radical reform of the licence fee to defund the BBC. Petitions have been organised questioning, among other things, large pay increases for broadcasters and calling for funding reform – for example by subscription. In his Guardian article, Peter York observed the intensive way in which the BBC is trolled online using website names such as Biased BBC as well as on YouTube, with accusations about the BBC being full of “commies” and sometimes “paedos”. According to York, this campaign is designed to make it appear that such minority views are widely held.

The defund campaign was started by Conservative Party activist James Yucel, and aims to reduce funding and therefore the scope of the programmes the BBC can deliver. Also involved in this campaign is Liam Deacon (a writer for Breitbart – an American news website known for its far-right political content) and Darren Grimes (another Conservative political activist). This suggests a right-wing drive to damage the BBC. Cummings is cited as an influential player, and although no longer in Downing Street his influence remains significant.

In his article, York suggests that Johnson does not admire the BBC and would like to see the licence fee changed, which could seriously challenge the future of public broadcasting in this country. York identifies the government as “the enemy of the BBC” and writes about anonymous government sources claiming an “all out war” against the broadcaster.

The BBC faces a rocky road ahead, with the Dowden enquiry and the appointment of the nee chairperson. Cummings’ departure will not make a difference to the survival of the BBC. As author and journalist Yasmin Alibhai-Brown suggests, the damage has been done, the lies spoken and the criticism will continue through right-wing websites such as Guido Fawkes and the right-wing popular press.

So, is there a way the voice of the people can be heard above the right-wing rhetoric? It can be difficult for people to know who to contact in defence of the BBC other than to sign petitions and write to their MP. The organisation the “Voice of the Listener and Viewer”, founded in 1983, campaigns to represent the views of the audience and aims to ensure the public continues to benefit from high-quality TV and radio in the UK. So there is a way to demonstrate support, but it is also up to the people to get involved, shout loud and make their views heard.