Being financially stable is a challenge especially for young people. Here are 7 steps to aid you in sorting out your finances for the future. 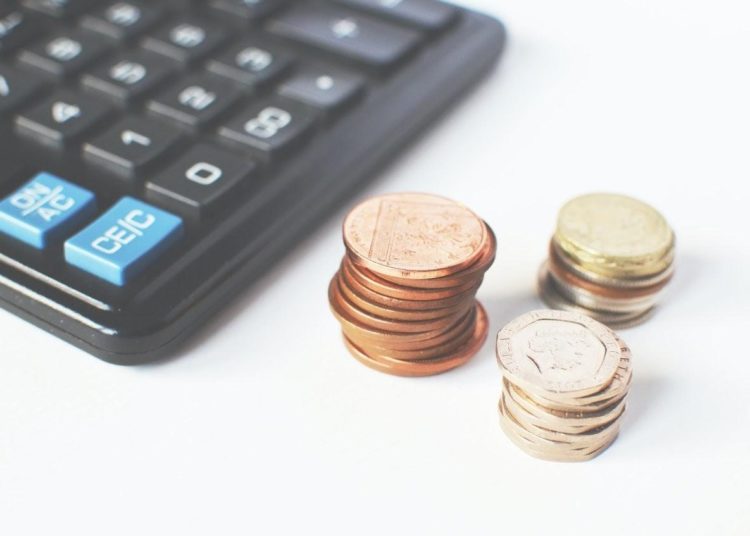 Image of a calculator and coins, Photo from Pexels Free for use

The journey to financial freedom can be nerve wracking and, while it’s something we may all dream of, very few achieve it. Even becoming financially stable is a challenge for millennials and Gen Z, especially in these uncertain times. However, if you are a young person beginning to think about your financial future, there’s plenty of advice out there regarding the pitfalls to steer clear of and the proven strategies to follow in order to gain control over your personal finances.

We make different financial decisions as we age and the same is true for our mistakes. They tend to vary depending on our maturity and in respect to the financial knowledge we’ve attained. Here are seven common mistakes made by young people, together with strategies for avoiding them.

Several factors will lead to high spending, including transportation, accommodation, and food, with the average cost of living in the UK calculated at £2,000. Clearly noting down your expenses will help to identify your spending habits and make you ask yourself what expenses could be cut down. For example, if you have a car – a serious drain on finances – do you really need it?

From the analysis and rethinking of your expenditure, you might also find you’re able to allocate funds for savings, an essential step for achieving future goals such as buying a house.

2. Too much bad debt

Data from the Office of National Statistics indicate that in 2018 young people were less likely than before to be in financial debt. However, 37 percent of those aged 22 to 29 had a debt average of £1,900 excluding student loans.

A report produced in 2009 by Citizens Advice Scotland distinguished between different reasons for debt. Low income, having children, losing a job and dealing with accommodation costs were key causes of debt, as was the lack of access by young people to mainstream credit. However, half of the young people in the survey attributed their debt problems to money mismanagement.

Not all debt is bad – there is good debt and bad debt. Examples of good debt are mortgages and student loans, both of which are investments for the future. Problems arise when people accrue too much bad debt – for example, credit card spending or payday loans.

While the Citizens Advice report put responsibility on lenders and government to ensure safe levels of credit for young people, there is also scope for personal responsibility in limiting bad debt. (What would undoubtedly help with this would be a greater degree of practical financial education at school.)

Though a recent study has shown a surge in the amount saved by millennials compared to their counterparts, there’s a worrying trend indicating that over 53 percent of young people between 22 and 29 years have zero savings.

This is a problem because savings provide a cushion in times of financial crisis and, better yet, can be used as a down payment for things like a house or a car. With no savings, an unexpected need for cash may mean the only option is a high interest loan.

Though financial advisors recommend saving between 18 to 20 percent of annual salary, the average saving percentage for each Briton is approximately just 8.21 percent. This is an estimate of £106 per month for every person.

There are many ways to save money systematically, such as automating savings. This involves making a calculation to estimate how much you can afford to save each month. The process can then be automated so that a particular amount gets transferred directly into a separate account and leftover money can be spent without stressing about savings goals.

It can be useful to adopt an overall budgeting strategy, of which there are many versions. In the US, for example, thanks to a book by Senator Elizabeth Warren, the 50:30:20 strategy (50 percent for needs, 30 percent for wants and 20 percent for savings) is popular. The point of a percentage breakdown is that it works even with a fluctuating income.

This may seem completely unrealistic if you are one of the 40 percent of UK employees who live from one payday to the next and have no emergency savings. It’s a percentage that increases down the age range, rising to 56 percent for Gen Z people.

If looking at spending in ways described above suggests you have scope for savings, the trick to saving up for an emergency is putting away a small amount of money consistently. There are useful savings apps available, each geared towards a particular type of savings target.

Hamna is a marketer by day, DIYer by night. She is a telecom engineer turned content marketer and has been featured in many top publications including Forbes, MSN and Yahoo.