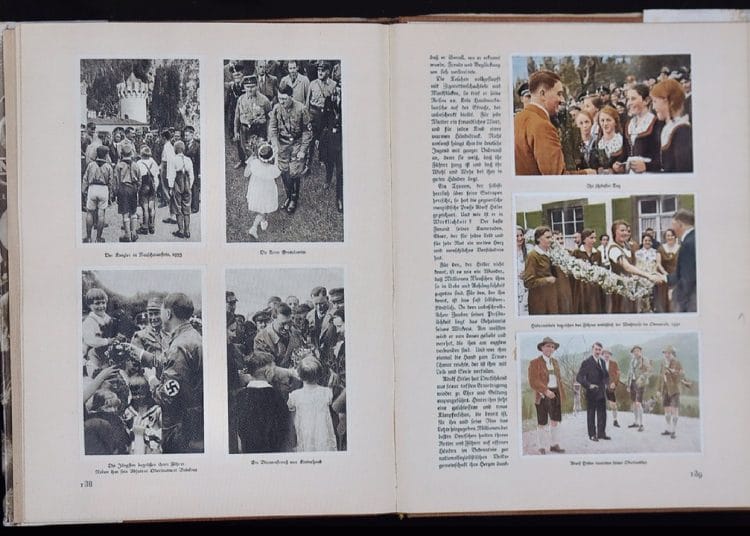 It was perhaps fitting that on the way to visit the newly opened Holocaust Galleries at the Imperial War Museum in London, I walked the length of the nearby covid memorial wall, designed to reflect the scale of our recent mass loss of life.

The Holocaust Galleries: an intense reminder of Nazi atrocities

At the centre of this new permanent exhibition are the individual stories of people affected by the Holocaust, and so the journey through the galleries is intense. The only time I made eye contact with other visitors was when I reached the final room, where I wept, saturated by the range of emotions. The guide at the entrance had gently pointed out that the darker blue rooms on the route signalled potentially more distressing content but the last one was unavoidably upsetting.

Some of the information provided in the Holocaust Galleries will be familiar to anyone who has read about the atrocities or visited a memorial concentration camp but the exhibition brings a striking focus. For me, the exhibit that did most to convey the enormity of Nazi wilfulness was an illuminated wall showing thousands of deported shaven-headed Jewish males. No book can capture the horror of this.

James Bulgin, head of content for the new Holocaust Galleries, has written an accompanying book (£20) based on the research undertaken by his project team. The penultimate chapter, ‘Afterwards’, is thin but appropriately so.

This aspect of the annihilation is more memorably explained by the films, shown in this exhibition, that were made as the camps were liberated. And this is where I and some of my fellow visitors quietly cried and smiled, understood the jeering juxtaposed with joy in the faces of the liberated prisoners before recoiling, as they did, at naked emaciated bodies tumbling into lime-filled pits. I have visited Sachsenhausen, the first concentration camp to be built, and it did not affect me in this way.

Some 2,000 photos, books, artworks, letters and personal objects ranging from jewellery and clothing to toys and musical instruments illustrate the personal stories threaded through the galleries. Two striking pinpoints of light in the darkness were the wedding dress of a survivor of Belsen for her marriage to a British soldier and the spike in births in the displaced persons’ camps. 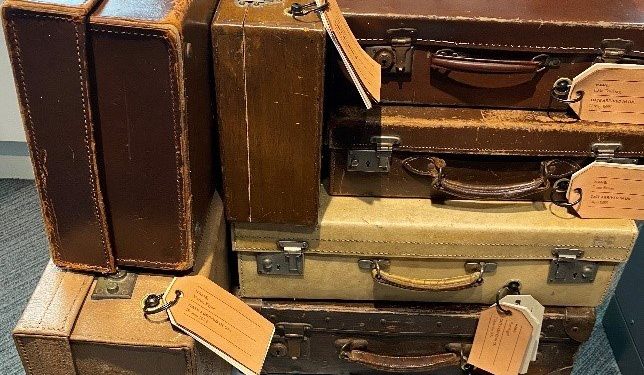 Visitors will likely pause at artefacts or ephemera that highlight less familiar features of The Holocaust. I heard myself muttering behind my facemask at the malevolence in a manner I had not experienced when reading about them.

Two aspects heightened this emotion in the section entitled ‘The New Order’. This explains how the Nazis did not feel that the law should be impartial and attempted to bend the legal system to be part of their enforcement network. Adjacent to this were the posed images taken by Hitler’s personal photographer as his cult of personality was developed. Our secretary of state for justice and our prime minister intruded into my thoughts.

This is a permanent and free exhibition. The Imperial War Museum is currently open from Wednesday-Sunday, 10-6 and entry to the Holocaust Galleries is by timed ticket, available on arrival. Further details are on the website.

You may find you need more than one visit. I myself will need to return. I paid a cursory visit to the gallery of photographs of lost loved ones and surviving families, but I was spent, and this floor deserves an equally reflective walk-through.

Malcolm Laverty, aka Stan, is a retired local authority schools adviser, having previously led or taught in a range of schools. He is the editorial cartoonist for Schools Week and several of his cartoons appear in The Cartoon Museum’s e-publication #DrawTheCoronavirus. He tweets as @SDupp. This began as a response to the rushed academies legislation by Michael Gove in 2010. Lords Nash and Agnew have publicly complained about him when he gave one the wrong shade of ginger hair and portrayed the other as Ebenezer Scrooge.