This Rwandan cross was crafted by refugees, in the wood from the charred beams of one of the churches attacked during the 1994 genocide 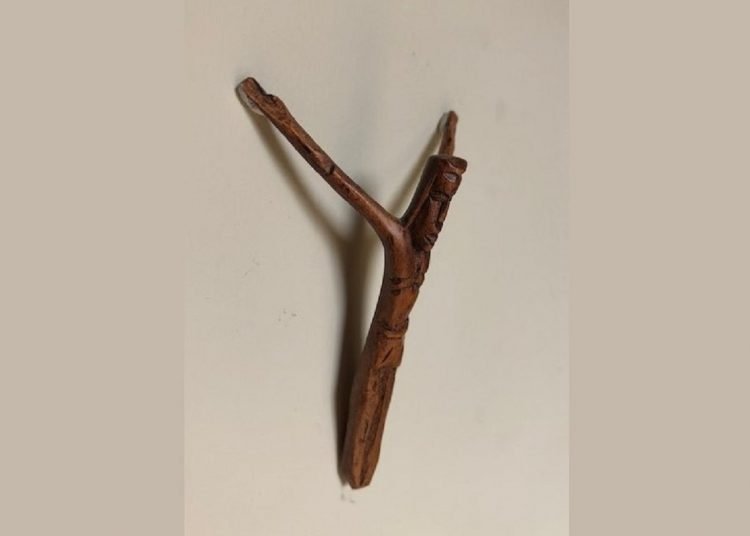 This Christian cross is one I have from a Dominican priest, Father Timothy Radcliffe, Blackfriars, Oxford. Father Radcliffe was the Master of the Dominican Order; he visited Rwanda once the genocidal conflict had ceased. The cross was crafted by Rwandans seeking refuge, in the wood from the charred beams of one of the churches attacked during the genocide in 1994. Many of these churches were burnt with women and children sheltering within them.

On Holy Saturday (16 April), the day after Good Friday (when the Bible tells us Jesus Christ was crucified), my thoughts were drawn to the recent announcement of the government’s plan to send UK asylum seekers to Rwanda for processing, supposedly in order to suppress people smuggling.

The last words from Christ were: “Forgive them for they know not what they do”. I am a British person, from a refugee family from Europe in the First World War, and this is exactly my message to Priti Patel. Our migrant family are amongst many other similar families that have contributed wealth, compassion, and life-changing health outcomes for people in UK and beyond.

Church of England and connections to colonialism

Crucial to this story is that the Church of England has roots and connections in African countries, India, and other former colonies that adopted Christianity. In The Elephant online paper in Kenya, it is revealed how the Gabra and Borana people lived in peaceful harmony until the British colonialists decided to make significant political, economic, and social changes that have caused ongoing conflict ever since.

Currently the Church of Kenya is experiencing an increase in violence due to ongoing political and social problems, such as famine, in the north of the country. 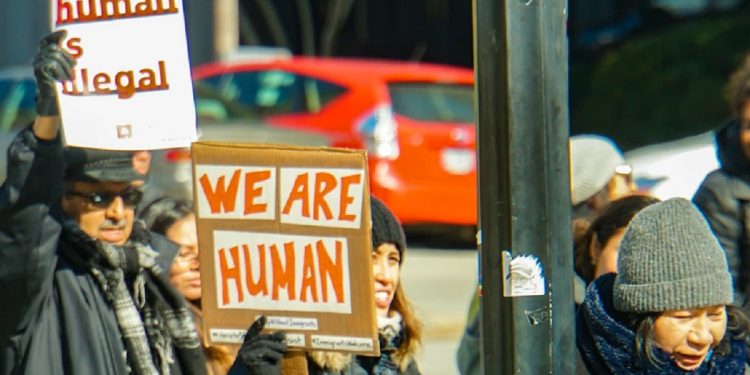 Here is a shared letter in March 2022 from a Church of North Kenya.

I know we are all much in prayer about the horrific events in Ukraine, but this is a heartfelt plea for your brothers and sisters in Marsabit.

+ Qampicha rang me a few days ago to say that the security situation in Marsabit is extremely bad at the moment. 3 land cruisers were ambushed a few miles northwest of Marsabit on the Maikona road, with 8 people badly injured and 2 killed. Then the bus down from Moyale was attacked on the road from the northern desert up into the town and more people were injured, including our evangelist, Philip. He had a bullet passing through his neck, yet miraculously without hitting any major arteries. He is now in hospital down south.

This is a struggle between the Gabra and Borana peoples, almost certainly fuelled by politicians mobilising their people before the August elections. It means that travel north of Marsabit is now highly dangerous. Bishop’s home and wider family are from Sololo in the north, but he believes it is too dangerous to go there at the moment.

Down south, there are also tensions and violent incidents between the Turkana and Samburu, though that hasn’t flared up quite so badly as in Marsabit.

There is also an outbreak of Yellow Fever in Isiolo, in the southern area. Add the famine which continues, because the rains have still not come (due in March), and I would plead for your prayers.

Christian communities in Britain are showing support for refugees

This story shows the reality of asylum seekers, particularly those with historical links to Britain.

This context is probably very much part of the thinking of archbishops from Canterbury and York, Justin Welby and Stephen Cottrell respectively, with regards to the UK plan for asylum seekers to be processed in Rwanda. All over Africa, the Christian Church plays a part in the way of life. It is clearly aware of events and history that lead to asylum being sought often locally in Africa itself and a for a very few people in the UK or Europe.

Parishes across England, for example in Wakefield, Halifax and Ripon, support Christian communities in many ways including exchange visits to Africa. What the home secretary plans to do is brutal. It is no different if a processing centre was set up as a one way return in North or South India or Pakistan where communities are also tied to the Church of England.

What if Philip, mentioned above, had sought asylum in UK and was then sent to Rwanda? What message does the UK government’s announcement say about British people? Many of the problems across the globe, which often result in refugee crises, have been caused by the colonial era. Surely, we have a duty to step forward and act fairly and responsibly?

Sending asylum seekers to Rwanda for ‘processing’ will be remembered in history as cruel, lacking in compassion, and quite frankly a large step away from a country once remembered for its greatness.

We have a duty to not only accept refugees, but to be prepared to invest in quicker processing, while also making it clear that any significant errant or criminal behaviour would lead to deportation.

For years, my family members (non-British citizens with refugee status) had to report annually to the local police station to ensure that their status was continued and no criminal record had been acquired. This applied to many people from a range of countries, Cyprus, Uganda and so on.

Changing how we think and approach these issues

Maybe more of us need to pray for Ms Patel that she may become more merciful and compassionate. She is sadly at the mercy of one end of the spectrum of evolved resource-regulation strategies. These are called ‘care and share’ versus ‘control and hold’, in this analysis recently put forward by Paul Gilbert from the University of Derby.

‘Control and hold’ strategies are typical of primates that operate through intimidatory, often aggressive social hierarchies. ‘Care and share’ strategies developed within the hunter-gather style of human living, evolving from self-focus, self-promoting control and individualistic approaches that were then shunned.

The ‘care and share’ approaches developed and led to human language, reasoning, planning and self-awareness, and complex beneficial human child rearing. This in turn evolved from ‘I survive’ to ‘we survive’, with humans progressing into developing agriculture-based communities. This meant less need to search for food and resources and more growing and sharing resources within interdependent communities.

Resource competition is the challenge we currently face, which leads to more ‘control and hold’ behaviours. One of the challenges to creating a more compassionate society is to find ways to create the social and economic conditions that regulate ‘control and hold’ strategies and promote ‘care and share’. While this is no easy task, we could start by abandoning the Rwanda plan and instead develop more creative solutions, underpinned with a compassionate focus. It goes against the grain maybe and yet we have evolved from such approaches in our human existence very well. 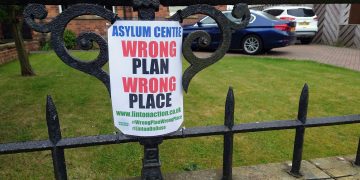