The government wants civil servants to return to the office instead of working from home, but is this the right decision for employees? 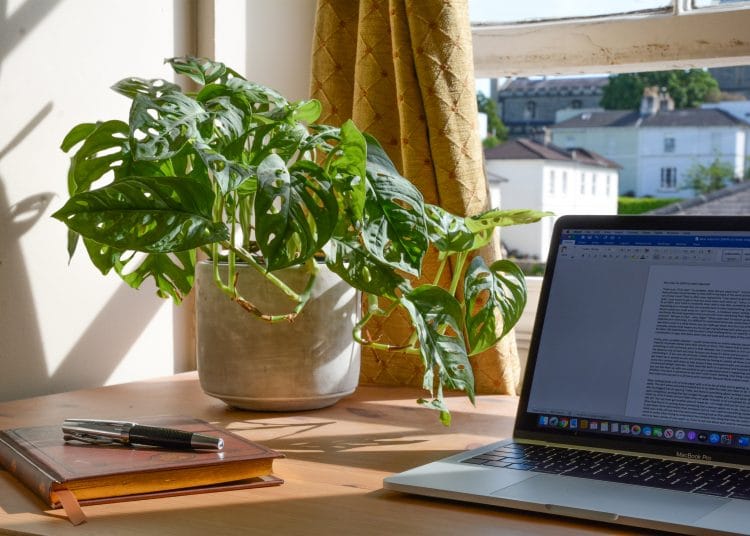 Working from home, image by Mikey Harris on Unsplash

According to the Mail Online, an unnamed cabinet minister has said that civil servants who do not return to the office now that covid restrictions have been lifted, should be paid less than those who do, as “if people aren’t going into work, they don’t deserve the terms and conditions they get if they are going into work”.

The minister also said that bosses could not know if those at home were working or watching TV and “there is suspicion that some people have spent the last 15 months working from home but haven’t actually been doing very much”.

Get back to the office

The minister’s views were shared by Sir Iain Duncan Smith who said, “civil servants need to get off their backsides and into the office and they need to do it pretty quickly”.

On the Today programme Kwasi Kwartang, the business secretary, refuted any suggestion that the government would make civil servants return to their offices, although it would encourage them to.

Elsewhere, Conservative MP Robert Halfon said that university lecturers should get back to face-to-face teaching saying, “students are being conned. Ministers and the Office for Students should make it clear – either get back to normal or cut your fees”. Lucy Allen, also a Conservative MP, said, “Some GP practices have shut up shop despite being paid a handsome salary to serve people in need”.

It has taken less than a fortnight of falling covid infections for the right wing of the Conservative Party to renew attacks on the public sector. Being ‘present’ in the office is the newly constructed battlefront in their culture wars.

The pandemic has clearly shown that the economy, particularly in the cities, has become highly dependent on long working hours, long commutes, ‘bums on seats’ and outsourcing of personal needs – food and drink preparation, washing and ironing clothes, childcare, cleaning, and dog walking.

Covid has had a significant impact on the office accommodation sector, with a 30 percent increase in unoccupied property in 2020 and a 10 percent drop in office property values. According to the Guardian, 13 percent of recent Conservative Party donations came from property developers with 36 donations made in the first quarter of this year.

Loss of commercial rental income caused by home working will put more pressure on the government to open up the economy and persuade people to return to their offices. It will have little impact on businesses, which are already making their own decisions, but it can require the 484,880 permanent UK civil servants, of which 101,930 work in London, to return to their desks.

Along with many other organisations, the civil service had been moving in the direction of more home working long before covid. Civil service median pay is about £29,000, an impossibly low figure on which to live and raise a family in London. As civil servants have moved further and further out of the capital, with longer and more expensive commutes in overcrowded trains, government departments have had to offer staff the option of working at home, at least for part of the week, in order to keep them.

This has suited managers too. As pressure on office space and budgets has grown, the government has employed more and more consultants and freelancers who can work from home or their primary contractor’s base, which may be out of London.

Test and Trace alone has employed over 1,000 consultants, who could not have been accommodated in London had they all been on the Department of Health’s books. In March, Capita announced that 35,000 of its 45,000 strong workforce, the majority of whom work on public sector contracts, could continue to work from home.

Government offices are not covid safe

Those areas of government business that have relied most heavily on office attendance have struggled the most during the pandemic. There are significant backlogs of applications to be processed by DVLA, passports and immigration.

These sectors are low paid, work is often conducted in crowded spaces and working from home is not an option, mainly for privacy/security reasons. The delays have been caused by staff shortages, including sickness and isolation and the need to create some social distancing in the workplace.

DVLA has had 643 covid cases including one death, and there has been industrial action following complaints about poor safety measures. Requiring more staff to return to work prematurely will only exacerbate existing problems. In contrast, Jon Lewis the head of Capita said earlier this week that homeworking had led to low levels of sickness and self-isolation in the firm.

Other public service sectors such as education and criminal justice have operated with a mix of in-person attendance and working at a distance. The criminal justice system was in crisis well before the pandemic with delays of over two years as routine, while schools found they did not have the technology to operate remotely nor the space to cater for a large number of pupils and had to muddle through as best they could.

GPs have had more freedom to determine their own ways of working and most have opted to minimise in-person contact. This has made contact and obtaining healthcare more difficult for some patients but it has been liberating for others, as they have not had to attend or queue for an appointment and have been able to ask straightforward questions by email.

The benefits of home working are numerous. It is better for families, the environment, small towns, levelling up and staff recruitment and retention, and it will reduce the need to expand already overcrowded public transport in the southeast.

For many it is more productive and efficient. The drop in office revenues and house prices in London may also enable essential workers to return to the city. There are downsides, but these – for example, reduced creativity and increased isolation – can be ameliorated by hybrid working.

The politicians opposing more home working offer no arguments against it or explain why it might be better to fill offices once again, other than London being no longer so vibrant. Not can they provide good reasons for interfering in how the civil service best manages its human resources.

Constructing public sector office workers as greedy and workshy, and underserving of anything other than impoverished working conditions is just another skirmish in the never-ending culture wars, an end in itself.