Helen Johnson writes an open letter to Conservative MPs, asking them to consider if they support the government's assault on democracy 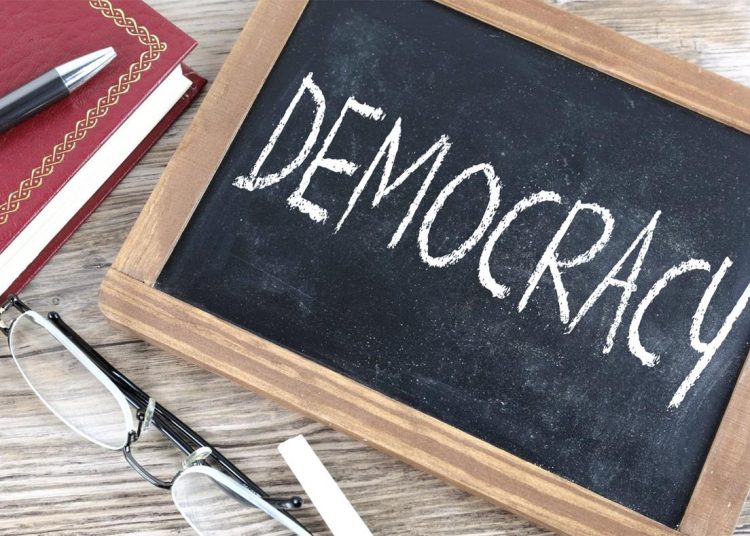 So, quite the week, then, the whole Owen Paterson thing.

Am I picturing this correctly: 13 rebels walking around with holier-than-thou expressions, a few dozen abstainers repeatedly going ‘Doh’ for being so close to getting it right, and the rest of you phoning your mums and complaining that the big boys bullied you into it?

It’s interesting that, in a job where you are supposed to be representing the interests of your constituents, and at a time when their interests are so under threat, it apparently took this government’s assault on democracy to come and hammer on your own personal doors for you to start to feel any sense of disquiet. That’s the thing about authoritarianism: it starts by limiting the actions of other people, and then it comes for you in the end as well. Only by protecting us can you protect yourselves.

So, there are a number of worrying proposals currently in the pipeline.  Maybe you didn’t previously think of them as ‘anti-democratic’, since you couldn’t conceive of yourselves as belonging to an anti-democratic government. But it would be nice to imagine that this last week’s events may have been some sort of Mitchell and Webb “Are we the baddies?” moment for you and that you might now start to put some of your decisions through a previously unthinkable “Might this be bad for democracy?” filter.

I’m sure you will recognise some of the particular proposals I would suggest you might reconsider in this way: the requirement for voter ID, the undermining of the independence of the Electoral Commission, reforms to the process of judicial review (which even David Davis is telling you is bad!) and the police, crime, sentencing and courts bill, which, amongst other things, restricts peaceful protest – kind of like stopping you from expressing disapproval of the government’s manoeuvrings to exonerate Paterson. Keep hold of your legitimate feeling of democratic outrage when that happened and see if you can now empathise with people undemocratically impacted by your government’s other plans.

There will be a period of cognitive dissonance, and that’s not pleasant. But if you reach out, you will find a huge surge of support from people who don’t wish to see the democratic institutions and practices of this country go into decline. I would guess that even includes the majority of Conservative voters.

We might then think about moving on to reconsider other problematic issues, such as whether you ought to be supporting the breaking of international agreements and the stoking of enmity with our nearest trading partners. But let’s get through this first.

I trust, by the way, that you have no lobbying scandals of your own to worry about. Journalists do seem to have got the bit between their teeth, so fingers crossed.