M&S is taking Aldi to court for copying their famous Colin the caterpillar cake. In a David and Goliath scenario, which caterpillar will win? 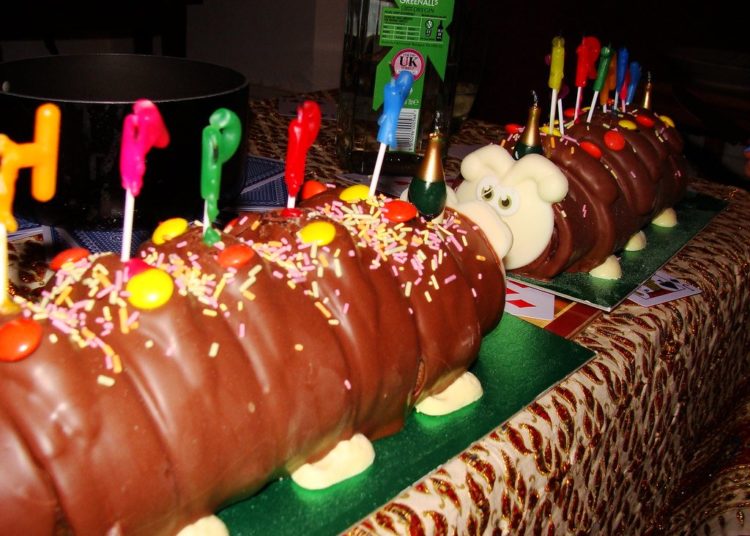 "Caterpillar cakes" by Ben Sutherland is licensed under CC BY 2.0

M &S has started legal action against Aldi over its somewhat iconic Colin the Caterpillar cake. The high-end supermarket intends to axe Aldi’s Cuthbert the Caterpillar cake from their stores, over claims that the products are too similar. It is certainly difficult to tell the two apart, in appearance at least!

The price difference – Colin costs £7 and Cuthbert costs £5 – has led M&S to fear that customers will think they are of the same quality.

M&S said, “Love and care goes into every product on our shelves. So we want to protect Colin… and our reputation for freshness, quality, innovation and value”.

M&S’ intellectual property claim has been described by the Guardian as the “ultimate food fight”. Colin and his lookalike alter ego Cuthbert, are going to war.

Telling the difference between ‘value’ and ‘budget’ products

I have to say that I once had cause to regret the similarity of ‘value’ and ‘budget’ supermarket products. In this case, the product was a well-known supermarket’s branded tin of chopped tomatoes.

When shopping overseas, the till operator was scanning my items at a pace I couldn’t keep up with. The tin in question was heavy and the same colour and style of the branded tinned tomatoes that I was so familiar with.

It was only when I arrived home and unpacked my shopping that I discovered I had inadvertently picked up a charity donation tin mistaking it for budget tin of tomatoes. I returned the tin to the supermarket, which was embarrassing for me, but at least caused the staff some amusement.

Legal review of the Colin the Caterpillar case

Judge Rinder, a household name for many, gave his own judicious review on the matter. He points out that multiple other supermarkets have also produced a replica of Colin the Caterpillar, naming them Cecil, Curly and Clyde.

He jokingly highlights that “on the brink of global catastrophe”, Colin versus Cuthbert is the most pressing legal question. Ultimately though, M&S has received “millions of pounds” of huge publicity, and to sum up he ruled, “let there be caterpillars everywhere”.

David versus Goliath, or Colin the Caterpillar versus Cuthbert?

The caterpillar case reminded me of an historical New Zealand case, a true David and Goliath story, and probably the most legendary multinational company takedown of them all.

In 1986, Henry Harrod, whose restaurant in the small New Zealand town of Otorohanga was named after himself, was threatened with lawsuits by UK Harrods owner Mohammed Al Fayed over using the name.

In protest, almost every local store in the restaurant’s town of Otorohanga also changed their name to Harrods. The showing of solidarity for Harrod went so far as to change the town name to ‘Harrodsville’. This received the support of both the district council and the mayor.

After international media had a field day reporting the story and criticising Harrods, Al Fayed dropped legal action. The shops and town reverted to their former names.

Moral of the story? If a multinational company threatens legal action, think outside the box. Be the David. Or rename your entire town, you know, whatever it takes.

Perhaps you might even opt for spelling caterpillar with a K?