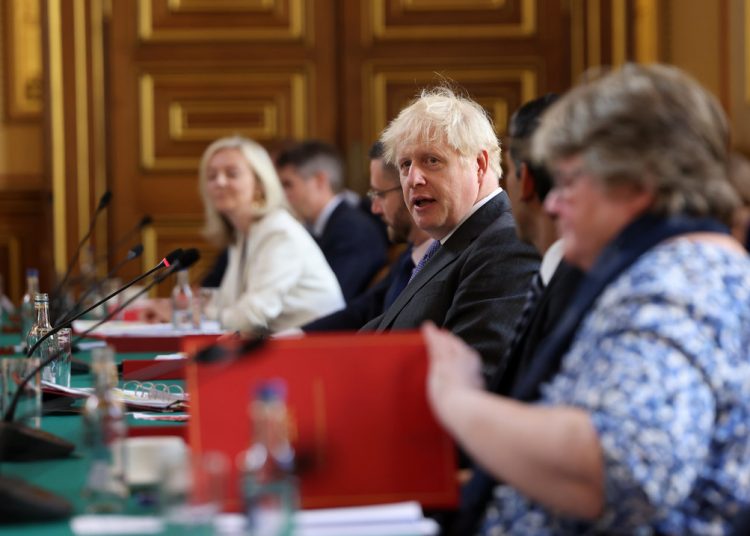 The long running farce that was Boris Johnson’s contribution to Britain’s public life is drawing to the ignominious close that it was always destined to do. He is about to be swept away by an avalanche of his own lies bearing down on him with ever increasing power. More and more Tory MPs are calling for him to stand down, the latest being former children’s minister Tim Loughton, MP for East Worthing and Shoreham.

Since bursting into our national consciousness on Have I Got News for You in 1998, and using his buffoonish persona to win Michael Heseltine’s old seat of Henley-on-Thames in 2001, he has risen effortlessly to the top with little discernible talent, save for self-promotion and looking permanently unkempt.

Now the man who always thought he was an exception, someone who should be “free of the network of obligation which binds everyone else” has finally been brought low by his cavalier attitude to rules, even the ones he set himself.

In the The Sunday Times, Dominic Lawson, son of the former Tory chancellor Nigel Lawson, claims that he spoke last week to a former Downing Street official who said at least two people had told Johnson, after seeing the emailed invitation to the 20 May party from Martin Reynolds his principal private secretary, that this was indeed “a party” and should be immediately cancelled. Lawson claims Johnson’s dismissed this as “overreacting” and praised Reynolds as “my loyal Labrador”.

In the same newspaper, Tim Shipman, chief political commentator, who appears to have a direct line into Downing Street, reports that the PM was furious with his staff last Tuesday after news of more parties emerged and before his appearance at PMQs.

“Johnson did not rant but made it clear he was furious with his team. ‘He had a massive go at them for failing to sort things out,’ one of those present told a friend. ‘He made it clear he thought they had let him down. Boris’s view is that he is not to blame, that everyone else is to blame.’”

He appeared mystified and asked angrily: “How has all this been allowed to happen? How has it come to this? How haven’t you sorted this out?”

Another MP suggests this was Johnson’s message in the Commons tearoom on Wednesday afternoon. If so, it’s hard to see the stream of damaging allegations stopping anytime soon. The scapegoats know who they are and can see what’s coming unless they get him first.

Things must be bad, Johnson is reading his briefs

The past few weeks have clearly come as a shock to Johnson as he contemplates having to carefully scrape a lot of expensive wallpaper off the walls of No 10 to recover as much as he can of the £840 a roll that Lord Brownlow spent before reluctantly being reimbursed by the Johnsons.

A senior minister told Shipman: “He is in total survival mode. He is so worried that he has started to read his [government] papers.”

For someone congenitally incapable of getting on top of the details or reading briefing notes longer than two sides of A4, we can only imagine the trauma he must be going through. If only he had had the shock before agreeing to the Northern Ireland protocol. 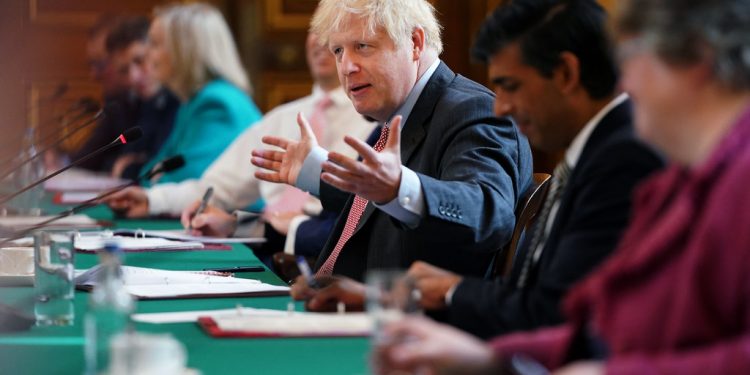 Sue Gray’s investigation cannot save him

The thin hope that he might be plucked from danger by the investigation into Downing Street parties piloted by the second permanent secretary at the Department for Levelling Up, Housing and Communities, Sue Gray, will almost certainly be dashed.

On Saturday we learned from The Times that after almost a month of ‘investigation’, Gray didn’t actually know anything of two parties that took place the night before Prince Phillip’s funeral in April last year, something Downing Street regarded so seriously it has now issued a formal apology to Buckingham Palace.

Neither was she aware, apparently, of the ‘Wine Time Fridays’ held regularly throughout the pandemic. She is said to feel “completely blindsided” by these latest revelations. Her report is now likely to be delayed another week or so.

Given that she is being misled as much as anyone else, it’s hard to take her investigation seriously.

Will we ever discover the truth about ‘partygate’ – and does it matter?

Gray, was once described as “user-friendly” by a former cabinet secretary. It is said she liked to “give advice which ministers like to hear.” There are also claims she was implicated in “withholding information from public scrutiny” relating to the Grenfell Tower fire. It has therefore always been quite likely her investigation will suggest the prime minister didn’t deliberately or technically break any rules.:

Unfortunately for Johnson, this will be superfluous. He has already been found guilty in the only court that matters to prime ministers: the court of public opinion. She may well conclude that nothing is going to save him but she could salvage her own reputation and for once, reveal the whole truth. Who knows?

One Tory MP told The Times that everyone knows Johnson isn’t going to lead them into the next election so why wait? He will be gone by summer, earlier if the stream of damaging allegations about life in Downing Street isn’t stopped very quickly.

How can we tell if Gray’s report is a whitewash?

If Gray has had access to all the staff involved and all of their email records, we should learn a lot more details of the parties and perhaps other parties too. If her report fails to reveal stuff that is not already publicly available and seeks to downplay what is, you can be assured it’s a whitewash. It will mean that Pippa Crerar at The Daily Mirror knows as much about the inner workings of Downing Street as Gray was able to discover after six weeks of questioning those involved. Is this plausible?

Is Johnson the vote winner the Tories claim anyway?

A helpful analysis by the pollster and Yorkshire Bylines contributor, Peter Kellner, for Prospect magazine may assist more Tory MPs in coming to a decision that will seal Johnson’s fate. The analysis shows that his 2019 election victory owed more to Corbyn’s catastrophic negative rating than Johnson’s personal popularity.

Figures from IPSOS Mori reveal that Johnson’s initial approval rating (satisfied minus dissatisfied) in September 2019 was -18, easily the lowest at the start of any premiership over the last 40 years. Thatcher was the next lowest at +2 in 1979.

Johnson’s good fortune was to be up against Jeremy Corbyn at -44. The Tory party won an 80-seat majority in spite of Johnson, not because of him.

In any case, when Tory MP Andrew Bridgen declares the prime minister has lost the “moral authority” to lead and The Telegraph starts to run negative stories about their favourite son and now his wife, you know the end must be very near.