The line between patriotism and nationalism is almost indistinguishable today. Whereas it once meant a devotion to a particular place and particular way of life, now it is about creating an ‘us vs them’. 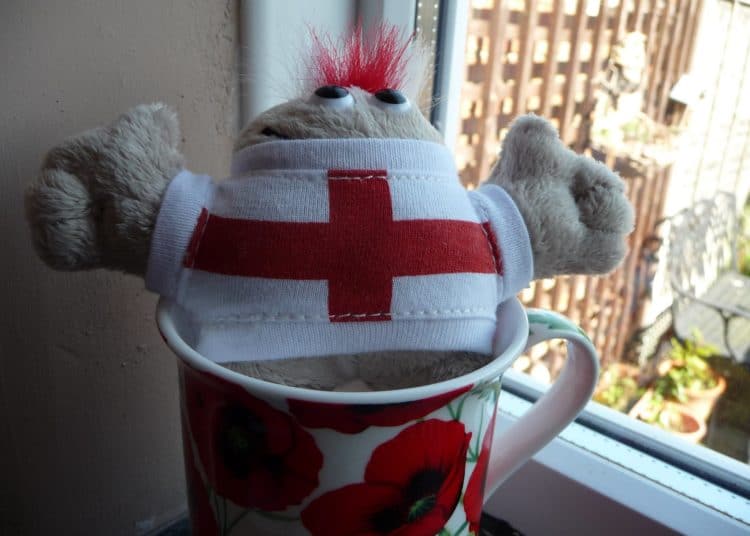 Gareth Southgate’s open letter to fans is a defining moment for those who choose to look forward, rather than relying on past glories.

At the end of every season at Bear Creek summer camp in Pennsylvania, councillors convene for a tongue-in-cheek awards ceremony to collect miscellaneous gongs for their humorous achievements.

As one of only three overseas nationals working the summer of ‘06 I was handed a US flag and the award for the ‘most patriotic councillor’ after I taught several groups of children the words to ‘God Save the Queen’ and ‘It’s Coming Home’, much to the bemusement of their parents who had to endure interesting anthems on their car rides home.

Many of my fellow colleagues had also witnessed my bitter disappointment when England were knocked out of the World Cup at the hands of Portugal on penalties. Wearing the team jersey and draped in a St George’s flag I sulked off into the forest when Christiano Ronaldo sealed our fate.

I remember feeling genuinely heartbroken at the defeat, albeit a little mindful of the imminent threat of bear attacks.

Ahead of the delayed Euro 2020 tournament and 17 years on from my summer in America, the chances of me turning up to England’s opener on Sunday wearing the three lions are slim to none.

For starters I have slightly better taste these days and, what’s more, I would doubtless be ordered out of an England jersey by the missus before I could say vindaloo. But moreover, it would be to do with my feelings towards patriotism, which have now markedly changed.

When I think of the St George’s flag these days I conjure up images of EDL marches through London, of Tommy Robinson and counter protests to the Black Lives Matter movement. When I think of the Union Jack, I see Nigel Farage stood in the European Parliament on the day the UK stopped sending MEPs to its chambers, of the government’s new media briefing room and of the dastardly ship that will cost £200m, even though we can’t afford to feed our own children during a time of great crisis.

As I wrote here, the line between patriotism and nationalism is almost indistinguishable today. Whereas it once meant a devotion to a particular place and particular way of life, now it is about creating an ‘us vs them’.

But as England manager Gareth Southgate pointed out in his evocative open letter to fans this week, it doesn’t have to be that way. Commenting on changes that have come about in the last year he said:

“The awareness around inequality and the discussions on race have gone to a different level in the last 12 months alone. I am confident that young kids of today will grow up baffled by old attitudes and ways of thinking.

“For many of that younger generation, your notion of Englishness is quite different from my own. I understand that, too. I understand that on this island, we have a desire to protect our values and traditions — as we should — but that shouldn’t come at the expense of introspection and progress.”

The letter has garnered widespread praise after it was published in The Players’ Tribune. Labour leader Sir Keir Starmer tweeted “This is England”, while David Lammy said, “This is what it means to feel proud of where you come from”.

But the comment that really grabbed me was from the musician Billy Bragg. In his words, Southgate’s letter reminded us of “what it means to be a progressive patriot”, which is someone who “cares deeply about their country’s values and whether they are upheld, rather than national symbols and how they are displayed”.

Bragg’s comments gave me hope that on Sunday, when England kick off against Croatia, I can still feel pride in being English and confident that, as a progressive, I am living in a country that aspires to be better.

In reality, the patriotism we feel has little to do with a statue of Winston Churchill in Parliament Square. It is about “how we conduct ourselves today and going forward”, and that is something we should all be on board with.